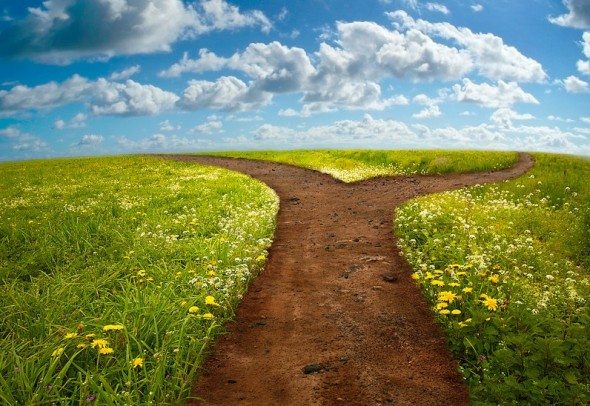 Surprise Pregnancy at a Crossroads

I am coming to you, because I have no objective third party to talk to. I just found out that I am pregnant, about 5 weeks. I have been with my boyfriend for 6 months (I am 24, he is 37 with 2 children).

I live with my father who, last year in November, was diagnosed with stage 4 cancer (lung with metastasis to the brain). My father is still fairly independent, undergoing chemotherapy every 3 weeks and has had two rounds of radiation to the brain. His treatment is purely to prolong his life. We have been told that his cancer is not curable and I don’t know how much longer he is going to be with us. This is a very emotional time for me because I am the only one of my siblings who is working and can help support him (my older sister is unemployed with 5 children living with my mom, my two younger sisters are in college and high school). His neurology doctor is nearly two hours away so I am the one who takes him to his appointments.

My dilemma is that my boyfriend lives 2 hours away and wants me to move in with him so that we can be a family. I, however, feel that I need to stay with my father and support him in this journey. My boyfriend and I are close to separating over this disagreement and discussing this issue leads to heated arguments.

Am I being unrealistic given the situation? The thought of leaving my father is nearly unbearable.

Thank you for taking the time to read this. Any advice would be greatly appreciated.

So yeah, it doesn’t sound like things are off to a super-good start here. I’m sure your boyfriend thinks he’s doing the right/noble thing by pushing for the live-together-and-be-a-family option, but needs to understand that actually isn’t a one-size-fits-all option. Not every couple facing an unexpected pregnancy should necessarily rush into living together or marriage “just because.” Yes, even couples who find themselves overjoyed at the news and have every intention to co-parent and remain romantically involved might not benefit from rushing the relationship timeline.

Let’s remove a couple variables here: Your father is healthy and you are not pregnant. Would you still be considering an offer to move two hours away to live with a boyfriend of six months? Would that offer even exist? Now add the pregnancy back in. That’s still a big decision that I believe deserves some time to consider, like more time than it takes for the pee to dry on the stick. I mean, you’re only five weeks along, he can chill for a little bit while you guys think this through and decide TOGETHER what’s best for you both going forward. Which again! Rushing to move in or get married is not always the right answer, and it also shouldn’t be a “well if we DON’T move in together we might as well just break up” ultimatum.

Your situation is made even more difficult because of your father’s illness and the fact that you are his main support person. I’m kind of wondering what your boyfriend’s solution to that dilemma is. Like, is he gonna foot the Uber bill so your dad can get to his doctor’s appointments? Pay for a in-home nurse or hospice care? Also, what would he hope HIS children would do if faced with this exact scenario? (I’m sure your father will also have an opinion, since he’ll naturally be worried about you and the baby’s future security after he’s gone.)

You sound like your mind is pretty made up: The thought of leaving your father is unbearable, both emotionally and logistically. That’s a brave, loving decision and I find zero fault with it. I’m guessing your boyfriend is hurt because you’re “choosing” your father over the father of your child, because he’s got this whole thing set up as either/or in his head. You’re not refusing to EVER live with him, parent with him, marry him, whatever, just pointing out a few VERY IMPORTANT AND PRESSING REASONS why that won’t work for you right now.

You’re facing a lot of unknowns right now. The fate of your father, a very very brand-new pregnancy, a relatively new and long-distance relationship. There is nothing wrong with taking a few deep breaths and some TIME here. Wait until you’ve at least seen a heartbeat on the ultrasound before getting into arguments with the boyfriend. Try to get a realistic prognosis from your dad’s doctors. (I also found out I was pregnant right as my father was diagnosed with leukemia. He was given three to six months, and we got almost exactly six.) If it really is a mystery, I think you and the boyfriend need to find a middle ground on ways he can feel involved in the pregnancy while understanding your commitment/obligation to your father. Maybe some couple’s counseling would be helpful.

Above all, please grant yourself permission to get really, really introspective here. You are caught in an emotional tug of war here, between two men you obviously love and care about. And now you’ve been handed another majorly life-changing piece of news. This is your life, and there’s nothing wrong with telling BF to chill and back off this topic for a bit while you take some time to figure out what you WANT, rather than what you feel obligated or bullied into.

And while your situation is certainly a very different one than mine, I can say this, since it’s a question I’ve gotten quite a bit: Being pregnant while my father was terminal was a bittersweet blessing. He didn’t live long enough to meet my baby, but the pregnancy and prospect of new life did make things very special and a bit more…bearable, in the end, for me and him and everyone else he left behind. Life goes on. Yours will too. And it’s okay if you feel like pausing the whole living together situation until you are really and truly ready to move on in that particular direction.