Twitter Facebook Pin It Email Article
Prev Surprise Pregnancy at a Crossroads Next Families, Pregnancy & WAY TOO MUCH ADVICE 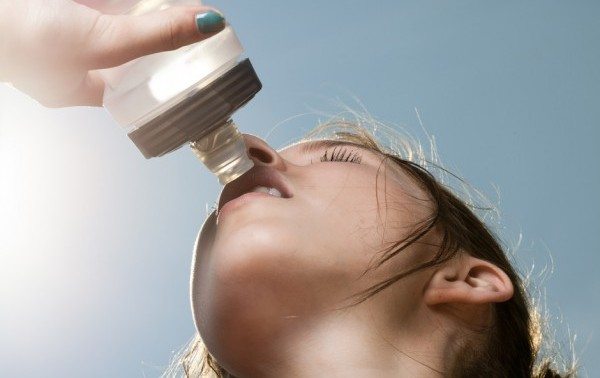 Is It Safe? Hot Yoga During Pregnancy

I recently found out I was pregnant – I love to workout, mostly running and hot yoga twice a week, but I am unsure whether or not I should continue the hot yoga? I have seen so much online that says I should not be participate in hot yoga when pregnant and in the first trimester, but my doctor actually said I should be fine as long as I don’t get light-headed. Is hot yoga safe? The room is humid and heated to 90 degrees. Please advise.

So blah blah blah I am not a doctor, and typically I skip these sorts of questions because there’s little I feel comfortable advising beyond “talk to your doctor.”

You already did that. And I’m going to have to disagree with your doctor.

Your online searching was correct: hot yoga (Bikram) is strongly discouraged for pregnant women. Please don’t do it, particularly in the first trimester. The risks and dangers of overheating a developing embryo and fetus are very real, and many medical experts liken hot yoga to things like hot tubs, saunas and electric blankets (which pregnancy women are also to avoid completely, not just in the first trimester). And while there haven’t been any large-scale studies (mostly because…um, nobody is gonna ask a ton of pregnant women to sign themselves and their fetuses up as guinea pigs), there are plenty of trusted medical sources out there that strenuously advise against it, including the Mayo Clinic and Motherisk Team at the Hospital for Sick Children in Toronto,

Here’s a layman’s language take on the Motherisk Team’s study and analysis, which found that women who suffered from hyperthermia during pregnancy (from fevers, hot tubs, suanas, electric blankets, etc.) were TWICE as likely to have a baby with a neural tube defect (spina bifida or anencephaly). The dangers of excessive heat are real, yo, and while regular sweating during a regular workout isn’t going to pose a problem, pushing yourself in a 90-degrees-and-humid environment definitely increases your odds of raising your core temperature too high.

(You know who DOES encourage hot yoga during pregnancy? JENNY MCCARTHY.)

Generally the “exercise during pregnancy guideline” is that pregnancy is a bad time to start some new, challenging routine or activity you’ve never done before, but anything you were doing before is just fine to continue. (Provided you stay in tune with your changing body and accept that you may have some new limits.) So running, for example! Keep running! Running is awesome and perfectly safe. But because of the heat and the change in your body temperature, hot yoga is a different animal. The heat is the issue, not the exercise. (Note that even experienced yoga instructors in this thread caution against Bikram during pregnancy and anecdotally report that they themselves stopped the activity during their own pregnancies, just to be safe.)

Naturally, there are plenty of anecdotes out there (mostly on websites affiliated with Bikram or Bikram studios, hmmm) from women who continued doing hot yoga while pregnant and were JUST FINE and WHATEVER. And that’s great! And I’m definitely willing to concede that a lot of the fears and warnings we hurl at pregnant women about RISKS TO UR BABYYYY are vastly overstated. But in this case, I just don’t think it’s worth taking the risk. There are other forms of yoga that are perfectly safe during pregnancy and beneficial to the mother…and they don’t come with the possible risk of hyperthermia. Just because you skip the Bikram doesn’t mean your only other choice is sitting on the couch doing nothing for nine months, you know?

I would strongly encourage you to switch to a prenatal or “regular” yoga class, with these guidelines in mind, at the very LEAST until you’re in your second trimester and the baby’s neural tube has closed (around the 28th day of pregnancy). And keep running! Just, you know, in non-100-degree temperatures.