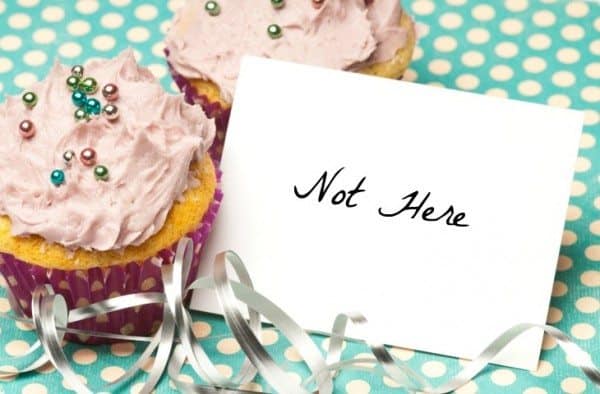 I recently came upon your column and was reading some of your postings.

I have a baby shower question that is bugging me.

My sister, who has been pregnant for about 5 months, recently had a friend send out a baby shower invite (via evite.com). I have known and have helped her throughout her IVF process but when she finally was successful after many years she decided to hide her pregnancy from everyone except my mom and forced my mom to lie about it to everyone in the family. Even when it was obvious that she was pregnant she still denied it by ignoring the questions and eye-contacts.

Once my mom revealed to her that my older sister and I knew, she told my mom she would tell everyone in the family. We thought it would be in the form of a phone call at the least, but two weeks after that conversation with my mom, we all received an evite from her friend announcing a baby shower with a gift registry at her new house (which she recently bought and kept a secret from everyone also). Everyone, including myself, did not know who the evite was from and did not make the connection that it was a baby shower for her. All my nieces and other siblings thought it was spam and deleted the evite.

I researched the email and discovered it was my pregnant sister’s friend and told everyone who then RSVP’ed to her evite invitation. She still has not personally talked to anyone in the family about her baby. I believe that her style of announcing her pregnancy to her family via a baby shower evite with gift registry is very tacky. I have declined the invite mainly because I think she’s been very rude to treat her family this way but have used my twins’ school performance as the reason why I have declined. My mom is complaining to my other siblings that I’m wrong not to attend.

Am I wrong? Am I wrong to be offended by her action and my mom’s action in hiding my sister’s pregnancy from her whole family and especially me who have helped her throughout her IVF process?

Any insight will be greatly appreciated.

I do think you have a right to some hurt feelings here, but I am going to really, really encourage you to put those feelings aside and forgive your sister.

Infertility and IVF is a very, very tough road and it’s not at all uncommon for a kind of PTSD to set in, even after a successful pregnancy and birth. Your sister’s almost pathological determination to keep her pregnancy a secret (even well after the first trimester and once she was obviously showing) probably had NOTHING to do with you or your other siblings and was more rooted out of a terrible, all-consuming fear of losing this super hard-fought-for pregnancy.

I’m guessing here, of course — your sister didn’t write me with her side of the story, obviously — but I think it’s as likely an explanation as any, and one that’s worthy of some gentle understanding for how she handled things here.

My anti- stance on including gift registry information with invitations (weddings, baby, housewarming, etc.) is well documented, though I fully understand I’m fighting a losing etiquette battle and it’s rapidly becoming an accepted convention. But your sister isn’t even the one who sent the evite — her friend did, and we could even give her the benefit of the doubt that the friend was going rogue and pushing her into a shower she’d honestly rather not have. Or she just felt silly making a ton of one-on-one phone calls announcing “news” that she realized everybody probably figured out already, or included the registry information without your sister’s explicit blessing. Or your family has a pattern for being extremely intrusive and all up in each other’s private lives and she didn’t want to field a ton of unsolicited advice or questions or belly pats and figured this was just easier. OR she’s just a walking ball of hormones and emotions and had a temporary lapse in judgement and didn’t really think through how a “pregnancy announcement via shower invite” would play for friends and family vs. telling them over the phone.

Again, I’m guessing. But if you care about your relationship with your sister (and your soon-to-be nephew/niece), I think you 100% absolutely need to Let This Go, put your hurt feelings aside and be the bigger person for your big sister. (And your mom, who was put in a REALLY tough position here, because it REALLY wasn’t her news to tell and she didn’t have much of a choice but to obey your sister’s explicit wishes. In the world of tell vs. don’t tell, telling would’ve been the bigger betrayal of trust, honestly.) Maybe someday you can tell her that yeah, it really stung to not hear the news of her pregnancy directly from her, but for now…well, it’s just not really about you. For some reason — maybe for one of the reasons I listed above, maybe not — your sister opted for extreme privacy for the first half of her pregnancy. Like it or not, she has a right to that privacy.

And while we can certainly raise an eyebrow or two over the shower invite etiquette, I again encourage you to put all that aside and try to see it as your sister’s awkward way of announcing that yes, she’s ready to talk about and even celebrate this much-wanted baby. Forgive her and join the party, and congratulations on becoming an aunt!