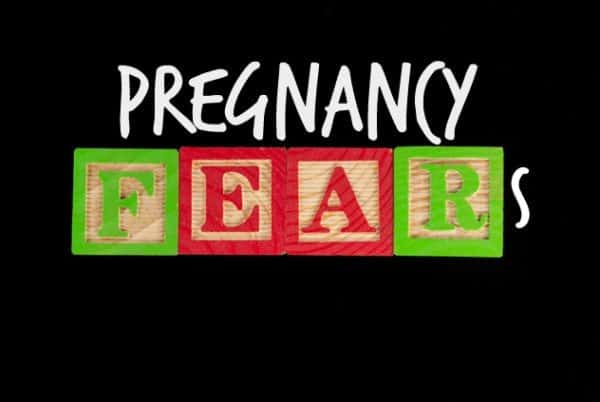 Welcome to a new, on-going series about the most common (and maybe some uncommon) fears we deal with regarding pregnancy. This is a safe space for some sympathy, comradery and friendly head pats with people who have Been There, Are There, or who are just plain scared about Going There.

I get a LOT of letters over at the Advice Smackdown. I can’t answer them all, and not just because of limited posting slots. Sometimes I read a letter and am just like, “Dude. I have NO IDEA.” Others don’t really have an “answer,” because the letter writer is really just putting her feelings down and “out there,” almost like a mini therapy session and the only response I could possibly give is an awkward Liz Lemon “there there, please no cry” and wish her the best.

The most common kind of letter like that? The TTC (Trying To Conceive) letter.

The woman so who desperately wants to be pregnant but isn’t, for whatever reason. Maybe her partner isn’t on board yet. Maybe they’ve been trying for awhile with no success. Maybe they’re debating how far they’re willing to go. Maybe she’s single and afraid of missing her chance unless she goes it alone.

And because I am not a doctor or a life coach, I can’t really offer any advice, which…you know, is kind of the point of the whole column. I don’t know what you should do! I don’t know how to convince your partner to get serious, or how to not shoot fire eyeballs at the pregnant coworker two cubicles down! And I definitely don’t know why your periods are irregular! I don’t know how long you should keep going on your own before seeing a doctor! I don’t know if it’ll take charting or Clomid or an IUI or IVF or “just relaxing” (GAAAAHHHHH SHUT UPPPPPP) or what.

A lot of these letter writers are young…at least to me (smacks gums), but they’re already convinced that they’re staring down the barrel of the end of their fertility. And if they don’t conceive rightthiscycle, it will never happen for them.

And you know what? I WAS EXACTLY THE SAME WAY.

I was 27 years old when I gave birth to my first child, and yet I’d already spent several years gripped in a terrible TTC limbo, singularly focused/moderately obsessed, angry at my body and thoroughly convinced that I was already behind the eight-ball when it came to my fertile years. Forget having the multiple children I dreamed of having before I was too “old,” having a baby was just never going to happen for me.

That particular fear was so strong I can still almost taste it, 10 years and three successful pregnancies later.

When you want to be pregnant and aren’t, everyone else in the world seems to be getting pregnant with ease. You alternatively Google “earliest pregnancy symptoms” (which cruelly and ironically overlap with “common PMS symptoms”) and all sorts of various problems and conditions you might have. You might not admit it, but you start to deeply resent other pregnant women, as if fertility was some zero-sum game where their success is an active threat to yours. And dear god in heaven if one more person asks about your plans for children or tells you to just relax you are going to straight up LOSE IT.

If you’re reading this and are still in that space…well. There’s a reason I spun this topic out of the advice column. I don’t know how to help or what you should do next. I can’t even give you a real hug or point to some specific thing I “did” to magically conceive and make it all better.

Writing about it helped. I wrote about our troubles online, as did many other bloggers who didn’t feel at home on many of the TTC message boards (which at the time were filled with posts full of animated blinking emojis and people sprinkling virtual *****baby dust***** on each other and oh my God stop stop). (Is this still happening, by the way? I feel like it’s probably still happening.) In real life I was very selective in who I confided, and some days my writing stayed private and unpublished.

If you’re still in the “I’m not getting pregnant and have no idea why” stage, I’d recommend picking up a copy of Taking Charge of Your Fertility. Which OF COURSE has a companion app now, something that definitely didn’t exist back in Mah Day. (There are actually quite a few charting apps out there, so if you have a favorite, please give it a shout out in the comments section below!) I thought I was a pretty educated/smart lady-person but even I was surprised at how much I didn’t really know or notice about my (crazy irregular) cycles until I read that book.

If you’ve been trying for a year with no success (or are on a tighter timeline given your age), talk to your doctor. This isn’t admitting defeat or signing up immediately for expensive, invasive fertility treatments. But it is better to know exactly where your challenges are coming from, if at all possible. It’s a scary appointment to make, but knowledge is power, and at a point you do want to make sure you’re not wasting your time unassisted.

Most of all, I’m sorry. I remember how it feels, and how hard this is for you.

And that I really, really hope it happens for you.