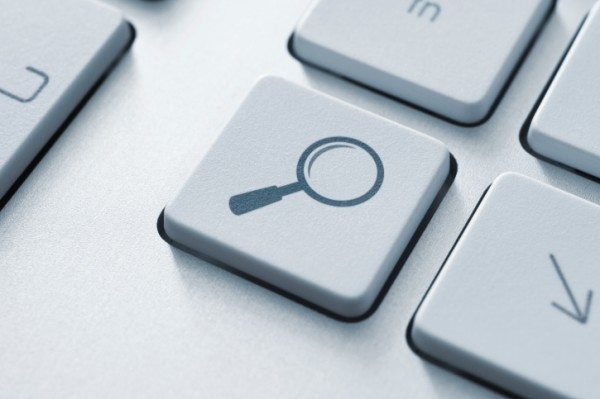 Your Guide to Plus-Size Maternity Clothes

You’ve written about buying plus-sized maternity clothes before, and I was hoping you had some updated information.

I’m currently 6 weeks pregnant, and I don’t need full maternity clothes yet, but I’m already having to replace my bra. Taking my current one off every evening is an exercise in torture. And I was looking online for maternity clothes for people my size (to get an idea about what if available) and while there is more of a selection than the last time you did something on plus-size maternity, a lot of what is available is outside of my budget.

I’m also going to be getting big in the winter, and even in places that otherwise have a lot of stuff, I can’t find any plus-size maternity coats. It gets really cold here, so this is a major issue for me–I need something I can layer up under and still button up. I’m not trying to lose weight, per se, but I also haven’t put any on since the beginning of my pregnancy (thank you, morning sickness), and I think I’ll mostly grow forward, so I don’t know that going with my usual brands and just sizing up will work. I’m not desperate yet, and I thought it would be a good idea to write to you before I got there.

Since it’s been more than a few minutes since my last pregnancy, I asked a handful of Facebook friends for their opinions and recommendations on the current state of plus-size maternity clothing. Where did they shop? What did they buy and what did they skip and what brilliant hacks did they invent to get the most out of their pre-pregnancy wardrobe? You’ll see that the three online brands/ retailers that received the most shout-outs for their plus-size maternity clothes were: Old Navy Maternity, Target Maternity, Motherhood Maternity and Belly Band.

Here’s what my friends had to say and are recommending:

I’m tall (5’10”) and plus size. For some reason, a lot of sites have tall sizes in S-XL and then a plus-size section with only regular length. Because I guess tall people can’t be fat? So it’s already difficult for me to find clothing, but then I got pregnant. I can tell you, plus-size tall maternity pants either do not exist or they cost a fortune.

For my first pregnancy, I was really only visibly showing during autumn and winter.

For my second pregnancy, I was showing sooner and staying home.

Amy chiming back in to echo ALL PRAISE AND GLORY TO THE BELLY BAND. I owned several in various neutral shades (so if they were ever visible it’d look like I was just layering over a tank top). An absolute must-have, if you ask me. (Which you technically did, so there!)

I had two plus-sized pregnancies. I am normally a size 20 – 24 (and then-some at certain points) with size 2x -3X tops for the most part.

Amy again! Thrift, secondhand, resellers and hand-me-downs would be my top personal recommendation for the winter coat problem. I only had one pregnancy where I was significantly showing in the winter, and I inherited a few maternity coats from my sister (who had a pregnancy in NYC during a particularly brutal winter). The coats were all about six “seasons” old at that point, but in reality, had only been actively worn for a few months and were all very “classic” looking and practically brand-new. My sister also had a trick where she found an inexpensive-ish maternity puffer vest that she would put on first, zip up over the belly, and then layer a non-maternity winter coat (and leave it unfastened) when it was super-duper cold.

I was pregnant with my second child from October 2018-June 2019. I was a size 16 pre-pregnancy so I’m on the lower-end of the plus-size clothing but especially with jeans often needed that section.

I had great luck at:

I had some maternity clothes from my first pregnancy but they were different seasons (January baby and late June baby) so I ended up wearing a lot of maxi dresses during this pregnancy. I also literally wore three Old Navy maternity tops with ruching for the last two months and a lot of long tank tops with drapey sweaters for the majority of both pregnancies.

The winter with my January baby I did just size up and wear a woolen peacoat from my mom that was an XL and that fit and I could button it. I also just didn’t button some of my nicer coats but I also live in NC so it’s not terribly cold here most of the time. I never bought a new coat for either pregnancy, I was incredibly hot as a pregnant person so even when January baby was born and it was 30 degrees with 8 inches of snow on the ground I just wore a very fuzzy, thick cardigan from the sleep section of Target my MIL gave me.

Bra wise, I just went ahead and wore nursing bras when my boobs were hurting, usually sports bra style which was also from Target but I never wanted to spend money on anything more high quality. Like her, I didn’t put on much weight initially and most of my dresses and tops that weren’t maternity we’re fine and buying new pants was my main issue.

Amy’s input again: Yeah, yeah. I said my opinions were too old to be relevant and yet I apparently still cannot shut up. But I completely forgot about the body temperature thing until Elizabeth mentioned it! I too! Was an incredibly hot pregnant person. I had two summer pregnancies in D.C. and naturally assumed none of my maternity clothing would be useful for a winter pregnancy. Except I still felt like I was walking around with a space heater strapped to my abdomen and got a lot of mileage out of my more inexpensive, lightweight clothing that I would have guessed.

For reference I am a 16W-18ish depending on the brand, I didn’t gain a ton of “real” weight while pregnant, but I had a ton of water weight (thanks preeclampsia!). I am an hourglass shape with apple leanings.

A good reminder from Lexa that by shopping selectively and strategically, you can build a full maternity wardrobe with just a few purchases! The same black work dress can be changed up with fun jewelry, scarves, hosiery, stretchy cardigans, etc. NO ONE IS GOING TO JUDGE YOU if you heavily recycle the same dress/skirt/pants during your pregnancy. We’re all in this shopping wasteland together, after all.

And before I kick it over to the comment section, here a few extra short-n-sweet Facebook comments from friends on the topic:

Martha: Just saw a post from actress Danielle Brooks (of Orange is the New Black) that she loves to take advantage of Universal Standard’s Fit Liberty policy (you can exchange clothes for free within a year if you change sizes) to be able to use a lot of their clothes during her pregnancy. Might not be traditional maternity source, but a lot of their styles could work, and they’ve bundled the best options into kits for expectant moms!

Meredith: I had our daughter in 2014. It’s slim pickings. Old Navy had some up to an XXL. Outside of that, I wore clothes from Motherhood Maternity. They carry plus sizes online but not really in stores. We live near an outlet, so I could buy things there and try them on. I live in Alabama, and it doesn’t get super cold for long here, so I didn’t have to worry about a good heavy coat. Capes and blanket scarves did okay. I had one coat that did fit and got me through Snowmageddon that January. It’s slim pickings for truly plus sizes women in the maternity lines though.

Erin: ThredUP was actually very helpful for me — I bought a bunch of clothes there and then was able to send them back for resale after baby came. I also bought a couple lots of plus size maternity clothes on eBay — same idea as ThredUP but typically older items with a bit more out of date on style…but if you just need some black pants for work, you can find it. For new stuff, Old Navy & Target were my go-tos for casual stuff and LOFT actually had some good maternity options for more formal work-wear.

Jenn: WRAP DRESSES. It’s also been a minute since I was last pregnant (my youngest is 5) but wrap dresses let me get away with not buying a lot of actual maternity clothes and they were often good for nursing too.

Diane: I loved Target’s different lines in maternity wear. Even for XXL. I have an empire waist dress I fell in love with so much that even though it’s too big, I can’t bear to part with it. It’s so pretty. I pretty much stayed at Target, or checked out the sale rack at Motherhood Maternity.

Katie: My (third) child just turned two, and I essentially sourced from eBay when I was looking for specific pieces (maternity convertible cargo capris for double duty spring through fall wear). My favorite stuff came from a friend who had picked some really nice pieces to wear from department stores – I am tall as well as plus size and Target was hit or miss for pants but great for shirts, and Old Navy was ok but sometimes the sizing was inconsistent. Motherhood Maternity is good for some things but they need to update their style.

Tiffany: I didn’t wear maternity clothes… I wore a Belly Band with jeans and tunics or fitted dresses. Six foot tall and size 24-26 plus. I bought the Belly Band at Walmart after I priced Motherhood Maternity’s at “GTFO.”

More on Building a Maternity Wardrobe at Alpha Mom:

1. In Search Of: Plus-Sized Maternity Clothes
2. Five Steps to Extending Your Non-Maternity Wardrobe Throughout Your Pregnancy
3. How Soon is Too Soon For Maternity Shopping?