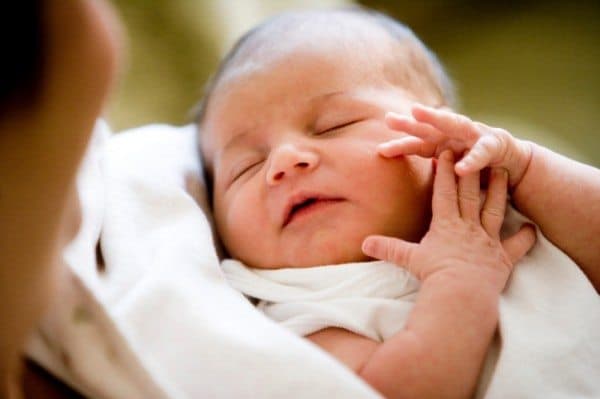 How To Handle Baby Name Regret

A few weeks after I gave birth to my second daughter, I looked at that precious little girl and thought to myself,  “I love you so much and I really don’t like your name.” There was nothing wrong with the name exactly. I just didn’t love it. And it wasn’t her.

During my pregnancy, I never paid much attention to our choice of girl’s name. Because I just knew in my heart, I was having a boy. It just felt like a boy and how could a mother be wrong? This mother was very wrong.

I didn’t tell anyone about my baby name regret. But I never called my daughter by her name. I mostly called her “the baby.” I would bristle when others called her by her name which is ridiculous because what else were they supposed to call her? My hope was that I would just get used to the name and I was too exhausted from taking care of a newborn and a toddler to figure out what to do.

But after 6 months, I burst.

I finally confided to a friend, “I really don’t like my daughter’s name and I don’t know what to do about it.”  And then I started crying.

I looked for signs that she thought I should be in a mental institution. But she was very supportive. I was relieved. Maybe I wasn’t crazy after all?! Telling my husband was more difficult.

“What do you mean it isn’t her name? Of course it’s her name! That’s what I’ve been calling her,” he responded completely confused.

But it wasn’t her name. And I should have spoken up months earlier. He finally agreed to change it. We renamed our daughter Summer and I knew it was perfect.  Was it awkward to change my kid’s name at 8 months?! Hell yes. But I never regretted my decision. Not for once second.

Not every mom makes this choice.

An online acquaintance, Melissa Banks (name has been changed), told me how she regretted her daughter’s name the minute she announced it. By six months, she was convinced they needed to change it but her husband loved it. “A part of me also believed only ‘crazy’  people change their kid’s name so I felt totally trapped. I had to remind myself there wasn’t a right or wrong choice, just a different road to be taken,” Banks says.

By the time Banks and her husband came up with a new name, she felt like her daughter had grown into her original name so they decided to stick with it.  But Banks does think moms should be given more time to hold, feed and get to know their baby before being pressured into picking a name.

“The hospital comes in with the paperwork before you even get a second to shower after labor!”

Not only should you take time to get to know your baby a bit before settling on a name but make sure you love the name. This can be difficult when moms and dads disagree on what to call a child. Now that I’m pregnant again, my husband texts me with the most ridiculous ideas for names so this could once again be a challenge.

And if you do have feelings of baby name regret, open up about it to your spouse and friends as soon as possible. You are not crazy (I promise!) and you will find the right answer for you and your family. Feel free to contact me and I will assure you that it is perfectly normal to feel this way and you will find a solution.

As for Summer (who is now 6), her old name is part of her history.  In fact, her siblings get jealous that they don’t have a former name.  She loves to tell people that she wasn’t always named Summer and I just know that as a rebellious teen, she’ll probably threaten to change it back.  But for me, she’ll always be my Summer.