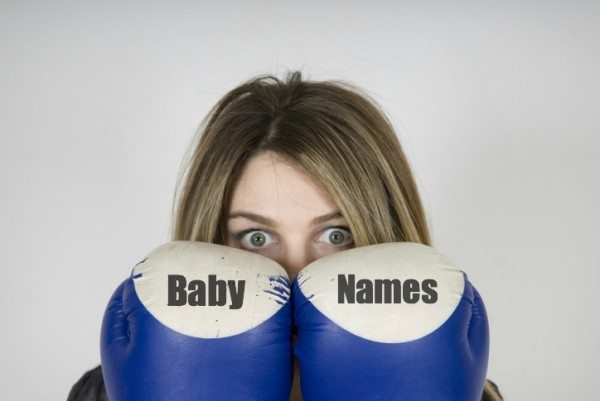 I have a question and I don’t know who else I could ask. I’ve seen you give out some amazing advice, so I thought you might be the best one to answer it.

I recently had a little boy, he’s currently eight weeks old. We chose not to find out what we were having, so we had several names picked out when we went to the hospital. We had two choices for a boy – name him after my husband and have him be the third, OR name him after my husband’s best friend who passed away (I’ll use ‘John’ for the purpose of the story). When people asked us what we were having, we were open about our choices. Towards the end of my pregnancy, my sister-in-law found out that she was also expecting. We were thrilled!

Fast forward a bit to the arrival of our little guy. We were so torn on what to name him that it took us an entire day of actively debating. In truth we loved the idea of naming him after my husband’s friend more, but we were afraid that if we didn’t use my husband’s name we would end up never having another boy to use it on. So, we named him after my husband. (And we don’t have any regrets about it. Isn’t it funny how babies become themselves?)

Anyway, fast forward a little more. My sister-in-law was having some complications with her pregnancy and ended up losing the baby at nineteen weeks. My heart is absolutely broken for her. But here is my problem – the baby was a boy and they named him our second choice name – ‘John.’ I’m not upset with her for choosing the name, but I know that I told her it was one of our choices – perhaps she didn’t remember. My husband and I were planning on using the name in the future, if we have another boy. I don’t want to cause any awkwardness or end up hurting her by using what was our dream name. Should I just let it go until we’re expecting again and then ask her how she feels about us using it? (I definitely won’t be talking to her about it anytime soon and risk hurting her.) Or should we just drop the dream name that meant so much to us? I would never want to hurt my sister-in-law or cause any problems, but we would still love to use the name.

There are so many hypotheticals swirling around here it’s making my head spin a little. I feel like eight weeks after the birth of baby number one is a litttttttle early to be worrying about a possible baby name turf war for baby number two. Who might not be here for several more years, who might be a girl, who might just not feel like a ‘John.’ And it’s also really too soon to have any real sense of how your sister-in-law will process her loss or feel about another baby in the family getting the same name. Best to table the whole issue now, because there’s not really a reason for it to exist as an “issue” yet.

Perhaps, down the road, your “dream name” might not feel like such a “dream name” anymore. It’s now associated with the death of a loved one twice over. You might find that it’s gotten too popular or that there’s a close variation on it that you like just as well. (Add it as an inspiration on Nymblr and see what suggestions pop up.) You might fall in love with a completely new name that you never considered the first time around. And yes, you will definitely need to discuss using the name with your SIL, and she may very well veto your using it. Would that be unfair of her? Maybe a little, but I think respecting her loss and wishes in the name of family harmony and sensitivity are more important.

(Maybe it would make a good middle name? That might be an easier “sell” for your SIL — not having to constantly hear/say her deceased child’s name in reference to a  living child.)

Personally, and this is just us, we basically started our baby name discussions from scratch each time around. Despite having three boys and typically having two names “in play” up until the day of the birth, none of the second-choice names ever really got considered again. I’m not sure why. I still love all our backup names, but once we deemed them not “right” for one of our babies they never felt “right” for any of the subsequent babies either. (And yes, I know what you mean about how babies become themselves! We always briefly debated the first-choice/second-choice names before filling out the birth certificate, but all three times it was instantly clear to us that our first choice was just who he was already.) So as much as ‘John’ means to you right now, you might feel more open to a new possibility down the road, particularly if you sense your SIL seems protective of her son’s name.

And sure — there’s always the chance that in a few years, you’ll be expecting again and still feel very strongly about the name, and can present it to your SIL as a way to honor both your husband’s friend AND her son. She might be touched and give you her blessing.

(And then you have a girl anyway. Good one, universe!)

But who knows! It’s certainly not a topic you have any reason to bring up anytime soon. You’re not even on Step One of the Baby Number Two Naming Process and you’re worrying about Step 763. Accept that you might not be able to use the name. Try to be okay with that, even though sure, you might still be able to use it, maybe. But again, who knows! You might not even want to us it! Or need to! (See: girl babies from here on out.) Let it go for now.