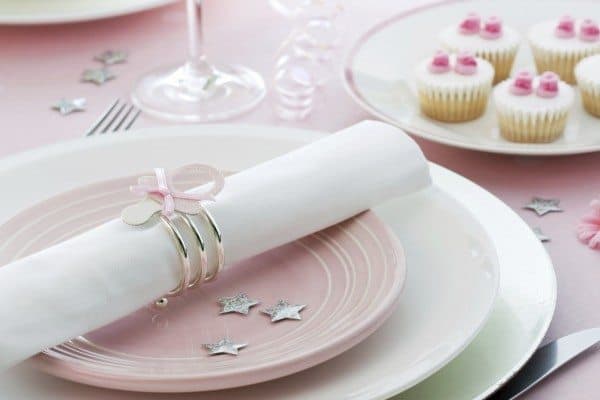 I love your site and your advice and I find myself in need. I have an etiquette question needing to be answered.

I have two fantastic friends who are working together to plan a baby shower for me. They both work and have their own families and priorities and I’m just so grateful and touched by the gesture. Especially because none of us are made of money, and I recognize how generous they’re both being. So, with that in mind, I tried my best to keep the invitation list under control and be selective in my invitees making sure that there’s a good mix of family, friends, and friendly co-workers.

One such co-worker, let’s call her P, has us a bit puzzled. P and I aren’t terribly close, but we’re definitely work friends. We’ll go to lunch once in a while, And we know a little bit about one another’s personal lives, but it’s not like we have an open invitation to one each other’s homes or like P would be the first person I’d call in a moment of crisis. But she’s also been very enthusiastic and supportive of my pregnancy, and I wanted her to be invited to the baby shower.

A save the date evite has gone out addressed to P alone, and P has RSVP’d for two. For her and her daughter. Her daughter who I have never met. Who, I guess, is visiting from out of town. So, what’s the etiquette here? On one hand, I understand that you wouldn’t want to leave your out of town guest at home to entertain themselves when they traveled across the country to spend time with you. On the other hand, it feels a little rude to me for P to assume she can bring someone – especially since my two friends hosting are really trying to splurge and the shower is likely going to be held in an upscale hotel where the cost is per-head. I don’t really want to celebrate this special occasion with someone I’ve never laid eyes on! I guess I’d feel differently if P was a life-long friend or family member, but she’s a co-worker. I know, it’s probably not right to categorize people here, but I just don’t know how else to make sense of the situation and how to react.

The etiquette of the “uninvited plus-one” is that yes, it’s rude. Very, very rude. And yet so many people continue to DO THIS, even at weddings, when the costs are ALWAYS per head, and the bride and groom ALWAYS have a max head count and are ALWAYS struggling to pare down the guest list…and yet how many of us have received RSVP cards back — be it your wedding, shower, the 50th anniversary party you threw for your parents — with a stranger’s name scribbled down? (Or my favorite, when a singularly-invited, no-plus-one-on-the-envelope person just writes “AND GUEST,” just because they want the right to bring someone they maybe haven’t even met or decided to ask yet.)

And for the record, I don’t care whether this was a wedding or a shower or a birthday party, or whether it was an online Evite and not a formal envelope situation — it’s rude to assume you’re free to bring someone and put the party planners in an awkward situation like this. If “and guest” isn’t written on the envelope or somewhere in the Evite details, if it doesn’t specifically say that spouses or significant others or children are welcome to attend, DON’T ASSUME THAT YOU CAN BRING THEM. Pick up the phone or shoot an email back and ASK. Explain the out-of-town relative situation. At that point, if it’s just a casual shower at someone’s house (like maybe P assumed it would be), the hostess is free to officially extend the invitation to the guest…or to apologize and explain the budget and head count restraints. A strict policy on plus-ones may mean some people can’t or won’t attend. That’s fine, and yet you are completely within your rights to SET a policy on plus-ones, be it “long-term dating partners only” or “guests of immediate family members only” or however you want to slice it up. It’s YOUR PARTY, and seriously, I hear you: I wouldn’t want strangers at my baby shower either.

But anyway. P didn’t do anything really right here. She made an assumption and you guys are just going to have to correct her on that assumption — preferably before the “real” invites go out, and preferably one of the hostesses should handle it, rather than making you (the guest of honor) be the bad guy with your co-worker. Something like this:

“Hello, P, this A, and I’m Preggo’s friend, and hosting her baby shower. I JUST noticed that you RSVP’d for two people on the Save the Date, but unfortunately the shower is taking place at a hotel restaurant — so we really don’t have unlimited space. And because of the set head count and budget, we need to keep the guest list to our original list of invitees only. I’m so sorry, and I hope you’ll understand, and of course we’d be happy to let you know if anything changes and we have more room after all.”

P might be super-apologetic for misunderstanding the shower vibe and location, though I also can’t promise you that P won’t feel annoyed or put-out, or ask something silly like “what if my daughter promises not to eat anything!” But I can assure you that you and your friends are perfectly within your etiquette rights to put the kibosh on her uninvited “and guest.”