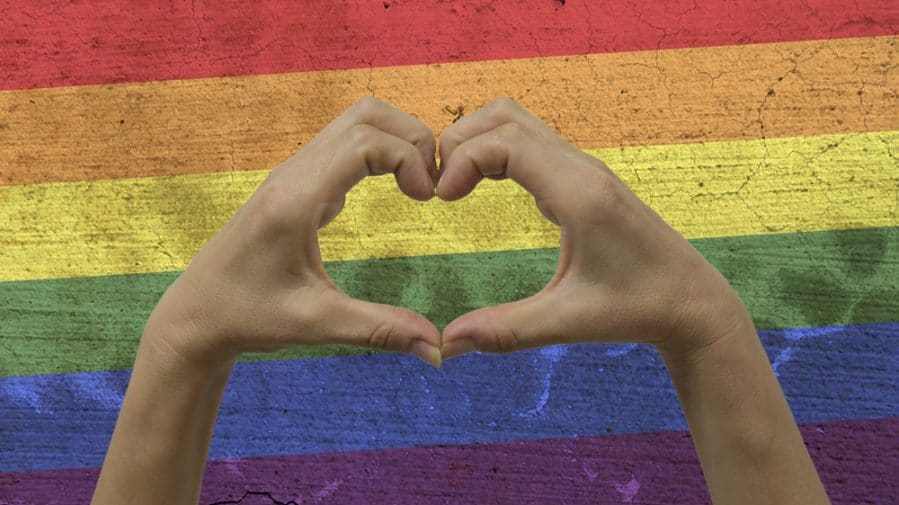 If Your Kid is Coming Out, Today or Any Day (What To Say and NOT Say)

Happy National Coming Out Day! This year marks over 30 years for such an event, and while progress has been made in the United States towards equality for all regardless of their gender identity and who they love, there’s still a lot of work to do.

I’m not going to get into an argument with anyone about whether or not anything other than cis-gender, heteronormative standards are “acceptable.” My stance is that the God I believe in doesn’t make mistakes and loves unconditionally, and if you believe differently, that is certainly your prerogative, but I’m not interested in debate. I know that plenty of people throughout history have grappled with depression, discrimination, and violence due to being different. I know that I don’t want to live in a world where those differences are an excuse to try to make others’ lives awful. Again, if you disagree: this is probably not going to be the post for you.

Because it’s National Coming Out Day, and because I’ve never written about it before—but my queer kid is now a legal adult—I decided to subject said adult-age-kid to a mini-interview to help me today. She was happy to help, but also sort of suspicious of the whole thing. Why did I want to write about this? What did I want to say? So I tried to explain that I hoped we’d always given her the support and room she’s always needed, and that she knows her orientation has never been an issue with us (“I know…” complete with eye-roll), but that there are plenty of parents out there who are either worried or unsure if they’re handling things the right way. Lucky for me, she was willing to recap and brainstorm for a bit.

“When you first asked me if I was gay it made me really mad,” she said. “I felt like, it’s part of my identity, I should’ve had the opportunity to bring it up when I felt like it, not that I should kind of be backed into a corner with you wanting to know what was going on. I was mad about that for a long time.” Mea culpa, and she’s absolutely right. I confronted her back when she was in middle school (in my somewhat weak defense, there were a lot of issues brewing at that time, and we were very busy trying to figure out what was happening and how to help her), thinking that it wasn’t a big deal to ask because we’ve always been very open about everything. I was wrong about it not being a big deal; I shouldn’t have done that.

“Fair enough,” I said (after apologizing, again). “What should I have done, instead? What can or should a parent do if they suspect their teen is feeling different and nervous about coming out?”

“Just talk about it in more general terms,” she said. “Like, don’t ask. Just remind them that no matter how they feel, you’ll always love them. And whomever they choose to love, that’s their choice.” I pointed out that we had always done that, and she agreed. We also talked about how whenever the kids were little and talked about future dating, we always added “or boyfriend” to her brother’s “girlfriend” and “or girlfriend” to her “boyfriend.” “That’s what I mean, it was always just sort of part of our discussions and I knew you wouldn’t be mad or anything. But if a parent is wondering, it’s still kind of a confrontation to ask. Just reassure, always. Let them know there’s nothing they could do that would make you love them any less, and that they can always talk to you.”

“I think it’s very dangerous territory when people start talking about all of these various labels and how it’s maybe ‘trendy’ for kids to declare themselves bisexual or demisexual or pansexual or whatever,” my daughter said. “Because on the one hand, okay, maybe it is true that some kids just think it’s hip or whatever, or maybe it’s true that some kids who never would’ve been comfortable coming out as anything other than 100% straight now have more options for describing how they feel, but no one wants to share something of this nature and be met with, ‘Are you sure?’ or ‘Well, okay, that’s how you feel now.’ I would say that parents (and friends) should just take anything like that at face value. If someone is telling you something this personal about their identity or orientation, just believe them. Just accept them. Don’t try to figure out if it’s a phase or an attention thing, because that immediately puts them on the defensive and is invalidating. I mean, of course teens are kind of flailing around figuring out who they are and some things may change, but just be with them in the right now as best you can. That’s all anyone wants.” In other words: when someone tells you who they are, believe them.

We had a long and interesting discussion about labels. Some people find them validating and useful; others find them limiting and/or unnecessary. “It’s totally individual,” she said. “I don’t really care about labels. I don’t feel the need to say ‘Oh, here’s this word that’s me and you must use it or I’ll get offended.’ But some people do. And you just kind of have to follow the other person’s cues.” So for my daughter, her usual descriptor—if she must use one—is “not straight,” but she doesn’t really care. On the other hand, we both know folks who have very specific labels they feel are important. “And names and pronouns, that’s just a respect thing,” she added, referencing agender/trans folks who have asked others to call them by a different name or use a different set of pronouns. Bottom line on this one: it’s a matter of respect to honor what someone asks you to use when referencing them. It doesn’t matter how you feel about it.

The cardinal rule of the Gay-Straight Alliance group at my kids’ high school is that it’s a safe space and no one there will ever “out” another member, even to other LGBTQ folks. This is a good rule of thumb no matter how comfortable your kid is with their particular difference/orientation. I obviously know my kid is gay, but it’s not my place to ever bring that up—even obliquely—in any setting where I don’t know if that’s common knowledge. She gets to decide when and how (and if!) she discloses. I don’t get a pass for being her mom. In fact, I might argue it’d be a more egregious transgression because I’m her mom. [Note: She obviously knows I’m writing this piece, which one could argue is an “outing” of sorts. But I have permission, and this is different from in-person, face-and-name-attached interactions.]

Also, even though you would never question your kid’s assertions, there is always the possibility that their identity will continue to evolve or outright change, and just as you accepted them in the moment when you first discussed, so, too, should you continue to accept whatever new information is added. Proceed on the assumption that everything is true right now and just continue with that unconditional love no matter what your personal assessment of that information may be. (I understand that in some situations that’s hard, and I’m not making light of that.)

My daughter reports a few friends whose parents are… shall we say… a little too enthusiastic. Being supportive is great, but being in your teen’s face all the time is not (no matter how well-intentioned). “You know, if you were constantly like, ‘How about her? She’s cute!’ that would be totally annoying,” she said, when I asked for an example. No one needs their parent to start dressing in head-to-toe rainbow or constantly picking fights on Facebook with anyone who isn’t 100% on board with equality or whatever. Think about it: the stuff that irritates the average straight teen is probably going to similarly irritate the average queer teen. (Surprise!) Use common sense. And if you can’t manage that, pay attention to your kid’s cues; most teens I know aren’t shy about letting their folks know when they’re being obnoxious.

Gay or straight or anywhere in-between, if you have tweens/teens, today would be a great day to reiterate that love is love, and you love your kids no matter what.

Looking for resources? My daughter suggests GLSEN and The Trevor Project for teens, and I recommend PFLAG for parents who are looking for support.