Twitter Facebook Pin It Email Article
Prev If Your Kid is Coming Out, Today or Any Day (What To Say and NOT Say) Next Globetrotting and Homeschooling and More, Oh My! 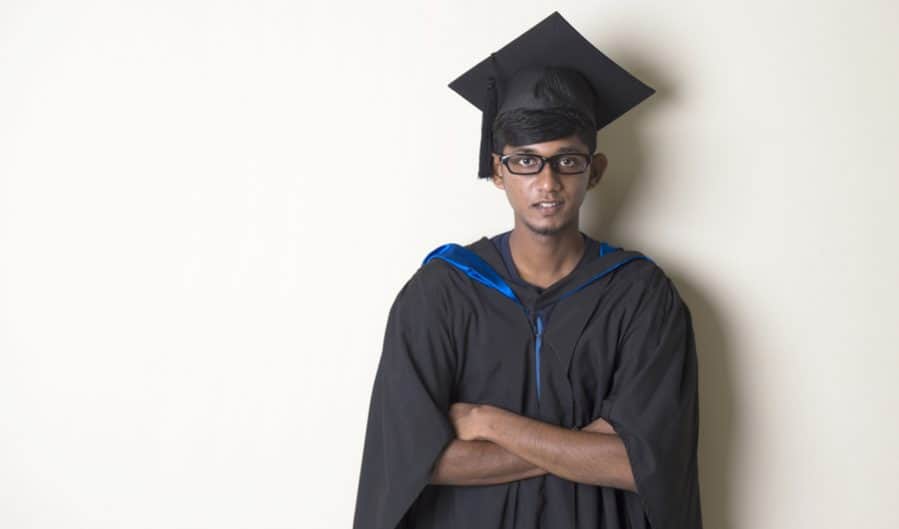 Another Portrait of Senior Year Triumph (or not)

There are—for me, anyway—so many things to love about senior year of high school. While other parents are getting teary or outright crying about the “lasts,” in general I’m over here refusing to be sad. I wrote the linked piece there over a year ago, when my oldest was embarking on her senior year after a long run of difficult times with her health (both mental and physical); by the time we made it to her last year of high school, my excitement for her unfolding future canceled out any wistfulness I might have otherwise had over seeing my “baby” greet adulthood. Now as my youngest is racing through his own senior year (is it just me, or does this year go really fast?), I thought it might feel different, but it doesn’t.

I am still cheering every milestone, with no room for sadness about how quickly it all happened. After six (!!) years of working Concessions at football games while both kids committed every weekend to marching band, last Friday I finished my last shift (there’s only one home game left, and it’s Senior Night, so I will be taking the night off to walk my senior across the field and actually watch the game, for once) and couldn’t resist throwing my hands in the air and shouting, “I’m done! So long, suckers!” I put graduation day on the calendar with lots of exclamation marks. I ordered my kid a yearbook and a cap and gown. While my son’s trajectory was different from my daughter’s, he, too, has entered senior year as the most “himself” he’s ever been. This year he is confident and happy and finding his place in the world and planning for his future with excitement rather than anxiety. The road hasn’t always been smooth, and I could never wish for the past when the present is—finally—everything we’d hoped.

So no, there is no sadness here. Senior year at Casa Mir is 99% awesome, but with that caveat, today I feel the need to complain about the remaining 1%.

Look; my husband is a photographer. My husband is a professional photographer who worked in the industry for years and now teaches photography at a big university and yes, I am spoiled. Sometimes I joke that I married him purely for the amazing photos he’s taken of the kids over the years. I don’t expect to get photos like that from the folks who show up at the high school on assigned days and tilt the kids’ heads this way and that for their “formal” shots. But I forgot about all the rest of the horror.

Last year, my daughter went for her senior sitting while she was displeased with the color of her hair. (She colors it regularly, and at that time, the beautiful, painstaking rainbow-color she’d started the semester with had faded out quite a bit.) Did she want to color again before her pictures? No, it was fine, never mind, she said. But then the proofs came and she hated all of them because 1) her face “looked funny” (it did not), 2) her hair color was “awful,” and 3) no really, her hair was “all flat” (she had flat-ironed it) and terrible, and why had I let her go with her hair like that?? We were not allowed any input into which photos she chose for the yearbook, though she wanted veto power over which pictures I ordered. In fact, it ended in tears when I refused to simply comply with her demand to “not order any,” because I am The Worst. (Good news, though: when I pulled out the pictures I’d ordered in the spring when stuffing envelopes/sending out graduation invitations, she got mad at me all over again!)

This year, my son asked me to go with him for his senior sitting. The problem here was that, like a lot of other people on the autism spectrum, my son has a very difficult time smiling on command. Posing for photos is torture, for him. He doesn’t have a good sense of what his face is doing, and so the directive to “smile!” often results in a grimace. This is particularly frustrating to me as this is a kid with a beguiling smile and adorable dimples, but you’d only know that if you weren’t trying to take his picture. I was there to run interference; basically I asked the photographer to be okay with a neutral face and/or me just talking to my kid rather than commanding a smile, and that sort of worked. I got to look at a few of the photos as they were taken, and it seemed like we’d managed to get through it okay. (Make no mistake: there was plenty of complaining about being “choked” by the collar of the fake tux getup, and having to move around to various stations and such. You’d think the kid had spent those 20 minutes in Guantanamo.)

The pictures were done and that hurdle was complete. Phew! But then… the proofs never came.

I was at school for an event and the yearbook advisor came up and asked me to remind my kid to come in and pick his yearbook photos. “Oh, we haven’t seen them yet,” I said. “Were we supposed to get them, already?”

“Yeah, weeks ago. Huh. That’s weird,” he said. But it was okay, because—as the yearbook teacher—he had master access to the proofs. In fact, if I had a break, did I want to look at them on his computer? I said that would be great. I called my son quickly to ask if I could pick his photos without him, and he was relieved to be removed from the equation. Perfect! I headed off to see his proofs, finally.

But the teacher didn’t have the proofs, either. According to the interface, my son had never been photographed. Uhhhhhhhh. (Suddenly, picking my daughter’s photos while she freaked out over hating them all seemed like a fond memory.) It was fine, he assured me. We’ll just email the company! It’s a correctable error! Don’t panic!

The next day, the teacher, the photography company and I engaged in a lively 3-way series of correspondence while they searched for my son’s photos. By the end of the day, they’d been located, and were being “properly input under the correct school” (don’t ask me how he ended up in with another school…) and would be available soon. A couple of days later I was able to access his proofs online. Problem solved!

Except (of course) the problem was not solved. I’d seen approximately 40 photos taken on picture day; our proof set was just 10 options. For the yearbook we are required to select a “formal” portrait picture with a designated blue background, and then an additional “casual” portrait photo. Setting aside the fact that my gorgeous kiddo looked bored and/or angry in most of these pictures (not the photographer’s fault), there were 3 usable options for his formal picture (meaning, they met the criteria of orientation and background), and zero usable options for his casual photo. I don’t mean I didn’t like any of them, I mean they only included 2 casual photos, and neither of them were portrait orientation.

After another round of emails asking where the rest of his photos were, they are “still looking.” The yearbook teacher sent me his bundle of proofs, which (inexplicably) did contain one more casual photo—still landscape, so the incorrect orientation, but he has offered to crop it into portrait—so probably we’ll end up using that one.

“He looks mad,” I said to my husband.

“Can you take some pictures of him? Ones that actually look like him?”

I guess that went exactly the way it’s supposed to, then.