Twitter Facebook Pin It Email Article
Prev The Child Who Eats Too Little Next When Boys Wear “Girl Clothes,” is Backlash Inevitable? 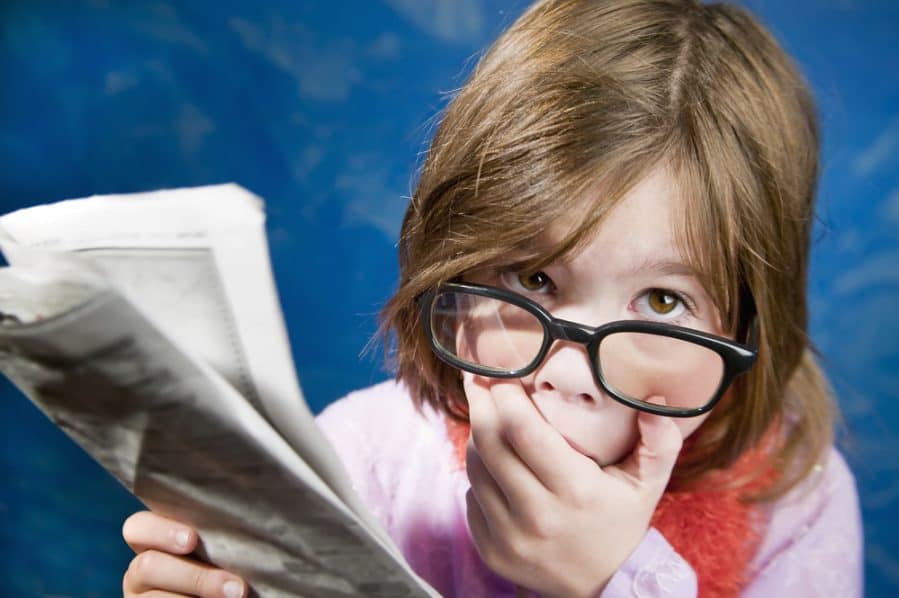 Talking to Young Kids About the Current Events

Thanks for all the great advice you dole out and the hilarity on your blog. I too am incapable of having the appropriate fitting pants in the fall and run around trying to find something in a panic.

I have a five year old son who started kindergarten this year. He’s doing great with the transition and is really enjoying school. He’s obviously being exposed to a lot of new people and ideas and it’s fun watching him absorb it all.

He’s just beginning to understand that there’s a larger world out there but still completely oblivious to current events. And part of that is our fault because we expose him to no news sources. We don’t have cable TV so 99 percent of his screen time comes from Netflix or Amazon Prime. We don’t get any newspaper or magazine subscriptions. All of our news is consumed on our phone or through late night TV (ahem, John Oliver) after the kids are in bed.

Honestly, I don’t even know how to start. Ideas? How do you expose your boys to current events? Am I going to have to turn on cable/network news?

Like you said, a five year old is just beginning to understand there’s a larger world out there. That’s more than enough for now. Teaching him about other children living on the other side of the world, who wear different clothing and play with different toys is one thing — exposing him to the fact that those children are washing up dead on beaches or starving to death on a daily basis is another. And that, unfortunately, is the grim reality of most mainstream news coverage these days. Scary images and sad stories that your little guy is not ready to process, nor should he have to, at this age. It’s literal nightmare fuel.

Here’s a very good primer/overview from CommonSense Media about explaining news and current events to kids and teens. Notice their number one recommendation for kids under seven: KEEP THE NEWS AWAY. No news shows, no newspapers or magazine lying around. So congrats! You’re already doing that, and it’s exactly the right thing to do, for now.

Instead, read him books about other kids in other cultures. Let him look at maps and read about parts of the world. Talk about the people in his own neighborhood who work to keep people safe (firemen, police officers, doctors and nurses, etc.) so he as he gains an understanding that “bad things” can happen (fires, robberies, car crashes, etc.) it will be built on a foundation of “yes, but I am safe, and have people to protect me.”

(Honestly, I was just trying to think of a modern kids TV show that offers kids a look outside their world and culture in a really positive way, and really can’t think of a better example than good ol’ Reading Rainbow, which thankfully is still readily available. Lots of diverse books and authors, good segments about different parts of the world and the people who live and work there, etc. And Mister Rogers’ Neighborhood will always be the best, gentle go-to for when a child DOES absorb some bad/scary news and needs to work through it: Look for the helpers.)

He’ll learn a lot of this stuff in school, obviously, during social studies and such, and he probably will start to glean bits and pieces of “news” from teachers and classmates. They’ll probably talk about the presidential election, for example, but frame it in mostly historical, positive “this is how America works and it’s great!” ways. (Meanwhile even his teacher is probably thinking “ugh just let it be over already.”)

A lot of elementary schools will use stuff from Scholastic News or Time For Kids to present current news in an age appropriate manner — just a quick look will show you how DRASTICALLY different those sources are to your average local newspaper or network/cable news. And that’s a good thing. You can consider a subscription to one of them yourself if you’d like to make it part of his screen time at some point (versus him wandering off to less friendly news sources), but I think he’s still really too young. Second or third grade, maybe.

And above all, listen to him. Be available to talk and answer questions. He might want to know who you’re voting for and why, and might already have absorbed how particularly charged and divided this election has left people. Sometimes schools will address specific “major” news stories, like floods and earthquakes, and will encourage the kids to send in donations or fund raise for the victims. I think this is a great way to react to “bad” current events that can scare young children: Give them a chance to counter the bad with some small good.

You can get him involved in a holiday food, clothing or toy drive, have him chose what to donate, and talk gently through “why” it’s a good thing to do.  At some point last year, my middle son (he was seven years old at the time) suddenly came home from school asking about Syria and the refugee crisis, and spent an evening packing up old toys to send to the children who had to leave theirs behind. This alone seemed to really help him, and I refrained from going into many more details than he’d already picked up. There’s a war, people had to escape the war, now they need help. I offered to send some money along with the toys, and that cheered him up even more. Positive actions to cancel out the negative news. Look for the helpers. BE the helpers.