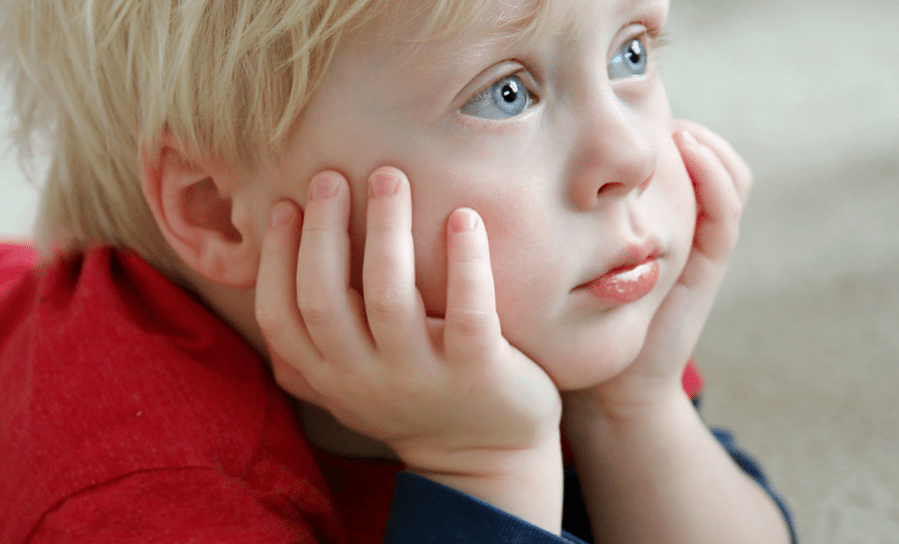 I am struggling with TV and movie ratings.  My son who will be 4 next month loves everything involving “fighting” and “ninja” and boy.  ALL of his play centers around the theme of fighting and bad guys and death right now.

My dilemma is with his TV viewing, which is limited to about 2 hours per day, sometimes less.  He wants to watch shows like Ninja Turtles, Spiderman, and shows with other superheroes, and most of the things he is interested in watching are rated Y7.  He is and has always been mature for his age.  His best friends are always a year or two older than he is, and he is an only child.  He has seen many PG rated movies (mostly Disney) and has never, ever acted scared or disturbed by what he has seen.  He has never woken up screaming from a nightmare, or said he had a bad dream about something that sounds TV-related.  I know this doesn’t mean the shows aren’t too scary or violent for him, but he just seems to handle them well in my opinion.  I have even asked him if he thinks the shows are scary, and he assures me that I’m being ridiculous.

So my question is, do I just let him watch these shows?  Indulge his “bad guys” and “weapons” phase that seems pretty normal for his age group?  Or should I still be restricting some of the darker-themed programming?  He also loves anything Star Wars, and we purchased the original trilogy for his birthday (he has never seen any of the Star Wars movies), but now I am torn about giving it to him.  I am stuck between using my own best judgment and respecting the ratings.

Thanks in advance for any useful insight.

Oooohhhh, this is a good question, and one that I imagine every parent has struggled to come up with the “right” answer for. (And then found that answer completely undermined by a spouse, grandparent, playmate’s parents, older siblings, etc.)

We personally limit TV viewing to 30 minutes a day on Sunday through Thursday, with movie nights on Friday and Saturday. That time limit strictness is countered, however, with a pretty liberal view on ratings. Our 5 year old wants to watch what his older brothers (10.5 and 7.5) watch, and yes, he is also deep into a superheroes/Ninja Turtles/good guys vs. bad guys phase. He will watch (and deeply enjoy) the more age-appropriate preschooler fare on PBS Kids and Nick Jr., but of course his older brothers are completely over those “babyish” shows. Any attempt at suggesting they split up and watch different shows is met with great distress, because they enjoy the nightly ritual of watching their post-chores/homework/dinner 30 minutes together. So it’s fair to say he’s watched some stuff I never would have permitted my oldest to watch at that age. He also seems to handle it all well (the only nightmare-inducing show we had to cut off was Spongebob Squarepants, of all things), and his good guy/bad guy “fighting” play is honestly no different than any other kid his age. We have the occasional “don’t hit/fight your brother” issue, but overall he understands “bad guy” talk and “bad guy” words are not to be repeated, and has a solid grasp on what’s real and what’s pretend.

And then there’s my husband, who grew up with a much older brother who always ducked the ratings and let him watch whatever, and who now takes on a similar role. He loves letting them watch whatever he loves, so they’ve seen all the Star Wars movies (except for Revenge of the Sith, because I think that one went particularly too dark) (also the prequels are hot garbage), most of the Star Trek movies, some of the Marvel/Avengers stuff, Lord of the Rings, etc. They all just watched the original Ghostbusters this summer. Lots of PG and PG-13 stuff going on there. They love all the old 80s/90s Saturday morning cartoons on Netflix, which are of course basically loud, obnoxious toy commercials. (And the modern Lego shows like Ninjago, Chima, Star Wars, etc. which are also obnoxious toy commercials, but at least keep real violence to a minimum and at least attempt to have “morals” like friendship, loyalty, acceptance.) We recently allowed our oldest to watch one of the new Transformers movies after months of begging as a Very Special Behavior Incentive, but I did put my foot down and say that one was still off-limits for his little brothers.

(Oh, and we had to turn off Guardians of the Galaxy, which other kids seemed to love but it scared the crap out of ours. That was a bad call.)

So  I’m in no position to tsk tsk anyone who lets their kids watch more grown-up fare from time to time. I mean, most Disney/Pixar/Dreamworks movies coming out these days are all PG and I rarely give those a second thought when we show up on opening weekend. If you’re on the fence about a movie or TV show, check out CommonSenseMedia.org for comprehensive reviews and specific descriptions of violence, language, sex, etc. I think the age recommendations there are a lot more precise and helpful than the more general catch-all TV and movie ratings. (Is that PG-13 really more of a 10+ because of some bloodless sci-fi action, for example, or actually more like 15+ because of sex and drug use?)

It’s good to talk to your son about what he watches (like you’ve been doing). Things can change — something previously “fun” and “just fine” can randomly turn into nightmare fuel for no real reason at all, so talking through what he’s just watched and focusing on the positives is important. I try to wring whatever (thin) life/social lessons I can from the good guy/bad guy dynamic, because of course my boys want to model the hero. (Not that there’s anything wrong with letting children experiment with playing the villain or bad guy! That’s also so normal.) Bad guys can be good source material to teach your son about things like greed, selfishness, bullying, etc. Likewise, you can talk about the hero’s good qualities and how we can/should emulate things like teamwork, bravery and doing the right thing even when it’s hard.

That said: Two hours a day is an awful lot of screen time, especially for a barely 4 year old, and I would definitely not be comfortable with two full hours of the non-educational options at that age. I would probably reserve the Y7/big kid shows as a special treat for as long as possible, if you can. Keep the preschooler fare on for most of his watching block (there are a ton of superhero-themed options; my youngest adores Super Why and Wild Kratts), then let him watch a Ninja Turtle or Lego superhero episode as a reward for cleaning his room or setting the table, for example.

Watching short clips online is also a good way to indulge their love of a favorite character without over-exposing them to the full show’s more intense scenes: My kids love the videos at Lego.com and Nickelodeon.com, for example, which tend to be mostly just funny and pretty carefully curated. (And it keeps them from falling into a YouTube hole of ever-more-questionable “Related Videos.”)

(And watch the original Star Wars movies together, as a family. We recently did this to introduce our youngest to the trilogy before taking them to Force Awakens, and I maintain watching a small child fall in love with Star Wars in real time is basically a huge reason to have children in the first place — it’s so magical!)