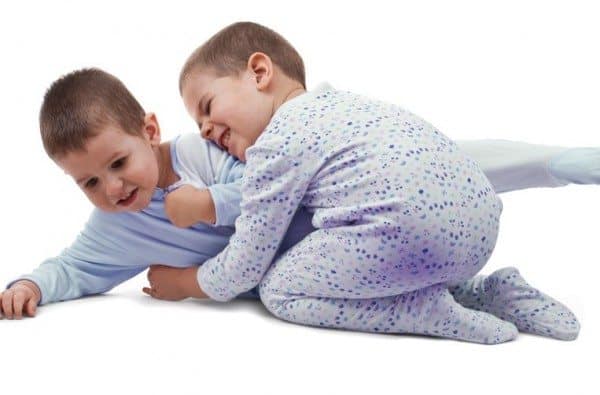 I have loved your advice column for a long time. I’ve never had to actually ask a question because every time I have an issue I can look back and find it has been answered already. Not only by your clear, caring, “just calm down” self but also by the hugely respectful and resourceful commenters. Thank you one and all!

But. Now I have a question. More easily explained with back story:

I have boys, the oldest of which is 4. Recently he was climbing on me and I allowed it for a while then asked him to stop. He kept doing it and when I firmly said no he petulantly replied “I will do it anyway because I want to!” and my internal alarm bells started ringing. Later, at a play date, a friend of his (a girl, though it doesn’t really matter) didn’t want to hug him and told him to stop and he did it anyway, but almost aggressively. Once I started noticing it I noticed it often, though it might just be my worry mountaining some mole hills.

I know he is 4 and 4 year olds are stubborn and contradictory. But is it too early to lay the foundations of physical boundaries as a 100% non-negotiable “no means no” area? I’m a firm believer that we need to teach the boys to respect rather than teach the girls to be wary. The trouble is that he can be so stubborn that at times we DO have to physically overpower him. We never smack or spank but things like pulling him out from under his friend’s bed when it is a long time past time to go or strapping him in to his brother’s stroller as a time out if he’s not being safe around roads etc. During which he’s, of course, screaming ‘no.’

So I’m stuck! How do I explain the seriousness of not forcing physical contact when it seems unavoidable that I force it on him from time to time?? Is four too young to understand? Am I over thinking the whole thing?!

Ha ha and LOL, just kidding, but for real: RELAX. This is so utterly typical of 4 year olds, all across the gender spectrum.

My 4 year old ball of stubborn is currently coming home from preschool every day with stories about a 4 year old girl who repeatedly and insistently tries to kiss him. He says no, she just tries harder because it’s like a game to her, and because she’s 4 and still has a lot to learn about physical boundaries, and just generally interacting with other human beings who have their own preferences and ideas. As does my kid! As does every wiggly pokey climb-y 4 year old in the class.

That’s NOT to say that I just shrug and use the age as an excuse for not intervening when unwanted physical contact is happening, but this is no more “serious” of an issue than say, grabbing a toy out of someone’s hands because he doesn’t want to share. And it’s definitely not a gendered issue yet — everybody has the right to their personal space, boys AND girls, and you simply reinforce that concept consistently across the board.

So how do reinforce that concept? I’m a big fan of using books at this age, and a super-quick Amazon search yields a couple promising titles aimed at preschoolers that you might want to check out: Personal Space Camp and Hands Off Harry. Looking at the “Frequently Bought Together” feature shows even more options (also for the “I will do it anyway because I WANT to!” thing), which is not surprising. And hopefully is a bit reassuring to you that you are raising a typical preschooler.

Find a book you like and start reading it a couple times a week. (When we’re trying to use a book to aid with a specific issue, we read two books — he picks one and I pick the other.) Then the next time you catch him invading someone’s space after they’ve said to stop, you quickly intervene (and yes, it’s okay to gently but physically remove him from the other person’s space) and if you can, use the same phrasing from the book.

Do this every time — boy, girl, child, adult, animals too!! — and eventually the dots will connect and ta-da! You’ve successfully taught a human being how to human. Bonus: You’ve also taught him that HE has the right to his physical space, and empowered him with the words to use if someone is disrespecting that or making him feel unsafe/uncomfortable.