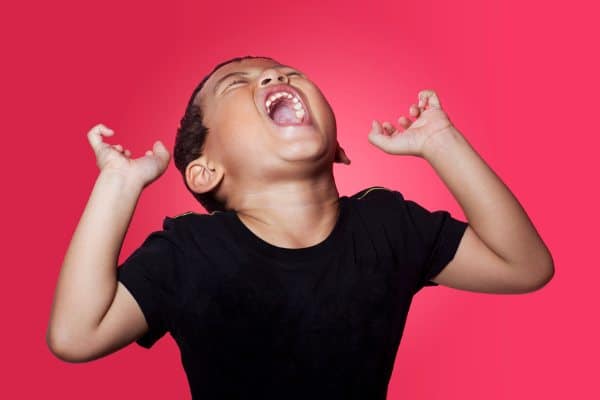 Longtime reader here, since my oldest was born, and he’s a couple of months older than Ike. I’ve heavily used your advice columns in the past – thanks for being real and no-drama about, well, all the things.

My husband and I are a bit stumped lately, not to mention extremely tense, and we’re afraid our wonderful daycare teachers are nearing their wits’ end as well.

My just-turned-four year old has recently starting having problems with his frustration levels at daycare, and occasionally at home. It generally stems from him not being able to accomplish something he wants to do, or something didn’t go quite as he planned it. This is a very recent development – he’s generally pretty chill. He gets frustrated, but we just tell him to either calm down and ask for help/figure it out, or go take a break, and he does one or the other and it’s fine. In the past three weeks, however, he’s had incidents at school where his frustration escalates to levels of trying to bite his teachers, kicking, throwing chairs, screaming, and even slapping one of his classmates. Again – completely different from his standard reactions. We have a younger child as well, nearing 2, at home, but we only see this behavior at home rarely. It’s always in very (to us) small deal situations. This morning it was because the cheese didn’t come out of its wrapper correctly. Yesterday it’s because his teacher asked some of his classmates to step away from the play doh area, where he was playing but he wanted them to watch his creation. Last week it was that he was told not to climb up the slide, which is a long-standing rule.

So far, we’ve only found what doesn’t work. Touching him, trying to talk him down, only makes him react more strongly. Giving him consequences (no TV time, timeout in your room until dinner, no getting to do the fun family activity we had planned) seem to make him contrite, but not enough to actually change his behavior when he gets upset. We’ve had reward systems at school – a sticker for each area of the day he’s a good listener in, even a teacher-made racetrack that he gets to progress along when he makes it through certain sections of his day without incident. These work for about a week, usually, and then he decides he’s done a good job with that and its not worth behaving well to get that same kind of reward again. We’ve come into daycare during our work hours not because they asked us to, but to impress upon him the gravity of how he’s acting. He had another incident later that same day. Timeouts can work, but only if he chooses to listen and actually go to his room/the quiet area at school, since he often will ignore instruction and continue screaming and throwing things. We think it might be exacerbated at school because regulations dictate he can’t leave the room and be alone for three minutes to calm himself down and with 20 kids in it and 2/3 teachers, even the quiet area at school can be right in the middle of the other busy activities of his preschool. Whenever he does get into trouble, he can parrot back to us what he should never do (hit, scream, kick, bite), and that when he does get upset, he either needs to calm down and communicate, or take a break. And he is great at saying he’ll be a good listener from now on today, or tomorrow, or whatever, but he can’t seem to control himself in those moments. I know, he’s 4, but when it’s enough to have multiple parent/teacher meetings, we need to find some sort of way through.

We’re wracking our brains for possible causes. He could be waking up at night and we just don’t know it, hence he’s overtired. His teacher told me today that in that same time period, his naps have gone from a solid 1.5/2 hours to barely 45 minutes. He lays quietly and does eventually fall asleep, so he’s still resting.

So I’m really asking two questions: 1) advice for the suddenly arrived and violent frustrations? and 2) If he is transitioning out of naps, which is likely at his age, advice for how to make the rest of us survive it?

Not Above Solitary Confinement

Of course, they are also totally crazy-making and deeply frustrating for us, the adults who have to deal with those behaviors. Because even though aggression is NORMAL at this age, it’s obviously not OKAY. But helping him navigate and control his emotions is a process. It will take time, patience and consistency. There likely isn’t a specific “cause” here, other than the simple developmental issue that little kids feel BIG emotions, but their brains simply aren’t mature enough to help them cope and logic their way through them. So even the world’s most verbal preschooler can still be prone to sudden violent tantrums over the slightest frustration. (“Use your words!” “NOOOOO I DON’T WANT TO USE MY WORDS!”)

I would guess that the reason his behavior is different at home vs. school is because he’s overstimulated there, sensory wise, so when a request/rule/restriction comes his way he’s already overwhelmed and thus more likely to amp it up to 11 in the span of a new second. Ask his teachers how much advanced notice they give him before transitions, and whether he could be given an extra heads up about any changes. He also needs his own real and true Quiet Area where he can calm down and get a sensory break. Something right in the middle of the room isn’t going to help anyone calm down and probably just makes a freaking-out kid feel worse and maybe even self-conscious. Any halfway decent school should be able to make a sensory break accommodation, by the way, so consider it a red flag if they refuse and yet continue to complain about his meltdowns. A floating teacher’s aide/school employee should be able to take him out in the hallway for a few minutes a couple times day for a break — a trip to a water fountain, a walk down a hallway and back, etc. — without it disrupting the child/teacher ratio. Or you could suggest a modification to the current Quiet Area, like having it be an enclosed tent/fort, or have noise-canceling earmuffs available. Also, going to the Quiet Area is NOT a time-out or punishment. Yes, he should be redirected there during a fit, but it should be done in a positive way. “I can tell you’re really angry/frustrated right now! It’s not okay to hit/bite/throw toys, but it IS okay to be angry! Let’s go be angry outside/over here.” Give him the words he can’t say. The idea is to offer the Quiet Area as a self-soothing/coping technique, so with time (A LOT OF TIME), he might actually begin to use it on his own BEFORE he hits the breaking point.

These are all things/techniques my oldest son DESPERATELY needed for his sensory issues, but are really, REALLY helpful for all little kids. Because all little kids can get overwhelmed by sensory input, especially in a big, bustling daycare full of sounds! Colors! Smells! Textures! People all UP in your personal space and adults making requests that totally aren’t your jam and KABOOM! The frustration builds and the logic centers shut down. It’s meltdown time.

I’m NOT saying your son has sensory “issues,” by the way, but the fact that you mentioned he can’t get a couple minutes to himself to calm down at school (and can at home and is successful at it) suggests that he would probably respond really well to a small sensory-break accommodation at school. The intersection of overtired and overstimulated is a terrible one, and while there’s not much you can do about the nap transition (other than bump bedtime earlier while it happens, 15 or 30 minutes), you can hopefully do something about the overstimulation. If you go back to his teachers and they are just straight-up “NOPE” on finding him a better Quiet Area alternative and the meltdowns continue, he might benefit from a smaller class somewhere, or even Montessori. (The classrooms are quiet and designed to prevent the kind of overstimulation that can occur in the typical STUFF EVERYWHERE!!! play-based rooms. Also mixed-age classrooms expose the younger kids to older children who HAVE learned to use their words, ask for help, etc.) I would definitely mimic the set-up at home, with the positive feeling language giving him words for what he’s feeling, and the Quiet Area as being a Nice Happy Place, rather than a naughty step or time-out stool.

But above all: This too shall pass. It’s a phase and it will pass. You are not raising a sociopathic little rage monster who is going to be expelled from kindergarten for biting/hitting/punching. He’s just a little body with big feelings right now, and he’s going to need help coping with those feelings for awhile. Reinforce whenever possible that it’s TOTALLY OKAY for him to have those feelings, and make sure you praise good behavior/reactions/problem solving as well. Comment on your own moods and feelings around him so he knows that grown-ups get frustrated or angry or sad too, and talking about it can help and feel better than getting in trouble over a tantrum.

And then, you know, look forward to five years old and all the weird stuff that it will bring.