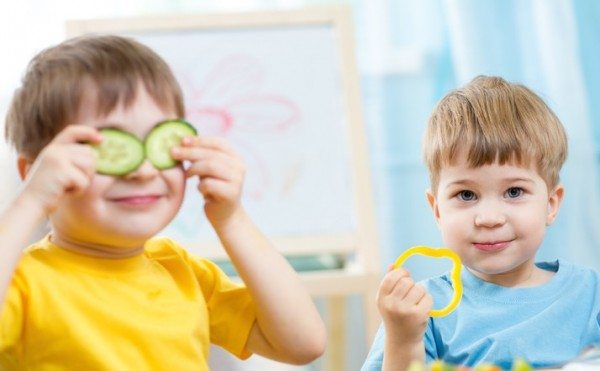 Setting Time Limits at the Table

Can we continue a little Ellyn Satter discussion here? Yes? I flipped through her book again but didn’t see anything for this issue, and I feel like you have mentioned it here or on your blog. But I can’t remember the resolution.

I have two kids. Ages 6 and 2. They are decent eaters, they’ve been “Satter-ized”, and it’s all fine. Except. EXCEPT. Meal times take FOREVER in this house. Like, currently my two year old has been at the breakfast table for over an hour, and is still eating. And playing. And talking. And singing. And I hate to hurry the kid along, but for the LOVE OF GOD JUST EAT FASTER SO WE CAN DO SOMETHING ELSE.

So how do you limit the amount of time at the table, without hurrying them along or making them shove food in their mouths or stopping them before they are really full?

Thanks!
Sick of Sitting At The Table

I am definitely down with enforcing time limits at the table. I’m fine with a nice long, leisurely breakfast on the weekends, but other times it is perfectly reasonable to expect kids to focus on eating and keeping mealtimes to exactly that: Times. Consistent times of day with a beginning and an end.

Obviously you don’t want to make the mealtime unpleasant with tons of nagging and haranguing. That’s very anti-Satter. A better approach is to simply have a set time limit (30 minutes to an hour, or whatever you think is reasonable for what food is in front of them) and gently give them warnings at the 10/5/1-minute marks. Then calmly announce that the mealtime is over and clear their plates. If they protest that they are still hungry, remind them that snacktime or their next mealtime isn’t that far away. Treat this just like you did when you first implemented the Satter Method and they refused to eat at all: They won’t starve. They’ll be fine.

A visual timer can also really help: We had a Time Timer on our table for AGES because our oldest simply. Could. Not. Focus. On. Eating. Mealtimes would last FOREVER, which is maybe okay (albeit tedious as hell) when you’re talking about a 2 year old with no place to be, but doesn’t work at ALL when you’re trying to get a preschooler out the door, or trying to leave enough time after dinner for dessert or a TV show. My son would do everything BUT eat for the bulk of the mealtime, and then when we’d announce that dinner was over he’d freak out and insist that he was still hungry. The Time Timer helped him grasp the concept of a mealtime ENDING at some point, and helped him figure out that it was best to use his time wisely and eat.

Make sure, as well, that you’re serving something kind of hearty and filling at each meal: If breakfast is simply bowl after bowl of dry Cheerios, then yeah, it’s probably going to take your child a really long time to feel full. My kids will go through a dozen frozen waffles in a morning and still insist that they’re hungry — not so much if they also get a serving of scrambled eggs or a bowl of oatmeal with a lot of nuts/protein.

If they aren’t asking for more but just lingering over their first initial serving, then a visual timer is probably the way to go. Plus you can give them an incentive for finishing on time — tell them where you are going or what you want to do after the meal. Those are good memories to make too, and more interesting than sitting at a table for two hours, turning an otherwise pleasant mealtime into a loooong, grazing snacktime.