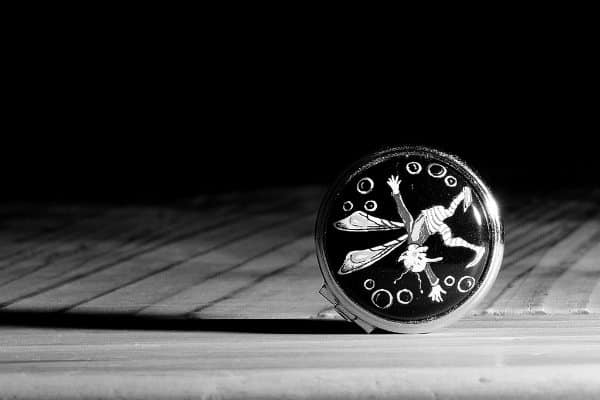 Why Do My Tweens Still Believe in the Tooth Fairy?

I used to worry that my kids would figure out the tooth fairy wasn’t real. I mean, there have been plenty of mornings when one of my kids gasped in horror because the tooth fairy had inexplicably not shown up.

One time, the tooth fairy was MIA for THREE nights in a row – a record in our house for dismal parenting.

I would stammer my way through some pathetic excuse like, “She can’t fly in the rain because it ways down her wings!” Or, “She must have gotten busy at the zoo. I heard a lot of baby animals lost their teeth recently.” And somehow – they would believe me.

And they just kept believing.

My just turned 11 year old recently lost another tooth and said to me, “Why is our tooth fairy so cheap? I get like 2 dollars. Some of the kids in my class get 20 dollars. Are there different tooth fairies? Or does the tooth fairy just give us less?”

Hmmm… Those are some very good, thought provoking questions. And honestly, a part of me wanted to say, “There’s no tooth fairy!! The jig is up! It’s me. And your dad. And sometimes we forget. And we have five kids so we can’t be giving out twenty dollar bills every time one of you children bites into an apple and loses a tooth!”

Because that dumb tooth fairy is still magical with her fairy dust (AKA glitter) and bundles of cash. And the “believing” is so damn optimistic.

My 11 year old has been given every sign that perhaps this tooth fairy business is a total racket but she still has faith. (Or maybe she’s pretending so the money keeps rolling in? But her belief seems incredibly genuine.)

While I consider all this, my daughter is still staring at me – wanting to know what’s up with our economically challenged tooth fairy.

So I answer with one of the best responses I’ve come up with in parenting.

“I don’t know why the tooth fairy sometimes gives out different amounts. But let’s be grateful she comes at all. Because it’s a pretty cool thing.”

That night I tucked $5 in my daughter’s tooth fairy pillow (yes, I had apparently been guilted into giving more than my usual 2 bucks), sprinkled some fairy dust on her nightstand and took a moment to be grateful.

Grateful, that against all odds, my children still believed in magic.

I love that they still believe in magic!