Twitter Facebook Pin It Email Article
Prev The Daycare Biter Next Potty Training Wars: The I Prefer a Pull-Up Kid 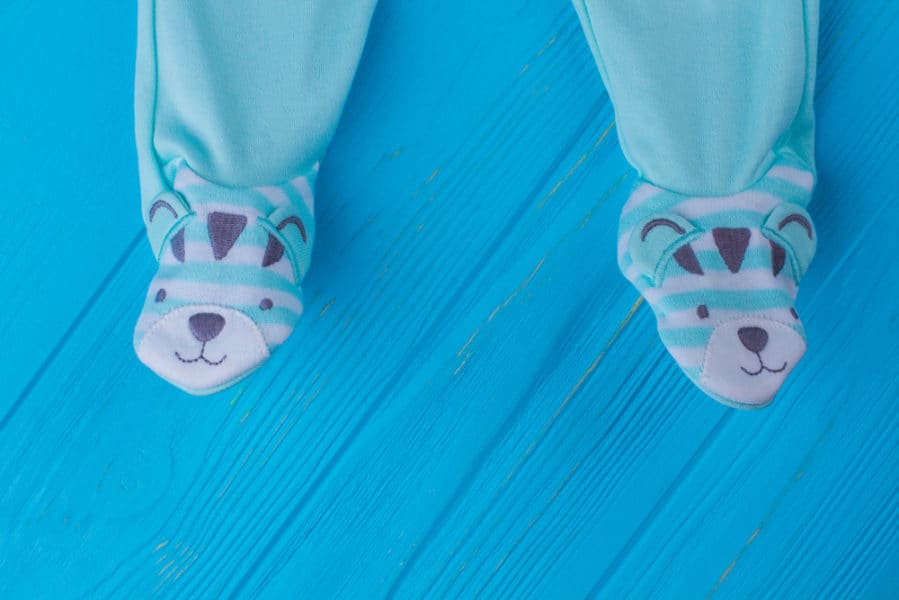 So, my son (22 months, though I need to get over myself and just start saying almost two) usually sleeps in a Zippadee Zip. He loves it, always has. In the summer, he wears a onesie or short-sleeve/shorts romper type thing under the Zippy. In the winter, he wears long-sleeve, footed jammies under it. We live in Texas, so very hot summers and mild winters. We keep the house at 70 overnight during the summer and 66 during winter (though we used to keep it much colder pre-child and I’m looking forward to the day when we can again).

All of this background to say that a few nights ago, my son flat-out refused to wear his Zippy. He wanted to go down with a blanket, like he does for naps at daycare. He refused to wear socks as well (he spent forever trying to get them off). To say the night went poorly is an understatement. He woke up (I’m assuming because he was cold, though he’s not old enough to actually articulate what’s going on) and tossed and turned, wide awake, for literally hours. I’m thanking my lucky stars that he changed his mind the next night and happily accepted his Zippy.

But it’s got me thinking:

Thank you! It seems like such a basic transition, but I’m stumped.

It really depends on the toddler! Let us never forget about the twin toddlers who would remove pajamas and diapers every night in order to fling poo at each other. That a toddler you don’t dress for the climate; you dress them for WARFARE.

When mine were toddlers, they all really “hot” sleepers who would get super sweaty at night no matter what time of year (we’re in Maryland, so very hot summers AND very cold winters) (WHY DO WE LIVE HERE) or what they wore. So I usually did footed cotton or fleece jammies in the winter and short-sleeved shirts and PJ shorts in the summer. They’d start out under a blanket and usually wake up without it. I never really “taught” them to stay under the blanket, other than re-tucking them under it during any night wakings. (I’d also usually do a check on them right before I went to bed, and would re-cover them if needed, or put their pulled-off socks back on.)

It’s possible that it wasn’t the cold that woke your son up, but just the unfamiliar sensation of having his legs free of the Zippy. Sort of like a transition out of the swaddle. So if he hasn’t rebelled against it again since that one night, I’d just continue to use it while his size allows you to, but continue to offer a regular blanket as well and start the tucking-in ritual every night. Once he’s too big for the Zippy, go with light cotton footies on warmer nights, fleece for colder. If he’s prone to cold feet, put socks on underneath. My kids would STILL wear footies if I could consistently find them in their sizes. They’re cozy! My oldest sleeps under a fleece weighted blanket, though, so I discourage him from bundling up at night. (He’s 13 and the night sweating is Still A Thing, but way more smelly.)

Your son will probably get it eventually and enjoy the feeling of being under the covers — though it might not fully “click” until he’s transitioned to an actual bed. And that’s fine! There’s absolutely no medal or milestone for reaching the  “Does Not Kick Blanket Off Then Sob About Loss Of Said Blanket” stage of childhood.