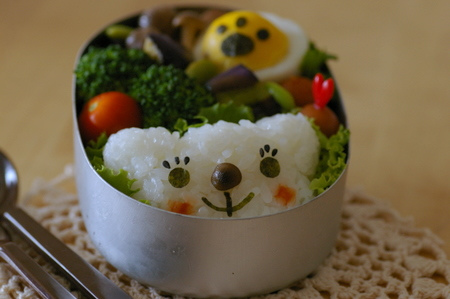 O, wise Amalah! I’m sure you’ve covered this in bits and pieces (or in whole chunks) but my toddler is driving me up the wall at mealtimes. She’s 2 and her eating habits are pretty good overall. But she always wants the same foods (noodles! fruit! noodles! fruit!) and then refuses to eat most of it.

For example. Breakfast. I ask Abby if she would like some toast or cereal or waffles for breakfast (only 2-3 choices are given). She announces that she wants oatmeal. I sigh and make her oatmeal while swearing that if she doesn’t eat it this time, I’m gonna [fill in the blank with a useless threat] but oatmeal is good for her and it’s not like she asked to drink nuclear waste on the side so I fix the darn oatmeal. She eats 2 bites of oatmeal and then asks for whatever I’m having. Toast, waffles, cereal, you know the stuff I just offered her FIVE MINUTES AGO.

Same thing happens at lunch, where instead of always asking for what I have, she just eats 2 bites of her lovingly made grilled cheese or soup of the day and wants fruit. Dinner, same deal as lunch only maybe we get 1 bite into her and she NEVER wants what I have.

Is this just a contest of wills thing? A picky-er eater than I thought thing? A two-year-old thing that she’ll grow out of? And how do I make it STOP, for the LOVE of GOD?!? Because I’m getting tired of cooking/preparing a meal and throwing most of it out. Then having a whiny/hungry kid 15 minutes later.

How to Get Your Toddler to Eat

Okay. First. Go fire up Amazon and buy this book: How To Get Your Kid to Eat…But Not Too Much, by Ellyn Satter. Like, immediately. Seriously, don’t listen to me, because I can only weakly and clumsily relay information that I learned from that book. I’m like Cliffs Notes, only with more cursing.

Satter lays out the whole toddler-eating-antics thing out in a ton of detail: when to pick your battles, when to accommodate their capricious whims, and when to realize that YOU CANNOT FORCE THEM TO EAT. (Hint: NEVER. ALL THE TIME.) Division of responsibility, baby. You are responsible for purchasing and preparing age-appropriate food (not necessarily the same as “limited picky-eater food,” more like not expecting a two-year-old to crack open her own lobster tail). You are responsible for setting regular meal and snack times, for teaching appropriate table manners and behavior, and for putting the food in front of her. And that’s pretty much it.

You are not responsible for how much she eats. Or if she eats at all.

Yeah, it SUCKS when they don’t eat, because they get cranky and tantrummy and you want to turn your eyeballs inside out because OMG, who would ever think that chicken nuggets could completely ruin your life. But if you want this behavior to stop, you are going to have to stop caring so much, and let her learn to heed her own biological need to eat food when it is provided.

Make One Meal for Everyone

And unfortunately, you are committing two grievous mealtime crimes: Allowing her to choose her meals, and short-order cooking for her. The latter is probably the worst. She rejects something, you make her something else. She knows this, she knows she’s pushing your buttons, it’s all becoming a game and you are getting your butt kicked by a toddler. Do NOT make her something else if she rejects the first option. And serve her more or less the same thing you eat, which will remove the thing about her demanding food from your plate.

Satter believes that as parents, it’s OUR job to do the meal planning. All of it. I’m still guilty of this, a lot of days, particularly at lunch when the kids just naturally seem to come first before I think of myself and my own meals. Ezra gets what I eat, but I still get tempted to offer Noah a choice (and yeah, it’s always the same two or three choices) if I sense that he’ll flip out over what I’m eating. (Our situation is slightly complicated by his oral motor and hypersensitivity issues, but I admit I still cater to plain old regular picky-eater nonsense.) But really, you probably want to stop offering her any choice at all, at any meal. It’s telling her that she’s in control, so naturally she’s going to abuse that control with the constant mind-changing and demanding the same very limited, familiar menu.

So. Tomorrow morning, just go in the kitchen and make breakfast. Don’t ask. Make some toast, slice up some fruit and put it on two plates, scramble an egg. If she eats one bite of oatmeal and fruit and that’s it, fine. Offer a healthy mid-morning snack to keep life from getting completely miserable, watch out for overdoing the milk and juice. At lunch, just make lunch. I generally try to always have SOMETHING available that Noah will eat, even if it’s just some bread or using one of those single-serving things of mac & cheese as a side dish. Same thing at dinner. No special meals just for her (within reason); NO SHORT ORDER COOKING if she says she doesn’t want something. Don’t argue with her, don’t let her know how (deeply, passionately) you care. When Noah rejects a meal outright, I tell him that’s fine, but he needs to stay at the table and keep me company until I’m done eating. Generally, about five or 10 minutes later, he will start poking at the food again.

I’m not saying that the Satter approach is 100% guaranteed to get your kid eating all sorts of new foods overnight, but oh, it will save your sanity and give you permission to STOP CARING SO MUCH. Pretty much everything that your daughter is doing that’s driving you nuts is stuff that you are allowing her to do. And it’s stuff that you don’t have to allow her to do. Plan her meals for her, no choices, lots of variety, no replacements for rejected food. Bring your meals more in sync so your plate is more or less the same as hers and therefore not some kind of awesome other option that she can demand instead.

It’s Time for a Change

I was just thinking the other day about how I always ate family meals despite being an insanely picky eater — I never, EVER remember an instance where I got a grilled cheese while the family ate chicken, you know? But…I was doing exactly that with Noah, since I was still looking at him as a “baby” and had totally gotten suckered in by the Gerber Graduates, which morphed into tons of other packaged convenience food marketed directly for kids. We had two shopping lists: Ours and his. And this…just never changed, even as Noah got older and older. When did I think I could suddenly stop with the grilled cheeses and frozen pizzas? Did I honestly expect to ask him one day what he wanted for dinner and for him to say “Oh, whatever you’re having will be fine. Pork chops? Sure!” I was still treating him like a baby and he was acting (and eating) like one. Trust me, by catering to your two-and-a-half-year-old, you’ll be in this exact same position next year, and the year after that.

(Seriously, buy the book! So much more information than I could ever provide. Will change your life, I swear.)

(But also buy some Excedrin. You’ll need it, after all the head-slapping you’ll do while reading about how everything you’ve been doing is so completely the wrong thing to do and it’s now all so obvious gaaaaaaaah.)