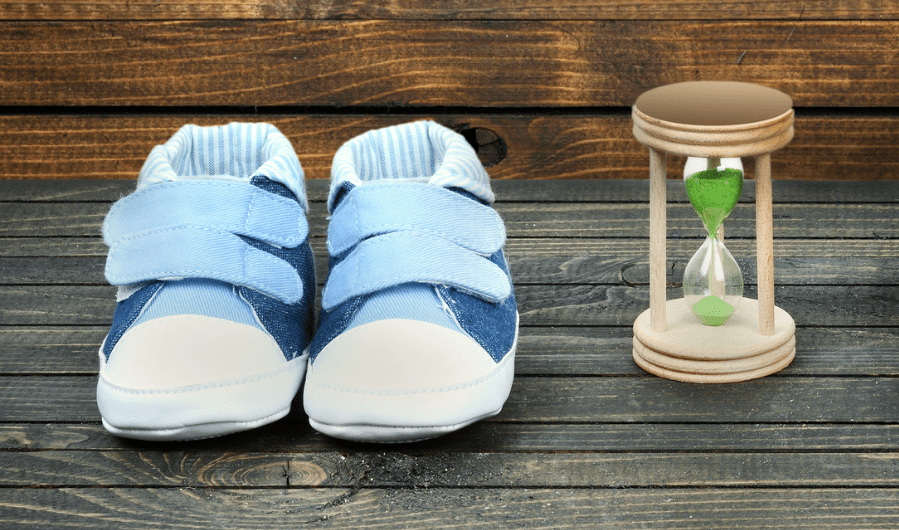 On “Scheduling” Big Milestones and Transitions

I love your site and the advice that you offer to moms (and dads!).

Our youngest will be 2 in just a few weeks. She has a few big things coming up and we aren’t sure the best way to “schedule” them. We need to move her to a big girl/toddler bed, potty train her, and start to wean her from breastfeeding. I know it’s not good to do many big changes like that at once but we aren’t sure what the best way to do it is.

When my oldest was this age (almost exactly), we moved her to a big girl bed. We had the bed (we move them to twin beds) in her room for a few nights before we had her sleep in it. Then let her sleep in it with the crib still in there, then moved the crib out. We had to get her out of the crib because little sister was on the way and we didn’t want her to feel like she was being kicked out. The kiddo in question doesn’t show any signs of trying to climb out so we aren’t in a huge hurry to move her to a twin but we know that time is getting close. Within the last few months, she finally just started to sleep through the night and will sometimes wake up in the middle of the night and put herself back to sleep. I’m worried that when she is in a bed, she will come out or get out of bed and not go back to sleep well. We have thought about pulling her door all the way shut or putting up a baby gate to keep her in but I’m not crazy about that.

When we potty trained our oldest she was 2 and 2.5 months. We waited because when we originally wanted to train her was the same time that new baby came along and we didn’t want those two big events to collide and cause issues. She did great and trained in about a week. Little one is starting to show some signs but honestly, if she is anything like the older one, I am ok leaving her in diapers for a bit longer until she is really ready to make the switch easier and less messy for everyone.

And the breastfeeding….We are down to morning and nighttime nursing during the week and we include naptime on weekends (she naps great at daycare without any milk or anything special). Unfortunately, she nurses to sleep at nap and bedtime. I know, I know…I feel like I totally messed up huge with that one. Our oldest self-weaned at around 16 or 17 months. We thought about dropping her morning nursing first and then naptime and then bedtime. Weaning won’t be easy because she is so used to that as part of her routine (although she can go to bed without milk if I am not in the house). I think the biggest thing is getting her to sleep on her own with having to nurse to sleep. I used to nurse my oldest in the living room with the lights and the tv on. I nurse my youngest in her quiet and dark room because the oldest is around and she gets super distracted. I’m not necessarily in a huge hurry to wean her for good (I think mostly because she is probably my last) but at the same time I never imagined I would still be nursing a 2 year old.

So with all of that being said, I will gladly take any advice you can offer. 🙂

Since there doesn’t seem to be any super-high pressure from outside forces behind any of these — you don’t need the crib for a new baby, she’s not taking dangerous head dives out of it, she’s not starting a school with a potty-training expectation, etc. — I’d probably go with letting her lead the way. I don’t really see a need to rush, and as you’ve correctly stated, allllll of these processes and transitions tend to be MUCH EASIER when your toddler shows at least some sign of readiness on her part.

Kids march to their own timelines

HOWEVER: You keep mentioning your older daughter’s timeline/age and comparing them to each other, and that’s something I’d advise that you go ahead and disregard as completely irrelevant information. Kids march to their own timelines, and the ages when a sibling potty trained or weaned or moved beds are not at all a reliable indicator that your next toddler will fall anywhere close to that range. My kids did EVERYTHING at slightly different ages and stages, and I had to gauge their readiness independently of each other. So if your younger daughter is showing readiness and interest in the potty NOW, go for it! Don’t feel like you should hold her back because her sister was older, but also don’t be surprised or think you made a timing error if it takes longer than a week. Every kid is different. Encourage her to sit and try, don’t push just yet, and probably in a few weeks you’ll have a much better sense whether she’s really ready to train in earnest, whether she’ll just “get it” on her own…or if it is, in fact, too soon and you’ll try again later.

If she’s safe and sleeping well in the crib, by all means leave her in the crib! Man, I loved keeping my kids in the crib because the bed just messed with naps so badly. On the other hand, once she starts climbing out or is otherwise really excited/interested in a big kid bed, go ahead and child-proof her room and try letting her sleep in the big kid bed. And yes, you’ll be in for a week or so of her popping up and out and you marching back in to settle her down. I never locked my children in but I did shut their doors completely — this is a great time for a video baby monitor, if you don’t have one already. I would just holler up to get back in bed and my boys all thought I was some kind of magic, all-seeing wizard for a few nights.

And that leads us to weaning. Which actually doesn’t sound like your primary goal — that’s to get her to sleep on her own without nursing. This, out of all the things you mentioned, is probably the one to zero in on and focus on. Everything else can wait. So you do need to tweak your routine a bit. Leave the lights on in her room, maybe. Nurse her with the TV on WITHOUT the expectation of sleep,  then have your partner put her to bed while you stay put. If she dozes while still on the breast, unlatch and SLIGHTLY rouse her, then give her a lovey to focus on in the crib. If she cries and protests, soothe her and reassure her, but stand firm that milk is over and going night-night now. You might need to incorporate some gentle, gradual extinction sleep-training methods for a few nights.

If you really DO prefer to just wean all together and let the sleep stuff be the secondary goal, the morning session is usually the easiest routine to break. There’s so much to DOOOOO in the morning so lots of babies/toddlers don’t realize there’s even a reason to protect when you wake them up and go right to the breakfast table or playtime without a nursing pit stop in between. Once that session is gone for a few days (up to a week), move on to the next target. Which for some kids, the bedtime one is the best one to knock out, while for others that’s the last one to go. Since she naps at daycare without milk, you again might want to enlist your partner’s help (or a relative/sitter who can come over) for a couple days. Get her to associate naps at home as ALSO happening sans milk.

(Also, a call for comments! Need more input/advice on weaning a 2 year old and/or breaking the nurse-to-sleep habit at that later age. Mine were all done with the boobs long before that.)

I imagine an argument can be made to switch her from crib to bed BEFORE you eliminate her sleep crutch, but ehhhhhh I dunno. I think the older kids get the harder those crutches are to deal with already, and even an extra month or two into toddlerhood can make a big difference. Plus knowing she’s fully capable of putting herself to sleep before making the switch to a bed will help you set reasonable expectations for her, and not worry that you need to start adding middle-of-the-night nursing sessions back in just to settle her back into her Freedom To Roam Bed.