Twitter Facebook Pin It Email Article
Prev The Toddler Nap Transition Next Morning Wars: The Toddler Who Won’t Wake Up 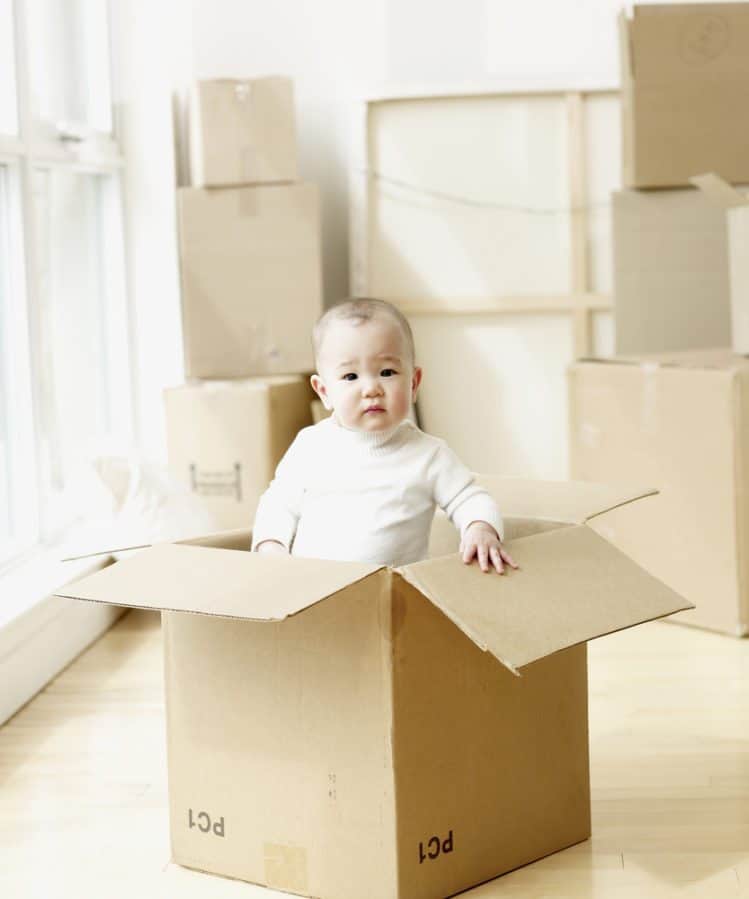 Moving With a Toddler

I am a loyal reader and huge fan. My husband and I live in DC with our 22 month old son, and we are preparing for a sort of sudden move to a bigger house in our current neighborhood. Due to the craziness of the DC real estate market and a few other factors, this is all going to happen really fast. We’ll close on our new house in exactly a month and need to sell our house in the meantime. Serendipitously, we’re going to be at the beach for the first two weeks of August so we are rushing to get as much done as possible before we leave so the intrusive parts of selling the house (painting, staging, showing, etc) can take place as much as possible while we’re gone.

I’m writing to you about this because I just want to make sure we’re doing everything possible to help our son with these big changes. This is the first time since we became parents that we will have this kind of upheaval, and I’m trying to draw on every piece of advice I’ve read over the last two years about toddlers and transitions and routines, etc. We’ll keep him at his daycare (which he loves), we’ll make sure his room is set up first and try to make it look as close as possible to his old room, we’ll both be with him every night and morning, etc.

The timeline will be this: this week and next week lots of stuff gets moved out of our house and some painting happens. Then, we leave to spend two weeks at the beach all together (including the dog and my mom who is a big part of his life), then when we get back we may be back in our old house for a week, or we may all move into my moms for a week, and then finally we’ll move into our new house. It’s a lot of transitions for such a small kid, and we have tried to limit them as much as possible, but I know it will be tough. I mean, it will be tough on us and we are adults!

What else can we do? What should we expect from him in terms of feelings, behavior, etc? He is generally pretty adaptable – sleeps well in strange places/on vacations, but I’m sure the stress of transitions will come out in other ways. Clinginess, I assume? What else? Should we try to do any goodbye rituals at all with the old house, the yard, etc? He is at an age where he says goodbye to everything all the time. Bye car, when we get out of the car. Bye to every person at daycare every day, etc. So I feel tempted to try to do some version of that with the house, but I also feel like it’s all so far over his head, so I don’t know.

He doesn’t have any lovies – has never wanted any of what we’ve offered him. He just sucks on his two fingers or comfort, and sleeps with his two favorite books. So all of that is portable. But I’m sure there will be things he will miss that I won’t see coming. I just want to do what I can to make room for his feelings and try to help him feel as secure as possible.

Thanks in advance for your advice.

We’ve done two moves since having children: Our firstborn was about 15 months old for our first move; then move number two came when our youngest had just turned four. (Older two were six and nine.) And both moves were dominated by one pretty big observation: Kids are way more adaptable than we often give them credit for.

So while you certainly shouldn’t assume a move won’t come with ANY sort of transitional issues or confusion, it sounds like you’ve got a pretty good set of circumstances that should keep the disruption to a minimum: A very young, generally adaptable toddler who has traveled and has a proven ability to sleep in new/different places, who isn’t changing daycares, and who will be staying in the same city and neighborhood (and thus staying around familiar sights/places). That’s honestly pretty ideal, I’d say.

I would recommend checking out Twigtale and if possible, making a version of their “I Am Moving” book. (Disclosure: I have also written a book for Twigtale, but do not receive royalties/compensation from recommending any other title.) I made one for my youngest and found it MASSIVELY helpful: I included photos of our old house and our new one and could highlight both things that were coming with us (his favorite toys, our pets, etc.), as well as the things we were going to have to say goodbye to (our backyard, his preschool, etc.). So it would be similar to the “saying goodbye” ceremony you’re thinking of, but also provide a bit of a visual preparation/reassurance ahead of time. My son continued to read and re-read the book after we moved as well — I think seeing photos of his old house/room was comforting, as were the “before” photos of the new house (I used the listing photos). Now he could walk through those rooms and see our furniture and things in them and the changeover seemed to really help him grok to okay, this was someone else’s house but now it’s ours and we live here now okay I get it.

What to maybe expect

As for what to look out for? At 22 months, the most likely issues you’ll see are sleep disturbances (again, you might not since your son is a seasoned “I sleep in other places” type of toddler) and some clinginess/separation anxiety and possibly an increased frequency of temper tantrums. A toddler who is feeling insecure about a lot of big changes will often act out in negative attention/boundary testing ways. You’ll want to counter with tons of positive attention and react calming and consistently to the negative attention seeking. (You can understand the emotional undercurrent, but that doesn’t mean you can or should tolerate or excuse resulting bad behavior.) Basically, keep your reactions and discipline expectations every bit as consistent at the new house as they were at the old house. That will give him the emotional consistency he needs, which is every bit as important as the consistency in routine and familiar items/toys/books.

I think you’re going to be just fine, though. Congratulations on your wonderful new house!

We moved when our son was that age, and we were shocked by how well he adjusted. We talked up the “new house!” and how exciting it would be and how he would have a new room and big yard, etc. Just kept it positive. He didn’t see the house until the walk-through before closing, so it was empty, and we told him which room would be his. When we moved in, he went right to it–it helped that he was at daycare for the day of the move, so we had his crib set up already. He was much… Read more »

We’ve moved intothree houses and taken our kid on the road to two grandparents houses for a three month stint, before the age of 2.5. And you know what, I’m sure it’s super different for every kid, but we’ve always talked about it in advance (hey we’re going to move to a new house soon, isn’t that exciting/it’s going to be an adventure), always made a big show of showing him the house when we get there (and with the most recent ones before we move) and it’s always been fine. Don’t freak out and he probably won’t freak out… Read more »

You will be absolutely fine. We are a military family and just moved a month ago with an 8,6,3.5, and 22 month old. With this move and previous, the toddler has always been the easiest. A little bit of sleep disruption, but as long as they have the people they love around them, they transition to the new normal very quickly. The older kids are a whole different story though….

My son is also 22 months old. We moved less than three weeks ago. And he was totally fine. We didn’t do anything special to prepare him; we just made sure his essentials (crib, changing table, high chair, food/cups/bottles, a few toys and books) moved over on moving day. Every child is different, but 22 months still seems to be young enough for my son to take a move in stride.

If it’s at all possible to visit the new house a few times before you move in, I highly recommend that. It makes the move a little “softer.” My youngest was also 22 months when we moved, and is incredibly stubborn and hot-tempered. I think being told a few times ahead of the move that we’re going to live in this place headed off what would have otherwise been some massive tantrums about “when will we go home?” There were some sleep disturbances of course, but I think none of the family slept well in new digs at first. And… Read more »