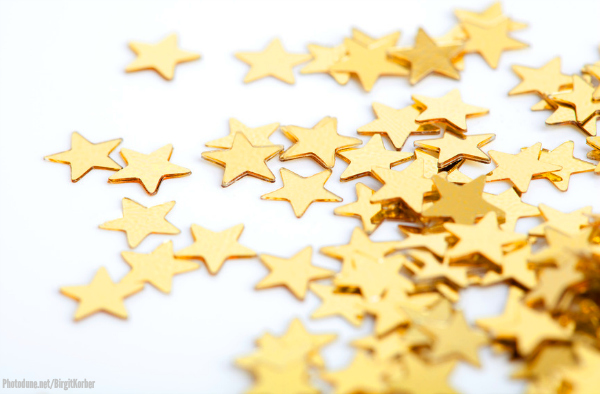 How to Build a Behavior Chart for Your Toddler

I have a question I can’t seem to find a concrete answer for on the internet, so I’m hoping more for the opinion of a Fellow Parent Who Has Successfully Raised Kids Older Than Mine (we don’t have too many yet in our friend group).

My daughter is 21 months old, and she’s our only kid, so we’re not great at telling when some Best Pin EVER!!!!!! is a good fit for her age. She’s generally really well-behaved, but we’ve been working on staying her own bed all night. She was doing really great and we were foolishly high-fiving our awesome parenting skills when a bout of separation anxiety set in last month, causing her to wake up multiple times a night trying to climb into our bed… and generally fight bedtime altogether. We’re down to only a night or two a week now of getting up, and I want to encourage her to keep going. (FWIW, I totally subscribe to your philosophy of “do what you want as long as you stay in your room”. She takes a few books to bed and once I’m out, I’m out. It worked great until the separation anxiety!)

I was hoping maybe a sticker chart would help? She’s really motivated by plain old enthusiasm (high fives and cheering) but bedtime doesn’t have the same instant gratification that, say, being great about brushing your teeth does. I’m just not sure if she’s old enough to grasp the concept yet?

Also, as she’s getting more and more independent we’re trying to give her some tasks that she can feel good/helpful about doing. I was thinking of doing a hybrid behavior/chore chart so there was some easy, more instantly rewardable things on there besides staying in bed. The chores I could care less about – she typically helps do them anyways, and we can do them together: feed Fishy and help feed the dog/cats.

So, what age would you generally recommend for a sticker chart? If she’s too young, any tips on rewarding a kid for something that’s happened the night before (ie staying in her room)? What’s worked for your family?

Thanks so much in advance!!

So here’s my over-arching big-picture philosophy on behavior charts for very young children: They work best when they are a visual extension of the positive reinforcement your child already receives from you on a daily basis (praise, high fives, you-picked-up-your-toys-so-now-you-get-a-cookie, etc). I don’t think there’s any right (or wrong) age to introduce a behavior chart, and it certainly won’t hurt anything to at least try. If your toddler doesn’t seem to grasp the concept or respond to the incentives, you can quietly put it away and then try again in three to six months. Just because it might not work the first time for the first particular behavior doesn’t mean it won’t work later, when she’s a bit older or you’re using it for a different purpose, like potty training or real chores.

(Believe me, we’ve gone through a TON of charts and failed spectacularly at using them consistently, but when a specific behavior issue crops up the first thing we do is draw up a new chart on the kitchen chalkboard wall. Despite our past inconsistency, our kids STILL respond to a chart and a specific reward goal like gangbusters.)

So I’ve mentioned “behavior” in the singular form a few times, and that would be my Number One Advice for anyone looking to introduce a chart to a young toddler or preschooler. Only ONE thing listed on the chart should be something that your child actually isn’t doing (or not doing) consistently. Everything else should basically be cake, stuff they’ve more or less mastered. So the things you already praise and high-five your daughter for (like brushing her teeth, feed Fishy, etc.) would fill out the rest of the chart. That way she’s more likely to understand how the chart works and what the incentive is for getting all her stars or stickers each day.

Since she’s so little, I’d probably stick to three to five things, arranged in the order she usually completes them throughout the day. Let her be the one who places the sticker or magnet or whatever you go with to mark the task as “done.” To set her up for success, you can even leave “stay in bed all night” OFF your first iteration of the chart until you can sense she’s “getting” it and responding to the special extra positive reinforcement that she’s being good and helpful. So maybe start off with 1) Brush teeth, 2) Feed Fishy, 3) Feed dogs/cats. After a few days or a full week, go ahead and add two more things. Staying in bed all night and one more easy-to-semi-easy one. (Like picking up toys, putting clothes in hamper, etc.)

As far as what kind of reward to offer, that varies WILDLY by kid. And don’t be afraid it takes some trial-and-error. For some kids, just the stickers or stars and feeling of accomplishment are almost enough. Other kids are happy with small token-type rewards, like pennies, an M&M or a temporary tattoo. Other kids respond to a big, super-special reward (money, a new toy, a special outing) they have to “work” towards, by consistently completing everything on the chart for a full week. That last one can be a harder concept for a very young toddler to understand, though, but again, it varies. I will caution against offering rewards that require a lot of effort or money from YOU, like driving to the store to pick a treat out, buying an expensive-ish item week after week, keeping a stash of dollar store crap that you’ll forget to restock, etc. You want something that’s EASILY sustainable on your end so YOU can stay consistent and not end up undermining the entire undertaking because you got lazy. (Speaking from experrrrrrrrrience. If it’s not something I always have in the house or can bulk-order via Amazon Prime, it’s not gonna work in the long-term.)

As for the overnight, non-instant gratification issue, I wonder if there’s something you can do first thing in the morning during breakfast?  Is some small healthy-but-“fun” food she can have (toaster waffle, fruit salad, yogurt smoothie, a special cereal, etc.)? That might be a tempting, tangible “thing” you can show her before bed and remind her about, and then make a Big Exciting Deal Over the minute she wakes up in the morning. If you’re not comfortable rewarding with food, she could watch a short cartoon while she eats, or play with whatever other prize/token you’ve found motivating (stickers, Play-Doh, whatever).

Anyway, I’m a big fan of the behavior/chore charts. I don’t think I’ve personally introduced them before age two, a very small, very visual chart for a child who already responds well to positive reinforcement is probably worth trying. If you do go for it, let us know how it goes!