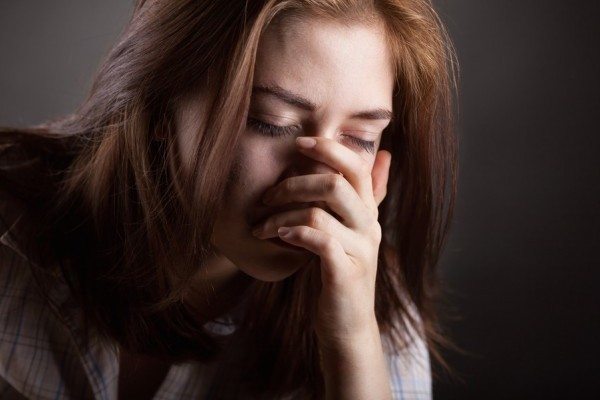 You seem to be pretty good on trans-generational issues, especially where there’s a special needs child in the mix, so maybe you and your readers can help with this one. Goodness knows I’m out of ideas myself.

My husband and I live in Southern California, our families live back in England. We have two children and naturally their grandparents want to see them as often as possible. A very large part of our disposable income goes towards making that possible, and mostly we’re glad to make the financial outlay and in many ways our biennial UK trips are great fun.

However, my ten-year-old daughter has… issues. We’ve never had anything much of a diagnosis, beyond the vague “anxiety disorder,” but it’s now beginning to look like it might be juvenile onset bipolar disorder (this manifests quite differently to adult bipolar disorder). She is habitually irritable and frequently has huge, horrible meltdowns which erupt over nothing. My family, on the other hand, tend towards much less dramatic behavior (British repression, possibly?) and find my daughter’s behavior very hard to cope with. After much reluctance (with which I’m sure you can empathize) we’ve finally put her on medication, but we’re starting with a low dose and working up and it’s yet to take effect.

The biggest problems come when we see my mother. We have a very small home and so does she – combine that with an extremely volatile child and you have a recipe for discomfort. Added to this are the problems when my mother visits us – we only have two bedrooms, my daughter will not sleep in the same room as my mother (my mother snores and my daughter has sensory issues around noise), and also finds the idea of someone else invading her space extremely stressful.

My mother and I both work very hard to try and make sure things run as smoothly as possible. My mum is aware of how difficult it is for us when she visits, and tries to be as considerate a guest as possible, and tries to avoid expressing her disapproval of the way my daughter behaves and things like my haphazard attitude to housework. The trouble is, I know her too well, and I’m all too painfully aware of how hard she’s trying and how much she’s disapproving. She also finds my daughter’s meltdowns distressing, and when my daughter’s anger is directed towards her, as it often is, she finds that very painful – and expresses that pain as, you’ve guessed it – more suppressed disapproval.

I, on the other hand, am constantly trying my hardest to smooth over everyone’s hurt feelings and do everything in my power to make my mum and my daughter comfortable, which tends to result in my stress levels going through the roof. I frantically clean the house in anticipation of her visits because some part of me believes that by putting more and more effort into preparation I can make the visit a success. Of course, me being stressed rubs off on the rest of the family, which makes my daughter’s behavior still more volatile – and the vicious cycle continues.

My husband and my son (age 7), on the other hand, deal with the atmosphere when she is here by withdrawing into themselves, which as you can imagine, improves the atmosphere immensely. I’m not even sure my husband is really aware he’s doing it, and unfortunately, to someone else, it looks like he’s being cold and unfriendly.

My mother loves her grandchildren, and I would hate to deny her access to them. On one occasion she house-sat for a friend of ours while she was visiting, so she was sleeping elsewhere, which gave us all a bit of space, but this was only a partial solution – things were still very rough during the day, and so I’m not sure a hotel would help much even if any of us could afford it. Besides, last time we visited my father (he and my mother are divorced) he put us up in a hotel; and even though I knew it was the best solution for everybody, given my daughter’s behavioral difficulties, I felt so rejected I cried for half a day. I can’t do that to my mother.

I’ve been to therapists about this, and it’s something we’ve been actively working on with my daughter’s therapist for years, but there’s not been much in the way of results. Frankly I’m sick of therapy, and was kind of hoping you might have a fresh angle from which we could come at this?

Oh, you poor thing. This all sounds horribly stressful. I think I developed at least three new nervous tics just reading your letter.

You’re working so. Damn. Hard. At these visits, because in your head, they are the Right Thing To Do and Important and We Will Be A Family and We Will Bond Across The Continents No Matter What. And then when everybody is miserable because reality is a big ol’ bitch, you’re putting all the blame on yourself. And yet you don’t want to stop the visits because GUILT GUILT GUILT, even though that’s rarely a good motivation for doing things, and so someone purchases a plane ticket and the whole awful cycle begins again.

I believe you that there are good times and fun aspects of the visits, but there’s also — in just a few short paragraphs — perfectionism, panic, meltdowns, mental health triggers, passive aggressiveness, hurt feelings, disapproval, avoidance, anger and guilt. That’s…an awful lot of dysfunction. And none of it is good for you, and (since you probably rank your own feelings/needs way below everybody else’s) none of it is not good for your DAUGHTER. And it’s really probably not solidifying any great long-term grandchild/grandparent relationship to be regularly pushing everybody into these stressful, fraught situations. “BOND, DAMMIT,” you’re yelling at the void. “WE’RE A FAMILY. WE LIKE EACH OTHER.”

(In response, the void decides to give you the silent treatment, right after it sighs over the clutter on your kitchen counter.)

When you’ve got a special needs kid with a litany of known triggers, and that child has not yet acquired adequate coping skills for those triggers, it’s really in everybody’s best interest to avoid those triggers as much as possible. Let her do some controlled listening therapy to deal with her audio sensory problems — don’t ask her to bunk with someone who snores and freaks her out and ruins her sleep night after night. Let her have her meltdowns surrounded by people who get it, and her — instead of bringing in someone who you know (and I bet your daughter knows) is going to be impatient and judge-y about something the poor kid can’t help right now.

Your daughter is going through a big transition, on the cusp of a pretty serious diagnosis that will change a lot of things, and beginning a new medication that isn’t helping yet. So I really don’t think it’s a terrible, awful thing to be honest with your family that you need to pause the visits. Just imagine your daughter had a physical illness instead of a mental one —you probably wouldn’t even hesitate to keep her protected from anything (and everyone) who might possibly make her sicker. It’s really the same deal here. She’s not well right now. Travel and schedule disruptions and houseguests invading her space just aren’t doable for her, and only make her symptoms worse.

Hopefully, in six months or a year, you’ll have her illness more under control and visiting will be possible again. For now, just…stop. Give yourself permission to stop. For everybody’s sake, including yours. Because damn. You tried. It’s not working. It’s not your fault. It’s not your daughter’s fault, either. It’s just how life is sometimes.

Install Skype or FaceTime. Let the kids have individual video chats with their grandparents. Send them photos, video messages, add “write a letter to grandma and grandpa” as a monthly homework goal. It’s going to be okay. You’re not denying anyone access — you’re just going to get creative so the access and relationships are more positive and less stressful. Focus on your immediate family for now, and yourself, and release yourself from the obligation to be the cross-continent super-glue that holds everything together.