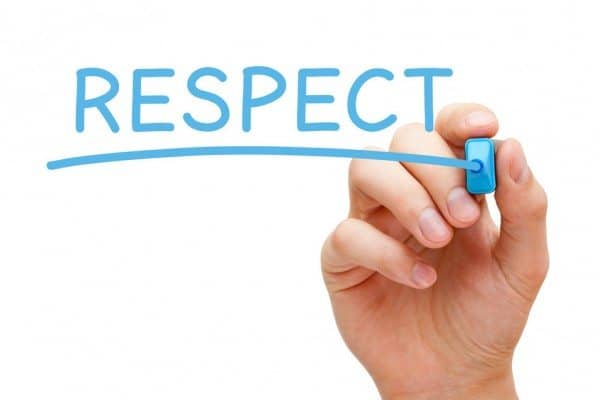 My name is Mir, and I am a broken record.

At least, if you ask my kids, that’s probably what they’ll tell you. There is no lesson worth teaching that is not also worthy of endless repetition, in our house. “Please,” my daughter will plead at least a couple of times per week, “Could you… maybe just… not make with the many words? Please??”

“Making with the many words” is what I do, in my work and also in my everyday life. It can become overbearing. That’s not my intention, of course, but I know it does. I’m trying to back off, because even the most pertinent lesson gets lost if the delivery evokes rolled eyes and total overload. I know this. I also know that it’s better to demonstrate than pontificate—lead by example rather than by lecture, right?—and that seems reasonable until you have teenagers.

Teenagers are riddles wrapped in mystery and lodged inside an enigma of self-absorption. I say this with love, by the way. It is developmentally appropriate for our teens to be re-prioritizing themselves above everything else as they enter this final stage of separation from their parents. It is also maddening and confusing if you happen to be the fairly functional adult living with said teen(s). On the one hand, you live out what you feel is a pretty decent example of your values 99% of the time and it goes unnoticed, but on the other hand, that one offhand comment you made three weeks ago sticks with them with startling clarity. Teenagers have a way of ignoring what we feel is the Big Stuff and latching on to every time you weren’t your best self or when you lost your temper at the end of a prolonged period of saintlike patience.

(Not that I consider myself saintlike. Let’s be clear: I make a ton of mistakes. I’m not just human, I’ll admit to falling much closer to the “deeply flawed” end of the humanity spectrum than I wish. But I’m a work in progress.)

Right now I find myself struggling to teach my teens a lesson I feel is central to being a happy human being who can function in society. I try to live it, lord knows I “make with the many words” about it on a regular basis, and we’re still just not quite there. The lesson is this:

Respect is as much about you as it is about the person to whom you give it.

Depending on whom you ask—or even when you ask—we love to bandy around two opposing concepts in our society. The first is that respect must be earned; the second is that respect must be given to certain people wholesale, regardless of who they are or what they do. I believe neither of these standard lines is correct. More specifically, I believe both are too simplistic.

Certain levels of respect should be earned. Don’t admire someone who treats other people poorly and grovel at their feet, sure. But a teacher (for example) deserves a certain modicum of respect because of his position, and even if he’s a terrible teacher, it’s still your butt in detention if you choose to treat him disrespectfully. Furthermore, you can disagree with him and even work to change certain aspects of his classroom behavior without being disrespectful. You can make peace with behaving a certain way because you choose a certain baseline of kindness toward others, without sacrificing your values; in fact, that baseline should support your value system regardless of the other person’s behavior. Because you can’t control other people, but you can make mindful choices about how you choose to behave.

Conversely, no one deserves mindless adoration simply because someone says so. Again: there’s a difference between choosing to behave in a respectful manner and handing someone your wholesale trust. Even if someone else is behaving in a way you don’t like, how you choose to treat them is still on you, not them.

I don’t know if it’s the invincibility of the teen years or the emotional need to be right and let others know when they’re displeasing, but the nuances here seem lost on my teens. I’m really struggling with how to make it clearer to them, beyond my oft-repeated reminder that being a jerk to someone doesn’t change them in any way, it just makes you kind of a jerk.

Last week I watched my daughter pick up the phone and proceed to be so rude to the person on the other end that I could feel my face reddening with secondhand embarrassment (and that’s not something that happens to me easily). Trying as hard as I could not to “make with the many words,” I opted, instead, to simply point out that regardless of what crimes she felt had been perpetrated against her by the caller, this was an unacceptable way for a kind and thoughtful person to behave. Being mean would not change anything about the caller, but it did speak volumes about her. I suggested a call back to apologize, and she sighed. Later, she did call back, and I was pleased to hear her explaining that she was upset but that did not excuse her handling of the earlier call, and she was truly sorry for her poor behavior.

It’s a step in the right direction. But it feels like an awfully long road, especially when so many adults still haven’t figured it out. I’m open to suggestions on how to keep the process moving forward.