Twitter Facebook Pin It Email Article
Prev All He Wants For Christmas Is A Princess Toy Next How Should Kids Address Adults? It’s Time for Mrs. and Mr. to Make a Comeback. 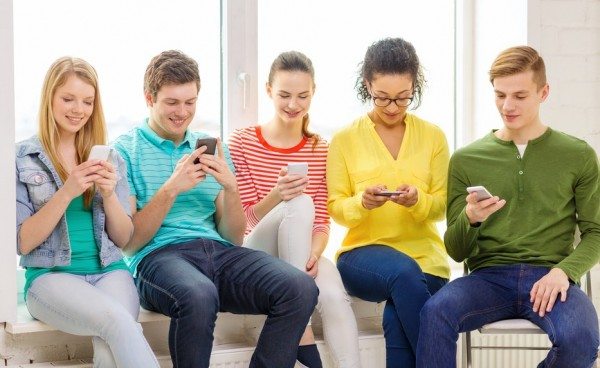 If You’re Shallow And You Know It, Clap Your Hands!

I am not, in general, a “material goods” kind of person. My husband loves to tease me that I am the most un-sentimental person he’s ever known. I would rather throw it away than have a mess of things to store. I don’t collect stuff. I abhor the epidemic of “he who dies with the most toys wins.” When my son asks me what I want for Christmas or my birthday, he follows the request with a hasty, “And don’t say ‘peace on earth’ again!” Unfortunately for my kids, this means I am completely impervious to the whine of “… but everyone else has….”

In short, I’m a terrible, mean mother determined to make social pariahs of my children. I mean, they’ve never said that, but it’s been heavily implied.

It’s not that I’m some sort of saint who travels the world in my rags with only a small notebook and a pencil to record my thoughts. I’ll be the first to tell you that I like nice things and I probably spend more money on shoes than is strictly necessary. We have a lot of technology in our house. Once I caved and got an iPhone (several generations in…), it took over part of my brain and now I have trouble functioning without it. But… I pay for my own stuff because I have a job and enough discretionary money with which to do so. Also, hi, I’m a grown-up. A child—excuse me, teenager, practically an adult, Mom—who badgers me for a $400 gaming console is going to be cordially invited to find gainful employment to fund their desires.

There’s another dimension to this puzzle, too, and that’s the Divorce Dynamic of gifting. Believe me when I tell you that I have always been more pragmatic/minimalist about gifting and my children’s father has always believed in gifting extravagance. That’s just how we’re wired, I guess. But when we divorced (and I gather this is not uncommon), those separate proclivities stretched into even further polar opposites. There were years, back in the early days, when what few presents I gave the kids were the result of painstaking thrifting and eBay stalking, because it was all I could afford; meanwhile, their father showered them with more items than a single person could possibly even use, never mind any concept of actual need. I’m not going to lie, that was hard. I was bitter (for a long time). I didn’t like that in addition to being the everyday “unfun” parent I now could never, ever possibly measure up when it came to special occasions, and I resented that I even wanted to, because I was not going to get into a pissing match of stuff in some attempt to make it “more fair.”

Time passed and my anger and annoyance faded. I became more financially stable but still adhered to basic tenets about gift-giving, specifically that “more is more” would never be a guiding principle, and that not getting everything you want the second you want it is good for your character. My kids’ father continued to give them more than I ever would’ve, but I figured out how to disengage from that power struggle and simply smile and say, “Wow, that was really nice of Dad! Lucky you!”

My teenagers have had “dumb” phones for years. Even though “everyone else has smartphones!” (This may or may not be true.) My son doesn’t care too much, but my daughter has bemoaned her lack in this area for a long time, and it was easy enough to convince her that she would never, ever be receiving a smartphone from us. The thing is, non-smart cell phones are no longer in demand (because everyone has smartphones), and although we upgraded them from crummy phones a while back, both of the kids’ phones have recently stopped working properly. My daughter’s phone likes to randomly power down, while my son’s phone often forgets how to pick up signal. This is frustrating for everyone, because it means that ability to send a text or make a call—the reasons I allow them to have the phones in the first place!—is hindered. Yesterday I got an email from my son that said, “My stupid phone is refusing to work and I’m not sure this email is even going to work but can you pick me up at 4:45?” Hey, good for him for figuring out an alternate method of contact, but I received that email at… 4:50. As I tore out of the house, I both texted and tried to call him, but his phone wasn’t working.

Even though it shouldn’t be a surprise, I recently realized my daughter will be off to college in just 18 months, with her brother following a year later. We’d decided a little while back to upgrade them to iPhones for Christmas; after yesterday’s pick-up snafu, we decided to give the kids the phones last night. So it was a double surprise, because no one was expecting a Tuesday night iPhone (ha!) and neither of them were expecting iPhones, period. (And for those who are curious, because I know I would be: Noooooo, we did not get them the latest-and-greatest. We got them the cheapest models available. Poor pumpkins.) My daughter, especially, was ecstatic.

I would love to tell you that this was purely a sensible logistic move; their phones had become unreliable, and years of dealing with good-for-texting-but-no-data phones have taught us that those phones are crappy, and also, thanks to some wheedling, we managed this upgrade without increasing our monthly bill (even though we added in data for two more phones). That would be a lie, though. That was a big part of the decision, sure. But the whole truth is that it is very, very rare that I get to be the one to give either kid a “big” gift. Both kids have been doing a lot of hard work this semester, and I don’t mean schoolwork, either—my son has adjusted to being a full-time public high school student, has strayed out of his comfort zone in countless situations, and has generally been a rock star about handling everything, and my daughter is coming off of a very rocky few years and is finally making real strides in taking the helm of her own life. I tell them all the time that I’m proud of them (and oh, I am), but yeah, okay, I wanted to be the one to give them something “cool” as that material “You’re awesome, here’s a tangible goody” reward. Good behavior is its own reward, sure, but… it’s fun to play Santa, too.

The delighted dancing I witnessed last night made my day (week, month, year).

Does this mean I will start giving them everything they want, whenever they want it? Or that I won’t take those phones right back again if there are problems? Nope. I’m still the mean mom, in some ways, but I sure am enjoying what’s likely to be a very short-lived stint as The Greatest Mom Ever. If this makes me a shallow person, I can live with that.