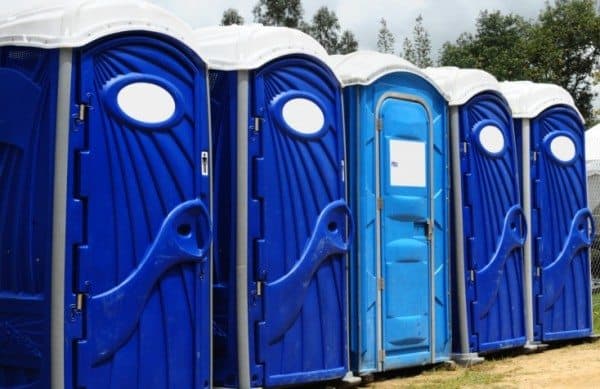 Love your blogs and columns, and am hoping you can answer my burning question.  I saw on your blog you are attempting to potty train Ezra.  My hubby and I are currently trying to train our 17 month old, although we are well aware that we’re probably just training ourselves at this point.

Anyhoo, things are going fairly well.  But I am taking the kid on a trip in early June.  I have no idea what to do regarding the potty training while we’re gone?  We’re flying, so we can’t bring a potty with us.  And while we are traveling to a friend’s house that is fairly kid friendly, they are by no means kid equipped.  So we are renting a crib, highchair and baby gates.

So do we get a potty when we get there?  Just put her on the big toilet and see what happens?  Forget it for the 4 days we’re there?  Buy one of those itty bity toilet seats and carry it around with us everywhere?  I have no idea.

And just to give you a general idea, we usually get about 3 to 4 pees in the potty each day, and 1 poo in the potty.  Diapers at nap and bedtime, otherwise naked or training pants.  I’m not really willing to put her back in diapers full time for 4 days, but also not sure how feasible it is to get her to the potty while in the airport, flying, at a strange house, etc etc.

Any advice would be appreciated!

Oh man, you are braver parents than I.

Personally, I prefer the “boot camp” approach to potty training, meaning blocking off a few days to devote ourselves to it full-time, with no leaving the house, a naked toddler and regular parent-dictated trips to the potty. (This also gets called Potty Training In A Day or Potty Training In Three Days. I’d say it usually averages out to be more like a week.) If, after those days are up, it’s still not “clicking” and the kid still isn’t ever really initiating potty trips and having regular accidents, I take that as a sign that he’s not truly ready and put the process on hold for another time.

(Every kid is different, of course, but I know myself, and I am mostly way too lazy to deal with extended potty training, even if it means another year of washing cloth diapers. Do it yourself, kid, or do it in diapers where it’s at least easily contained in non-puddle-in-the-middle-of-Target form.)

Noah trained in about four days (at 2.5 years of age) and while we did have the occasional accident now and then, I could at least count on him to do his part of the bargain (either tell me when he had to go or at least answer honestly when I asked) (though of course I felt like I was asking 500 times a day for awhile there). Ezra…well, we’re going to try again next month, I think, once school is out and I don’t have to interrupt the training when it’s time to take his brother back and forth to school. He’s at least familiar with the concept and understood what we were asking him to do — he gets that everything going on down there is “potty” and will go sit on the potty when we ask him to, but the fundamental part of actually going to the potty while sitting on the potty (instead of 30 seconds later, after he stands up, or by complete lucky timing on our part) continues to elude him. I have no doubt that the entire concept does not translate to potties Outside Our House. So, he’s back in diapers for now.

Of course, Ezra is not our only child to hover over, so that really conspired against our dreams of early potty training. We’re hoping June will be the month, but if not, EH. I’m fine with that too.

Wow. Okay. That tangent had absolutely NOTHING to do with your question. I guess I started imagining no-diaper traveling with Ezra at his level of training and couldn’t deal with it even for pretend. BUT. We did travel with Noah post-training, or at least move beyond keeping him at home all the time. But it really does depend on where your daughter is with training. If it really is just you training yourselves at this point and you can’t really count on your daughter to help you out at all, that’s…gah. I wouldn’t do it. You’ll probably need to keep her at least in absorbent training pants most of the time, and will need to pack a TON of extra outfits and wipes and various Absorbent Things and be prepared for accidents, and it just doesn’t sound like much of a vacation.

But then again, even a kid who IS doing well at home and has had that moment of “I get this” can completely regress once they’re away from home. (That puddle in the Target aisle? Happened. Twice. In the same trip! After we’d already made two stops at the potty! What the hell, kid?) Here’s what I remember:

1.  Those little fold-out plastic potty seats that fit in a diaper bag were kind of useless. Despite terrible user reviews on Amazon, I still ordered two of them, because they just SEEM like such a good idea for public restrooms. In theory, sure — but they don’t really work. They are too flimsy and your child doesn’t feel secure on them — not to mention they can (and do!) pinch little butts and legs, just like the Amazon users TRIED TO WARN ME ABOUT.

2. Getting your child used to a regular-sized potty without a seat is actually the simpler way to go. It can be scary for her to feel unsupported, so crouch down in front of her so you’re eye-to-eye and assure her that you’re holding her tight and offer your thighs as foot support. I thought practice runs at home would help (he used the Big Potty, just with a seat adapter), but it ended up being something that Noah eventually just figured out Was The Way We Do Things When We’re Not At Home. (No way I was going to push ANYTHING on him that would possibly upset the flow of the at-home training.)

3. Beware the auto-flushing toilet! Scares the CRAP out of toddlers, especially since their bodies are often too small to really “register” and the toilet can flush while they’re sitting on it. Before putting your child on one, toss a washcloth or a Post-It or something over the sensor to disable it. Some kids are just scared of regular public restrooms because the flushes are SO LOUD and going on in other stalls all around them. Be ready for this and be ready to offer up a lot of reassurance that it’s okay.

4. Treat car/plane/train rides like nap or bedtime. Pull-Ups at least, but a diaper is probably better for everyone’s sanity. By all means, visit the potty several times at the airport and even on the plane, but give yourself a decent back-up plan! You’re all going to already be distracted and probably rushed and thinking of 400 other things at the same time — put your daughter in something absorbent, for everybody’s sake.

5. The Baby Bjorn toilet trainer/seat adapter is great for at-home and travel. Noah didn’t like the kiddie-sized free-standing styles, so it was totally by luck that I figured out the added advantage of training with the Big Potty and a seat adapter: the seat fits easily into a suitcase, and voila! Every toilet at your destination can be just like the one you’re used to at home. (It’s too large to lug around in a diaper bag, which is why we tried the aforementioned fold-out seats, but we ALWAYS take the Bjorn version with us on overnight trips.) So rather than buying (or renting? ew?)  a stand-alone potty at your destination, buy this and pack it in a suitcase.

6. Tell your hosts that you’ll be potty training. I found most people to be incredibly understanding — women always let me cut in line at public restrooms when I explained that Noah was training, and more than once they heard me praising him and then clapped and congratulated him when we left the stall. But I was terribly nervous the first time we visited Jason’s aunt and uncle’s condo at the beach — Noah was pretty well trained by that point but YOU NEVER KNOW — but they’d trained their kids and were totally fine and helpful. Still, though, your hosts might want to make sure they have their preferred brand of upholstery or floor cleaner and extra paper towels. (That you will of course offer to pay for.)

7. Be flexible! Your hosts might want to plan all-day excursions or lots of things! and places! and activities! So you might very well have to choose between consistent potty training and being polite guests. Your daughter might spend more time in diapers than you’d like — or she might respond to the praise of Other People and finish training right then and there! You just never know. The only no-no, of course, is to get upset when accidents happen. So be realistic with yourself: Can you handle a potential accident at the airport cooly and calmly? What about at your friends’ house, or at their favorite restaurant?  Are you okay bagging up multiple wet outfits? If you honestly feel like maybe you’d get angry or frustrated or embarrassed (and we’ve ALL BEEN THERE), put her in a Pull-Up, at least. Even if the clock resets a little on her training progress, it’s way more important that you guys enjoy your vacation as a family and that your daughter feels successful enough to view potty training as a positive, mostly stress-free thing once you’re back home.