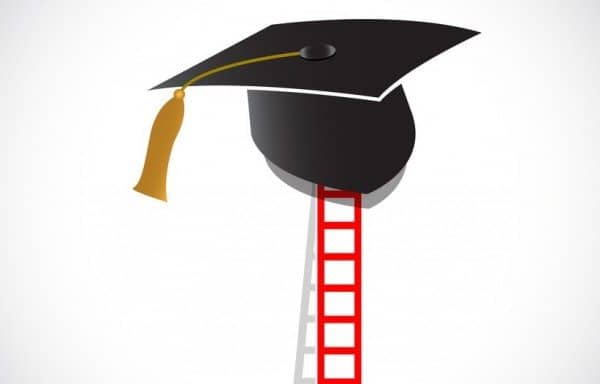 May I Have This (Senior Year) Dance?

It started with a simple question, a few months ago: “Are you going to leave the parental controls on my laptop when I go to college?”

I couldn’t stop laughing. She was serious. And why not? In her world, for her whole life, I have erected barriers in her way while she has schemed to get through, around, and over them. One of the “joys” (the quotes here, you understand, come with meaningful eyebrows) of raising a child with ADHD is the almost total lack of impulse control… necessitating, in our case, rules upon rules upon rules. My youngest can be told “no computer after 9:00 at night” and that’s all that has to be said. But my oldest will say okay—and maybe even really want to abide by that, at some level—and the lure will just be too much unless the computer is left downstairs and the parental controls render it inoperable until the next day. That’s just how it is.

“No, of course not,” I said. “In fact, a lot of things are going to change this school year, while you’re still home with us and have that safety net. The goal would be to lift a lot of the restrictions we have in place and give you the opportunity to self-regulate so that you don’t head off to college and immediately implode from all that freedom.” She laughed, but she has no idea how many kids will be doing exactly that.

This leaves me trying to figure out the right balance of rules and self-determination. Where’s my manual for Preparing For Launch, the one which will guide me in readying her for life as a semi-adult in just one short year?

The reality is that—after a tumultuous few years—my firstborn (who embarks on her senior high school year next week) is a good, responsible kid. Does she always make the best choices? Not always. Does she usually make pretty good choices? Yeah, she does. Does she have issues with time management and impulse control, still, though on a much smaller scale than in years past? Yup. Is she a cautious driver, excellent student, and someone I feel can be trusted? Yes, yes, and yes.

It’s time to pry my fingers off the leash I’ve held on her for so long. At the same time, we’re looking at a whole year before she’s on her own, and I’m not sure just calling our parenting complete and going 100% hands-off is the way to go, either.

We started this summer: no enforced bedtime, and a little more latitude where electronics were concerned (such as removing the time limits on her computer and use restrictions on her phone, though we do still require downstairs docking each night, for now). I didn’t always love the choices she made or how much time she spent glued to a screen, but I (mostly) bit my tongue. Better to have her figure it out now than her first semester at college, right? At the same time, expectations about chores around the house didn’t change, and with her driver’s license came the new expectation that borrowing my car also meant she would run errands for me (without complaint) if asked.

Class schedules arrived, and they brought a slew of issues—missing classes, wrong classes, etc. In the past I would’ve handled this with the school, but this is her year to step up, and she knows it. “I’ll take care of it,” she said, while I fretted over whether it could all be resolved. “I’ll go in and talk to the scheduler. I’ve got this.” I suppose she does.

We made an agreement that I wouldn’t bother her about college applications, too, though I’m finding that one a lot more difficult in terms of keeping up my end of the bargain. Just when I had myself irrationally convinced that she would miss every important deadline without my nagging, during a lull at dinner last night she mentioned a special scholarship she’d found at her first choice school which she thinks she’ll go ahead and apply for as soon as her main application is done. My husband and I exchanged looks across the table, that special glance partners sometimes share which communicates, “Holy crap! But stay cool! Act like it’s no big deal!”

The term will start and there will be ups and downs and triumphs and setbacks. I know this. And then at some point—probably around Winter Break—we’ll lift most of the remaining restrictions. Will she drag herself down to breakfast one school morning, having stayed up most of the night online? Probably. But she’ll live. And so will I.

“Do I have to have a graduation party?” she asked, just a few days ago. “I’m not really a party person.”

“I tell you what,” I said. “Here’s what I’m thinking: why don’t you plan to hop around to your friends’ parties that day, and then have a little pool party for you and your friends the next day. Small, just the kids you want to hang with for a bit. We’ll provide snacks and leave you alone. Does that sound good?” She nodded. “And the night of graduation, we’ll probably do a little cocktail get-together after the ceremony, too.” Her expression changed to horror. “For the old people,” I clarified. “Something for us and our friends, while you’re out with yours. You don’t even have to be there. I know it’s your graduation, but it’s something to celebrate for us, too. It’s a big deal! We’ll want to share it with our friends, but I won’t make you sit around and endure it, okay?” Relieved, she nodded.

She’s going to be fine. She’s going to be amazing. I’ll just keep backing off, inch by inch, and if all goes according to plan… by the time we’re having that graduation cocktail party, she’ll be ready to launch, and I’ll finally be okay with letting go.