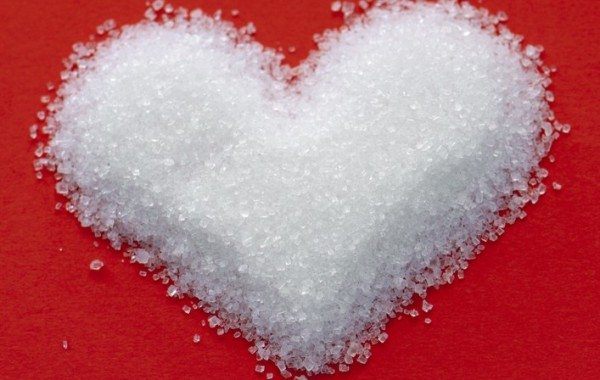 I have been reading your blog and advice column since I found it while I was pregnant. Based on your recommendation we have been using the Satter method with my now 22 month old son. Although we are starting to go down the toddler pickiness road, I don’t short order cook and my son eats fairly balanced meals.

Except there is one major issue. I am American living aboard on an island in the Pacific where my husband is from. This country has one of the highest rates of obesity and non-communicable diseases (NCD) in the world. It’s so bad that the governor has declared a state of emergency and formed a NCD task force. In addition most of the kids I know baby teeth rot before they get their adult teeth due to the amount of sugar they consume. While I believe in some cake at a birthday party and some ice cream as a special treat, I don’t believe gum, soda, candy and other junk food should be an everyday thing especially not for children under 2 and it should not be the only thing they eat for the day.

Family is huge here and we have family gatherings multiple times a week. I always bring healthy snacks for my son, but when every kid is running around with a cup of koolaid it’s hard. Twice a week my son spends the day with his grandfather and when I drop him off there is donuts and sweet buns with condensed milk for breakfast every day. Mostly my son is happy in the morning with his yogurt and fruit. I have made it very clear to my husband’s family that I don’t want my son eating sugar and fatty salty foods all the time and my husband is totally on board. Why my in-laws are also supportive my husbands extended family (includes his aunt who babysits at our house 3 days a week) and others think I’m being cruel to my son and should just let him have whatever he wants all the time. Also they don’t understand why I don’t want my son only eating rice and ramen or canned meat for a meal. Yet all of them have either heart disease, high cholesterol or diabetes and are sick all of the time and they know those foods are not good for them. My husband has changed his diet a lot, but he struggles and says he doesn’t feel full unless he has a huge plate of plain white rice because that is what he ate his whole life. I had to travel recently for work (and my husband was away too) and when I came back all my son wanted to eat was white rice with soy sauce. He now cries for rice at every meal. I don’t mind a little rice, but if I offer it that is all he will eat. If there is veggies and meat and no rice he with eat the veggies and meat no problem.

So what do we do when there is sugar and bad food options everywhere? How do I start teaching my son to make good food choices now? Can you even teach a toddler to make good food choices? My son is very independent and when he wants something that’s it. I know 2 years old is going to be hard and based on your column I hear 3 can be rough too but I don’t want every family event to become epic tantrums as I try to limit my son’s sugar intake.

This is a very tricky situation (DUH, AMY), because 1) you don’t want to demonize specific foods like sugar and rice as “bad”, 2) you don’t want to make those food super-duper “forbidden” and thus have your son go bonkers/overboard when he gets access to them, and 3) you don’t want him doing that wonderful thing toddlers do when they repeat your words in the most awkward/inelegant manner later. (“My mom said eating that will make you fat! That is probably why you’re fat! Are you going to get sick and die now?”)

Here’s what I’ve learned, as a mother who cares very deeply about my children’s diets and nutrition: Your “control” over what your child eats doesn’t really go very far or last very long. “Control” is an illusion. I do my very best to have good, healthy options in our home and prepare balanced, diverse meals to keep balance in check and pickiness at bay. But I simply cannot “control” what they eat when they are out of my care and offered things I would never serve at home. You, sadly, cannot achieve that kind of control either. It’s sort of good to accept that. It’s a pipe dream that will drive you insane…and probably drive a wedge between you and your in-laws, and create food battles with your son as he gets older and spends even more time around other kids/families.

But after relinquishing “control,” you embrace “influence.” Your influence over your child’s food choices CAN go very far, and last his whole life. You keep doing what you’re doing now: You provide healthy, balanced, diverse food choices at home. You and your husband model good eating habits. You introduce him to a wide variety of foods, textures and flavors. Food is love and joy and family and even rice/sugar/processed crap are not enemies in and of themselves. They are “sometimes” foods, and as your son gets older you choose your words very carefully and start educating him slowly on why a healthy diet matters.

Right now, for example, you can definitely start talking about the effects certain foods have on his teeth. Even toddlers can understand the concept of cavities and ugly germs and why it’s so important to brush their teeth. There’s also the vague idea that while certain foods are yummy, they alone are NOT enough to help him grow up “big and strong,” or give him enough energy to play or do [specific activity he loves].  I always try (though of course am by no means perfect) to choose POSITIVE words rather than negative ideas like “bad” or “fat.”

(From Satter: You can’t control how his body will turn out. My kids are all skinny rails with great metabolisms right now but I am not going to frame “fat” as some terrible scary boogeyman who is the Worst Thing Ever and is always a result of eating “bad” foods. That’s just not always true, and I’d like to raise empathetic non-jerk human beings.)

As my boys get older, I expand the discussion to why I don’t buy certain foods they want, like sugary cereals and a lot of the big name-brand snacks. My oldest really, REALLY should not have artificial food coloring due to ASD and ADHD. Again, I can’t control 100% that he doesn’t ever ingest some Red 40 at a birthday party or Halloween or because his social skills lunch bunch group always gives out Skittles. But I’ve talked to him about it, shown him how I check ingredient labels for it, and gently pointed out the effects it has on his body and behavior. Sometimes he still chooses the bright red candy, like just yesterday at an end-of-year party. He ate a lollipop, Doritos and a questionable juice pouch right in front me, then suffered all night from insomnia because he was so freaking amped up and anxious. We talked about what he’d eaten this morning and whether it might have been the reason for his sleep issues. It was a bit of a light bulb moment for him, like OH. OKAY. I GET IT NOW.

He’s a few months from 10 years old. So believe me when I say this whole ” teaching kids smart food decisions” thing is a really long process.

I can only imagine how frustrating it is knowing that your son’s caretakers are probably not following your diet requests, especially since he’s SO YOUNG and you’re TRYING SO HARD and the foods you’re describing go against EVERY EXPERT RECOMMENDATION EVER. When you get pushback, you can say that you’re not being cruel, you are literally just trying to follow the advice of your son’s pediatrician and dentist. It’s tough since I’m sure your in-laws see your choices as a judgement of theirs — the way they fed/feed their children — and likely judgement of their culture by an “outsider.” Would it help to have him eat something a little filling before you head to the family gatherings? So maybe he won’t be that interested in the junk food (and you can tell people who are trying to offer him stuff that oh, he woke up starving so he already ate)? Also! Does Sesame Street air where you live? They do a GREAT job of talking to toddlers/preschoolers about healthy foods and nutrition.

You sound like you already know this, but just for the sake of completeness, it’s probably best that you not go TOTAL rice/sugar control freak at home. He’s going to grow up surrounded by this stuff and you don’t want to make it all gloriously “special” and “forbidden”, and thus set yourself up for a food battle with him. (Because spoiler alert, you will lose.) Watch portion sizes on the rice and provide a very small one every now and then. Maybe experiment with other whole grains that kinda look “rice-y” to a kid, like brown rice, barley, millet, quinoa, etc. Splurge on the organic, low-sodium soy sauce. (If you can find them, of course. I’m guessing grocery shopping is a pretty different experience where you live.) Make homemade desserts to satisfy the sweet tooth while not going overboard on the sugar, or scour the stores until you can find brands/packaged foods that while maybe aren’t perfect, are at least somewhat better than the sea of even worse choices. My kids get commercially-made granola bars and other snacks in their lunches all the time, because dear God there are three of them. But I will only buy the options without the artificial dyes/flavors, HFCS, questionable preservatives, and strike a decent balance on the sugar/sweeteners. Yes, they cost more — thus my compulsion to make as much as I can from scratch with what little time I have — but to us it’s just a non-negotiable expense.

Good luck…while I’m usually opposed to any sort of food-related battles, in your case you really are fighting a good fight, and I wish you nothing but non-sugary success.