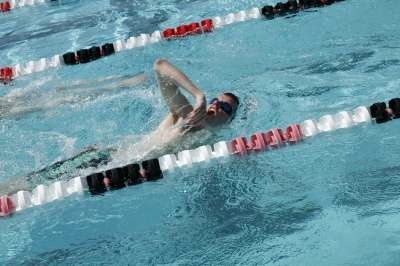 A few weeks ago I introduced you to Carol McMullen, mom to Special Olympics athlete Christopher McMullen. Christopher, a swimmer, will be competing in the World Games which will be held in Athens this year from June 25th through July 4th.  I, too, will be going to Athens (as a guest of Special Olympics sponsor Procter & Gamble) and plan to sit alongside Carol and cheer for Christopher and other Team USA athletes.  Having attended the Vancouver Games last year, I’m even more excited to attend the Special Olympics World Games and when I tell my friends they envy me much more now than they did last year.  There is definitely a history and spirit to the Special Olympics which brings a smile and elicits pride and admiration.

I’ve been fortunate to steal Carol away for lunch a couple of times.  First we chatted about how Carol started the Special Needs PTA not only for her school, but her entire school district.  They say that necessity is the mother of invention and Carol had a need to learn, share and connect with other moms of special needs kids in her school area and made it happen.  Then Carol started an afterschool program (much like Partners in PE a unified sports program we wrote about last week) matching high school kids with special education students so that they could attend the afterschool programs at the local Y that otherwise wouldn’t be available to them. I know, amazing right?

Then, we chatted at length about the New Jersey Special Olympics Games which were just this past weekend.  Just to remind you, Carol is not only mom to swimmer Christopher, but also the head coach for the largest Special Olympics competitive swim team in New Jersey.   With awe in her voice she told me about the other coaches she saw at the games this past weekend, those with unbelievable patience and skill.  She told me how she felt so ordinary compared to them.

I sighed.  Because I feel so ordinary next to Carol.

It me realize that the Special Olympics World Games is all about the “idea of human greatness” and that it is in this context that Carol and I both feel ordinary around it.  It’s the reason why when I tell folks I’m headed to the Special Olympic World Games, they are very happy for me and yet so envious.

They know that I will be seeing and experiencing the extraordinary.

This post has been sponsored by Procter & Gamble as part of their Thank You, Mom program. For every new “like,” fan or comment (showing support to the Special Olympic athletes) on the Thank You, Mom Facebook page, P&G will donate an additional $1 to support Special Olympics Team USA’s journey to the Athens games. They are donating up to an additional quarter of a million dollars. Now, if I could personally leave 10,000 comments everyday, I would, but I can’t so I’m asking you guys to do so because there is a fantastic organization ready and willing to write a check for your support. All opinions are my own and I think P&G is the bee’s knees for supporting the Special Olympics. You get a gold medal from me P&G.

I am so, so excited and grateful about how much press and energy you are giving to holding up the awesomeness that is Special O. My twin brother is developmentally delayed, so we were a Special O. family since we were about 15. My brother has FLOURISHED. When he was born, doctors told my parents not to count on him ever learning to tie his own shoes, and now he is a fantastic downhill skiier who kicks my ass on the slopes every single time! He got to travel to the World Winter Games in Boise a couple years ago… Read more »

Carol is a role model for all the Mom’s who fight the battle every day for their children and are their biggest cheer leader. See you guys on 6th Street soon.