Twitter Facebook Pin It Email Article
Prev Back-to-Preschool Shoes: The Yay to the Nay Next Boys Will Be (Feminist) Boys 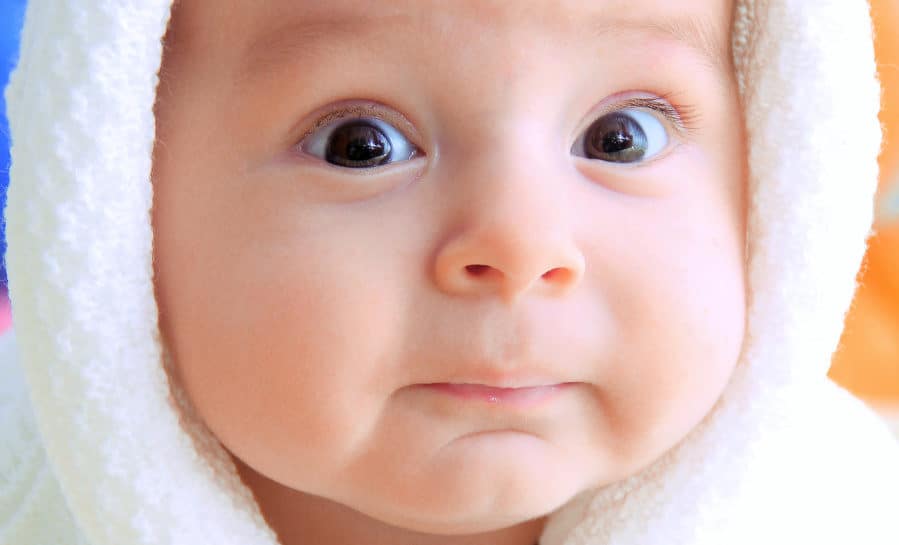 To Three or Not to Three, Revisited

I’ve read your column for several years and you’ve helped me with a couple of questions, too. Now I have what I realize is sort of a ridiculous question and one that no one else can really answer for me. I had written out a long, crazy-person email when I finally tracked down two previous columns you had written about this.

So I have to ask – have you come up with a perfect decision tree or decision matrix for if and/or when to have a third child?

Because my youngest (1 year. older child 3.5 years) just started sleeping through the night and I have gone from “there is no way anybody on this planet could convince me to have another child” to “What do you think the right spacing is between the 2nd and 3rd child is” or “would we totally ruin our youngest by having another baby?” and other similarly crazy thoughts.

We can’t take the “let’s just see what happens approach” – we sort of did that with my second child and we conceived my first cycle after having my IUD removed (like – I didn’t even get a period). My first didn’t take much more either. I’m worried that my desire for a third kid is being driven by all the wrong reasons:

-hormones from weaning (and potentially NEVER breastfeeding again in my life)
-nostalgia at seeing my little baby toddling around like a big boy
-Having some nagging feeling of dissatisfaction with not being totally present during the first few months of both my children’s lives (baby #1 we struggled with identifying a milk and soy allergy; baby #2 arrived at 36 weeks via c-section and spent time in the NICU nursery and came home on oxygen and remained on it for 6 months).

I even made a pro-con list (or more reasons to or not to) for having #3 and on paper the decision is obvious. There is no logical reason to have another child. I know for sure that right now is NOT the right time, but how do you know when it is right?  I’m so afraid of regretting our decision either way (most afraid of regretting having a third) – I had a rough pregnancy and had some pretty rough guilt at being relieved to not be pregnant any more with my 2nd even though he was born 3.5 weeks early and had some health issues. I had some PPA and PPD with both kids and I can’t imagine things being better the third time around.

As you’ve seen and agonized over, there will always be pros and cons to the decision, along with a huge number of unknowns and what-ifs. Your previous pregnancy/childbirth/babyhood experiences SEEM like solid reference points in the “I know what to expect another time around” column but you ALSO know that’s a load of crap, since having a second child is always a great reminder that every pregnancy and birth is a crapshoot and newborns basically exist to make us all feel like tired, flailing idiots who have no idea what we’re doing.

We decided to have a third child because we thought we’d like to have a girl, but were also equally on board with having another boy. We assumed it would take a while to happen since we struggled twice before; it turned out I was already pregnant by the time we made the “official” decision. By six weeks along, we’d already chosen the name for a boy and just like that, all thoughts of a girl were out of my mind. We were having a third boy, 2.5 years after our second boy, 5 years after our first, and that was that was that.

I still rejected the idea of having a tubal ligation at the time of my third c-section, because I simply didn’t want to deal with that level of finality while newly postpartum. I also didn’t want to experience his babyhood through a nagging lens of “THIS IS THE LAST TIME I SHALL EVER X/Y/Z OMG.” So we delayed making any permanent birth control decisions until we were super sure we were “done.” And believe me, after our third there was absolutely NO QUESTION, no pro/con list, no debate that we were, in fact, dunzo.

And with that feeling of completeness came a…I don’t know quite how to put this…but an extra sense of peace about our decision to have a third baby. I had all the same doubts and worries you list here — we’d somehow ruin our second baby’s life, or ours, or regret having another or feel generally unhappy or overwhelmed with living life on zone defense. But it wasn’t until I held my third in my arms and gazed at his beautiful face that my brain and my heart finally came together on the same page: I am complete. I have all my babies. I didn’t have that feeling after my first or my second. And it was a really good feeling.

But…yeah. It’s a pretty huge, life-changing decision to hang upon some nebulous “feeling” like that. I wish my insights on this topic weren’t all so squishy and personal and not exceedingly practical.

If you really, really aren’t sure if you want a third child — and it sounds like you aren’t — but aren’t quite ready to pull the tubal or vasectomy plug, go ahead and stick with shorter-term, easily reversible birth control (pill, condoms, etc.). I do think trying to sort all this out while in the middle of weaning and while still recovering from a traumatic birth and  PPA/PPD is too much, and those extra factors are not helping you separate what you really really want from the hamster-wheel brain of anxiety/guilt/FOMO/whatever. Don’t worry about the right or ideal “spacing.” (The spacing will be whatever the spacing ends up being, either from a surprise positive or a surprise stretch of negatives.)

You know for sure right now isn’t the right time, and that’s a perfectly valid and acceptable answer! Put away the lists and let that be your answer, for now. You might feel differently later. You might not. Either way, enjoy those two babies, and work on cutting yourself some gentle slack over their early weeks/months. None of that was your fault or anything worth feeling guilty over.

1. To Three Or Not To Three
2. On Life With Three
3. Outnumbered and Loving It