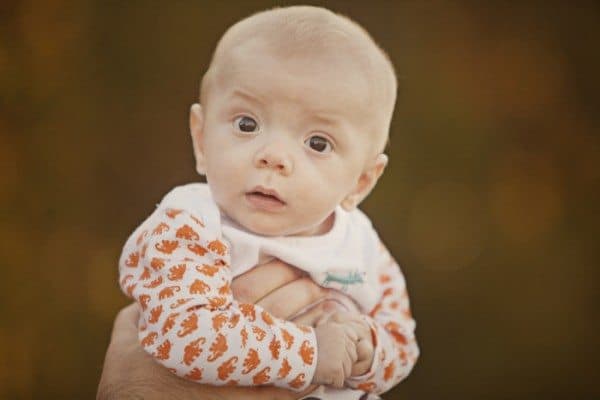 To Three Or Not To Three

This may be too personal a question, but how did you decide to go from two kids to three kids? My husband and I are lucky enough to have two great kids, a boy and a girl ages 4 years and 2 years, respectively. We both work full time and have long commutes. I never sleep and feel like I don’t get to spend enough time with the kids I have now. So why do I kind of secretly want another baby? My husband is in the “maybe” camp.  But how do people make the decision to try again? Yes, yes, I know people say “it will just feel right!” and “you’ll just know!” but I don’t know and I feel all conflicted!  I want something more concrete, like a nice decision tree I could fill out.  Or for you to tell me how you decided.  Please and thank you!!!

I’m sorry to let you down here, because I have no handy-dandy decision tree PDF to upload or checklist to link to. There was nothing concrete about our decision to have another baby. It was simply a small, nagging feeling that we just weren’t “done.” We didn’t have that feeling of “completeness” you hear people talk about. But we also didn’t really have that feeling of “you’ll just know when it’s right!” either.

Because we were completely happy with our family as-is, with just two kids. And there were plenty of logical reasons why our family should remain that size: Our oldest has special needs that can be both emotionally and financially draining, my career was growing more time-consuming and demanding (in a good way!), our house only has three bedrooms, two of which are quite tiny and not great for sharing long-term. We’re already drowning in toys and bikes and gear and can’t open the front door without smacking it into a stroller/scooter/small child. We live in a stupid-expensive area and can’t afford a bigger house without switching counties, most likely. I already feel like we’re basically spending our children’s future college tuitions on childcare and preschool and groceries and etc., so having ANOTHER baby would be…well, probably kind of crazy.

But. Still. The topic kept coming up enough. I asked Jason about that vasectomy we’d always planned on and we both agreed — even though we were jointly ambivalent about baby #3 — that it didn’t feel right, and wasn’t something either of us wanted quite yet. Finally, I said that the fact that we were repeatedly discussing the vague, squishy idea of “maybe” having another baby was probably a sign that if we DIDN’T at least TRY for one more, we would regret it later on.

(And here I admit I’m colored by my mother’s experience — she had a tubal the day I was born and has always deeply, deeply regretted not having another baby. That’s not a regret I wanted to live with, if at all possible.)

But the thought of actively “trying” for a third baby would bring up all the Perfectly Logical Reasons why it was a silly, crazy idea, so then we…didn’t. We didn’t actively prevent anything, but because I have a history of annovulation and crazy irregular cycles, it felt (at least in my mind) like we still weren’t “really trying” and a third baby was unlikely to just “happen” without my usual routine of charting and monitoring for months on end. We were in a no man’s land of indecision, where every month my period was greeted with a weird mixture of “OH DARN” and “WHEW THAT’S KIND OF A RELIEF.”

You see where this is going, right? By the time Jason finally up and said the words, “Yes. I want another baby. Let’s have another baby.” to me…I was already two weeks pregnant with Ike. We didn’t know it, of course, but I was. When I missed my period I just laughed it off — it was SO LIKE my ovaries to decide to go AWOL the second we decided to try, you know? Plus my father had just been diagnosed with the leukemia that would eventually take him from us, so: I’m stressed. That’s why I’m run down and not sleeping and feeling kind of…off. When I started throwing up I blamed it on another bug brought home from preschool. When I finally took a test I stared at the two lines and started laughing hysterically. When I presented that same test to Jason to tell him the news, it took me 20 minutes to convince him that I wasn’t kidding.

So…that’s how we got here. Three kids. Two more than we ever thought we’d have, honestly. One more than I guess you can say we officially, on-the-record 100% decided to definitely have before conceiving him. But not really, because we really did want a third baby but were just skittish about…you know, going ahead and having that third baby, because of all the Why Nots and What Ifs and What Are You Thinkings?

I won’t lie — a lot of those doubts and conflicted feelings hung around during my pregnancy. I would be over-the-moon thrilled one minute and then paralyzed with WHAT HAVE WE DONE?-type thoughts the next. I’d be neck-deep in the bedtime theatrics with the older two, while the last shreds of my patience oozed out of my skull, and be seized with UTTER TERROR at the thought of adding another small, defiant, thrashing body into this mix. And then I’d feel so GUILTY about thinking those things about my poor little fetus and lather, rinse, repeat.

And then Ike was born. And in those first few glorious moments when I listened to his cries for the first time, I burst into tears myself and started babbling a stream of gibberish about how oh my God, it’s HIM. It’s HIM. He’s IT. He’s EXACTLY IT.

He was all of five seconds old — I hadn’t even held him or seen his face yet — but I already couldn’t imagine my life, my family, without him.