Twitter Facebook Pin It Email Article
Prev To Sleep, Perchance To Teen Next Is Tween the New Toddler? 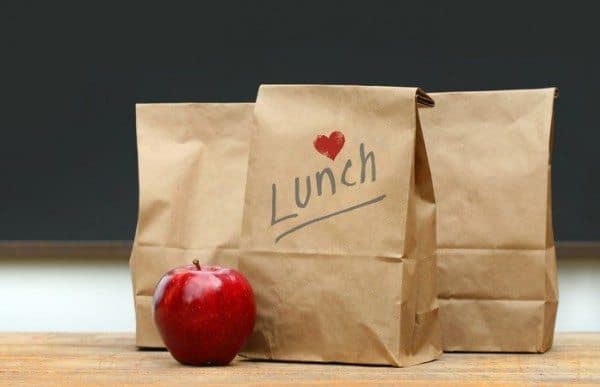 Independence For Lunch, One Way Or Another

Perhaps my most regrettable failing as a parent (oh, believe you me, there are so very many from which to choose) is my temper. I am not a mellow person. I go from zero to pissed-off in under a second. And it took me years to squelch my knee-jerk hollering when one of my kids was being a complete butthead, because, c’mon, stop being such a butthead! Through more hard work than I should admit, I’ve managed to bring down the volume, but I am still prone to the snap consequence in a moment of pique.

This brings me to my own personal, ongoing internal game of “Would you rather…?” where I’m forever trying to determine whether it’s best to follow through on what I said in the first place or admit that perhaps I was hasty and renege. (Why, yes, it is just super-great being me, why do you ask?)

This is preface to explaining that after a particularly difficult week, my particularly… erm… challenged-in-the-gratitude-department teenager was, I felt, being even more challenging than usual, and I… snapped. The good news is that I didn’t yell. (Yay me!) The bad news is that in my knee-jerk response to undesirable behavior I heard the following pop out of my mouth: “And you need to plan to get up early enough tomorrow to pack your own lunch. This is a service I provide for you out of the kindness of my heart and you’re clearly old enough to handle it yourself and have no appreciation for when I do it, so you’re on your own.”

Because on the one hand: I finally had packing lunches down to a manageable science, plus I am still keeping tabs on my daughter managing adequate nutrition, and it was a very sudden pronouncement. On the other hand: This child is nearly 17, and what I said is true—she can handle it, so why should I continue doing a thankless job she can do herself?

I did the internal debate over going back on what I’d said. I decided the edict would stand, even knowing that might mean biting my tongue through some choices I didn’t love witnessing.

It’s only been two days, but I’d say be hard-pressed to tell you which one of us is struggling with this more.

On the first day, someone (not naming any names here…) was clearly spoiling for a power struggle. I could practically picture the “How inept and oppositional do I need to be before she rescues me…?” thought bubble over her head. I tried to think calming thoughts while I packed lunches for my husband and son. I made sandwiches; I selected fruit; I put treats in tiny containers and cut up veggies while picturing myself relaxing on a sandy beach with a good book. I kept my face neutral as my daughter raced around, running late as she so often does, and paused to stare inside the pantry as if it might suddenly grow sandwiches. I didn’t say anything… until—a minute before the bus was to arrive—she reached into the pantry and grabbed a single protein bar.

“That’s not lunch,” I said, trying to keep my voice light.

“I’m not paying for school lunch,” I said, still working to stay very neutral. “If you buy, you pay. There’s plenty of food here. And you don’t even like school lunch.”

She shrugged. “They have pizza. I’ll figure it out,” she said. And she left.

I managed to bite back the question for several hours after she arrived home that day, but finally it escaped: “So, hey, what’d you have for lunch today?”

“I bummed off of A.,” she replied. “She didn’t want the second half of her sandwich so she gave it to me.”

So, lunch, Day 1: Half a sandwich and a protein bar. Fabulous.

I may have suggested she pack the next day’s lunch the night before. You know, just to save time because mornings tend to be hectic. “Nah, why would I do that?” Breezy. Maddening. I let it drop.

The next morning she was in front of the pantry again (seeking the magical sandwich dispenser, one assumes), only this time she was still in her pajamas.

“Please finish getting ready and then deal with your lunch,” I said.

“But if I get ready first I won’t have time to make lunch,” she protested.

“But if you make lunch but miss the bus, that’s not any better.” (Note to self: Don’t try to use logic on a kid with ADHD before the meds kick in.) She considered this, then wandered back upstairs to get ready… but not before watching me pack her brother’s lunch and asking me to just “toss a banana in my bag, too, while you’re right there?” (I obliged.) Two minutes before the bus came, I heard rustling in the pantry.

“What’re you packing?” I called, from my office. I heard giggling and the zip of her lunch bag. I couldn’t help it; I went into the kitchen and as soon as I appeared, she burst into full-pealed laughter. “Please show me what’s in your bag.” She rolled her eyes and unzipped to reveal her banana had been joined by… the remaining half a loaf of bread, the jar of sunbutter, our honey-filled bear bottle, and a butter knife.

So many words fought among themselves to pop out of my mouth. SO VERY MANY WORDS. I looked at her. She looked at me. In my head, I reminded myself that experience is the best teacher and problem solving is a skill cultivated by doing. I sighed. “Please don’t lose that knife,” I said, finally. She grinned, triumphant.

I know it’s wrong, but I kind of can’t wait to see what she packs tomorrow.