Twitter Facebook Pin It Email Article
Prev Helping Kids Have Their Voices Heard By Our Representatives Next Should You Read 1984 with Your Kids? (and, what to discuss) 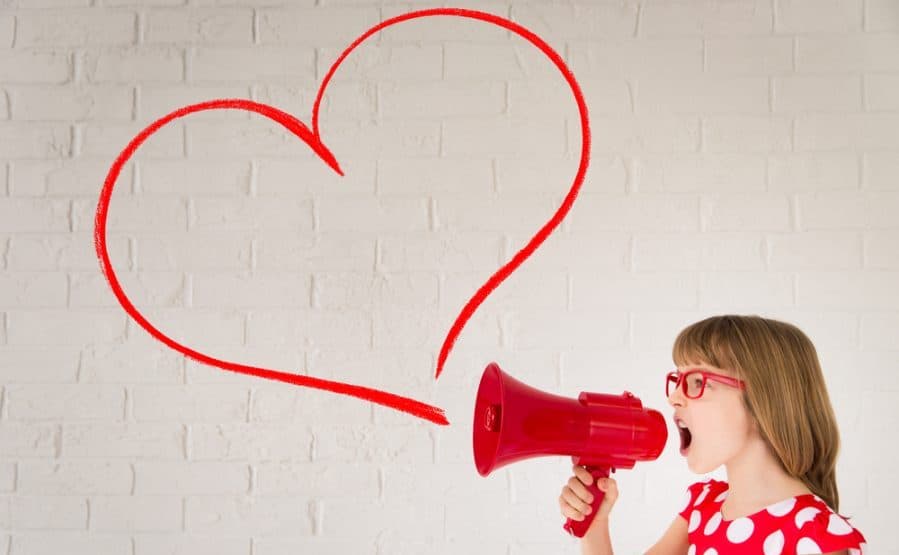 How to Help Kids Speak Out Against Injustices

This question came in to Alpha Mom and I’m going to try to tackle it, because I think the OP is correct that this is something a lot of folks are facing right now:

Any chance of an article with advice on how kids can “stand up” at school? Clean, clear phrases kids can use to call out racist acts of our government at school? Heretofore, they couldn’t speak out without prefacing it as opinion and acknowledging that other families are entitled to their “opinions.” What I mean is, rather than my daughter calling someone a giant racist fascist meanie, what are words that call out racist thoughts and action rather than attack the person/child? (Though in truth I have no issue with calling someone a racist if the shoe fits.) I think we’ve discussed this well enough at our house, but I bet there are others thinking of this right now.

Hooboy. Yes, I think many of us are looking around and feeling like there’s a big uptick in -isms right about now—racism first and foremost—and, even worse, in the number/volume of people willing to share those opinions in no uncertain terms. If you’re trying to raise your kids with the philosophy that all humans are inherently equal and no one should be judged based upon physical attributes and/or other inborn characteristics, it’s disheartening, to say the least.

I’m not sure what age group the OP is dealing with, but I have a few ideas depending on the age group.

For the smallest children…

I’d recommend something like “love is stronger than hate” or “everyone deserves love” or “we’re all the same on the inside.”

Can add something like, “In America we are innocent until proven guilty and when a guy with blond hair robs a store we punish that robber, we don’t then say no blonds are allowed to shop there ever again.” That’s just an example off the top of my head; you can obviously talk with your kids about how they’d like to make the point that you don’t judge the many by the few. Delve into history together to find all of the weird and horrifying ways in which different groups of people have, in the past, been viewed as not actually human or somehow otherwise unworthy due to their skin color or beliefs. Or, heck, take a look at women’s rights throughout the ages. The world has a rich track record in “othering” those seen as different—and as the human race has evolved, most of us have grown to accept that those differences are not an acceptable basis upon which to judge entire groups or an individual’s character.

Even children in these younger age groups can also be taught enough about the U.S. Constitution and our government to point out that disagreeing with those in power is not just a right we have, but a responsibility when it looks like said power is being misused. As the saying goes… power corrupts, and absolute power corrupts absolutely. I would have no problem talking with a kid about how, for example, perhaps the goal of the person in power here is to protect our country, but instead of making decisions based upon facts there may be some decisions made based purely on fear and having a lot of power. Those sorts of decisions are harmful and we have a duty as citizens to point them out.

Can obviously delve deeper into these issues if they so desire, but in terms of soundbites, I’d say there’s a bunch of different approaches available. “Democracies depend upon a spirit of cooperation and justice” is a good place to start if you feel the need to point out that fear and loathing are not where functioning republics tend to start. “A country is only as strong as its weakest citizen” is a bit more abstract, here, but any time we allow a group to be “othered” or disenfranchised is, I’d argue, weakening our country as a whole. When it comes to specific charges lobbied at “those people” (I’m cringing, typing that), actual facts and figures are great as rebuttal. For example, when “all Muslims back ISIS” or similar is lobbed around, it’s helpful to know that “Western European intelligence agencies estimated that less than one percent of the Muslim population living within their borders are at risk for becoming radicals,” and that’s just at risk, not actual radicalized numbers. It’s helpful to remember that ISIS doesn’t represent Islam any more than the KKK represents Christianity, either in philosophy or membership. If you’re dealing with someone insisting that “Mexican illegals” are all dealing drugs and stealing American jobs and committing crimes, well, feel free to remind them that research shows immigrants have a significantly lower crime rate than their native-born counterparts. Maybe remind them, too, that there’s no way to know from looking at or listening to someone if they’re here legally. And finally, unless you’re Native American, guess what—you could be an immigrant, too. American was founded by immigrants. (Edited: As a very smart commenter  below pointed out, many Americans are descendants of slaves who are not immigrants).

Kids of any age…

Can point out that bullying is unacceptable, whether it be on the playground or on the Senate floor. “In our family, we believe people are good until they prove otherwise, and it’s never acceptable to gang up on someone just because they’re different.”

What I’ve been saying to my own kids, lately

Because you asked specifically about the government, I’ll tell you what I’ve been saying to my own kids (teenagers now as you know), lately: Happy people are kind and generous. Unhappy people are fearful and vindictive. Rather than calling people “racist fascist meanies,” we talk about how unhappy and afraid those people must be, to so badly need to scapegoat others in order to feel safe and satisfied. That applies both to our elected officials and those who think recent events aren’t alarming. Happy people open their arms; unhappy people slam their doors. We have to make a conscious choice, every day, to open our arms instead of slamming the door—even when we’ve been hurt or betrayed. The nice part about this mindset is that it allows us some (small) compassion for those doing the damage, too. They’re scared. They’re hurting. It doesn’t excuse them or justify them trying to make others feel the same way, but at least (for me) it makes it easier to see them as flawed and suffering rather than simply evil. It can be the difference between saying, “You are wrong and stupid and mean” and saying, “It sounds like you’re scared. Being mad at people you don’t even know isn’t going to help.”

In short, teach your kids to call out what’s not okay. Absolutely! Speaking out this way is both patriotic and human. But also remember that hatred is best fought back with love and compassion (even if that has to come through gritted teeth, right now).