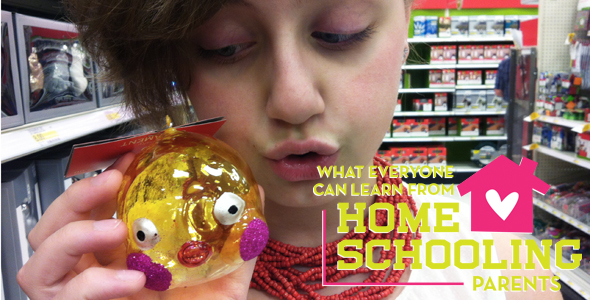 Individualized Learning is a Respecter of Persons, Not Timing

Every year my kids receive a Christmas tree ornament from their Izzy (my momma). She goes to great lengths to find the “perfect” ornament that best represents each kids’ interest from the preceding year. Amazingly enough, there are never a shortage of interests to select from within each given year. This past year’s ornaments were a square, Chinese carry-out box for Emelie, a Pufferfish for Meredith, and an Xbox controller for Kenny.

The kids cherish their ornaments because they fully understand that their Izzy takes time to “know” them, and as a result, is up-to-date regarding their areas of interest. Watching their faces light up and listening to them reminisce as they unwrap the ornaments each year is a precious time of trimming the tree. Not only are the ornaments a physical reminder of much of what they’ve pursued and adored throughout the years, but they are a personal validation of who they are as individuals.

These yearly gifts are treasured for much the same reason that individualized learning experiences are successful; both are uniquely personal.

As a homeschooling family flexibility is one of our greatest assets. We are not tied to daily, weekly, monthly, or even annual schedules. I’ve seen first-hand that learning has a natural ebb and flow for individuals, and it is not typically a respecter of schedules.

At age 41, I am evidence of this as I am understanding Algebra for the first time in my life. I took it in high school, and, unfortunately, again in college. Even with tutors, it never stuck–never made sense. It wasn’t until I needed to help it make sense to my own children that my head was finally able to grasp the concepts and apply them successfully. I am learning Algebra because I WANT to learn it.

I think back to when Meredith was wrapping up what would be her “3rd grade” year if she were in public school. I was frustrated that she would not (could not?) memorize her multiplication tables. I knew that, if we were to stay “on schedule,” she needed to know her multiplication tables before I could move her into long division. She had no interest in either. At that time, her sole interest was in reading and then, integrating the stories into elaborate “pull-out-all-the-stops” set-ups on the living room floor with Kenny.

I constructed silly memory games to play on the trampoline (this had worked before). Fail.

I threatened to take away her hot chocolate and not let her wear pink for a year. Fail.

Exasperated, I backed off.

When the kids and I began the next school year, Kenny decided he wanted to learn his multiplication facts alongside Meredith. Well, not EXACTLY–rather, he wanted to annoy Meredith. While I drilled her, Kenny walked behind her in the schoolroom mumbling his memorized answers under his breath…just loud enough for her to hear–and fume about.

One morning, after giving him a death stare, she grabbed the cards off the table, went into her room, and came out one hour later with every.single.card.memorized.

She was self-motivated.
What was the motivation? To not be shown up by her brother.

Granted, this isn’t necessarily what I was going for, but it was an “Ah ha!” moment for me. Meredith learned her multiplication facts because she WANTED to learn them–she had found her motivation; she did NOT want her obnoxious little brother knowing more about Math than her.

Self-motivation and individualized learning have many shapes and forms, and on that day Meredith finally learned her multiplication facts while revealing her deeply competitive spirit.

Some may call this level of behavior disobedience, stubbornness, or any manner of other things. I agree, to an extent. Still, Meredith wouldn’t learn, and then she did–on her terms. I couldn’t find the motivation for her; it had to be her own. Her brainpower was toggled at the very moment she decided she wanted to memorize her math facts.

I read reports about kids “falling behind” in elementary school, and I shudder. I am concerned for parents who buy into the belief that learning is an annual construct–broken down by age and grade. It isn’t. It never has been and never will be.

At age 6, Kenny memorized multiplication facts (to drive his sister crazy, as I mentioned before), but fast forward to age 9 and surprisingly, he struggled with long division; in addition, his handwriting was atrocious, and his sentences were simple and loaded with grammatical errors.

We took a break from “grammar” in a traditional sense and instead he spent nearly a year copying paragraphs about some of his favorite presidents. He didn’t mind practicing his handwriting in this way because he was interested in the topic and copying the information gave him the time he wanted to ruminate over the details. I was content that he was spending time consuming information about our early presidents because he filled our ears with new information as he learned; it was a joint learning experience.

One year later, Kenny was writing complicated, grammatically correct sentences with near perfect spelling. He learned grammar organically, based upon his area of interest at the time — the early presidents. If he had no interest in the Presidents, I would have sought out other quality books for him to copy. He began asking me to check his punctuation, verb tenses, etc… in his personal writing, and he was proud that he could communicate his thoughts effectively through the written word.

Learning is a slow, steady, and oh, so personal process. It marks points in our kids’ maturity and lives without any interest in uniformity or really, convenience. Honestly, that’s what makes homeschooling so appealing for many families–it gives parents a chance to free their children to gain a basic foundation of knowledge in a way that respects who they are as individuals. 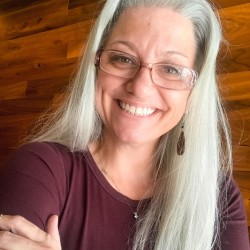 About the Author: Since 2001, Heather Sanders has worked from home in the following industries: web design and development, branding and consulting, web graphics and social media p...

About the Author: Since 2001, Heather Sanders has worked from home in the following industries: web design and development, branding and consulting, web graphics and social media promotion, and copyediting and freelance blogging. Wanna start a blog? Looking for someone to copyedit or proof your posts? Need some social media graphics? Contact Heather today!