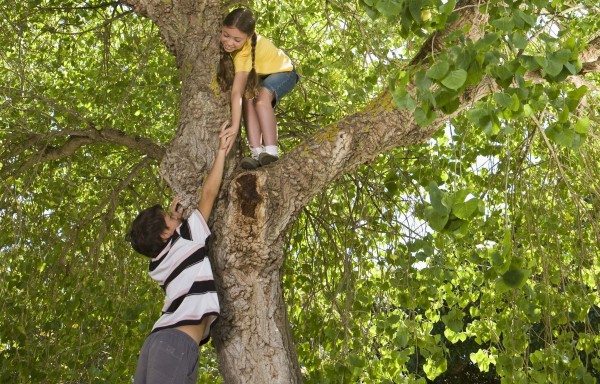 I was out with one of my teenage sons the other day. We were shopping. It’s strange, but I have found my teenagers interest in shopping is directly proportional to my lack of interest. Probably because they want to spend all my money on sneakers, t-shirts, and other they don’t really need. And I, being the mean parent that I am, want to spend money on things like food and electricity. Go figure.

We were heading into the store, my son directly in front of me. There were two women also trying to make their way out of the door. My son got to the door first, pulled it open. and barged right through, not even bothering to hold it behind him for me. I looked through the door as it closed at the two women who were looking back at me. I am not sure who was more shocked.

Wait, scratch that I was definitely more shocked, not to mention mortified.

Before the door closed completely I stuck my hand out and stopped it.

He turned and looked over his shoulder.

Get back here, please.

He comes walking back.

You let the door close on us.

My son looks confused by my use of “us” and so I gesture over to the other women who are still standing there, probably out of curiosity at this point.

Uh, I thought you had it.

I hear people talk all the time about kids now-a-days, though I am sure my parents’ generation said the same thing about us, and how they are rude, unhelpful, and reeking of self-entitlement. I always want to say, they are your kids too, who do you have to blame but yourself?

I have seen my boys voluntarily help older people, whether it is doing yardwork or carrying things. I have seen them help mothers struggling with toddlers and groceries. I have seen them get things off of high shelves in the grocery store for strangers. For some reason they never thought they had to “help” anyone who seemed perfectly capable of doing something themselves.

Is this what feminism has wrought? The death of manners? Really that is what being chivalrous is about in modern times–manners.

Teenagers now are at least one, more likely two, generations out from the Women’s Liberation movement. Things that were revolutionary and fought hard for in my mother’s young adulthood are taken for granted now. Girls can do anything boys can do, therefore why should I do anything extra for girls? After talking to my teenagers, I think this is the message they have heard.

I have had male friends say that women have gotten annoyed at them for offering them seats, or offering to carry packages, or holding open doors, and I ask who are these women? Crazy women? But met with this reaction, is it no wonder that they no longer to continue to offer?

Have you all seen the video from a baseball game where the man ducks out of the way of the ball and it hits his girlfriend? It was from a couple years ago. When I saw it my first thought was his mother will be so disappointed in him. My second thought was, wow, chivalry is dead.

I made my son come back and hold the door open. I showed him exactly what I meant by holding the door open, which is to say not holding it open for a second longer than it takes for you pass ignoring whether or not it slams in the face of the person behind you. It means you open the door, step out of the way and say, “Please, after you.”

After he practiced this a few more times, we went on our way shopping; he was practicing his death glare, which fortunately needs much more practice to be effective, and I was thinking about manners, the ones I hope my children use when I am not around.

Most of them, I realize, are not even gender specific:

1: When you go to pick up your date, go to the door and ring the doorbell. You do not honk the horn. And dear Lord you do NOT text from your car that you are outside waiting. Just, no.

3: Since moving south my children have become indoctrinated into the world of Sir and Ma’am. I have to say I love this. After the glorious weather, this is my favorite thing about the south.

4: When you are introduced to someone you shake their hand. You do this firmly, but not too tight. It is not a test of strength. You look the person in the eye while doing so. And you say, “It’s nice to meet you.”

5: You hold the door open for people and let them pass in front of you.

6: Help people when doing so would make their life easier, regardless of whether they are capable of doing it alone. Yes, our elderly neighbor can bring his own garbage to the curb. But it is much easier for a young, spry person to do it.

7: If you are on a train, or subway, or in a waiting room, or somewhere similar where there are not enough seats for everyone, give up your seat.

8: Say please and thank-you. Especially when you don’t have to.

9: Girls and women, if some man offers you his seat and you don’t want it, decline politely. If he holds the door for you, say thank you. And if you need help, accept it. If you chose to decline any of the things don’t act insulted as if the man offered them to you because he thinks you are weaker, or incapable, he probably has a mother who drilled these things into him and they have just become part of his second nature.

Remember, no one has ever called someone too courteous, or too polite. But I can think of plenty of instances where people have been called the opposite, using not so nice words.

10: I feel like a list of nine bullet points is incomplete. So I’ll just say treat everyone the way you’d treat your beloved grandmother.

This brings me all the way back to my first point. If your children do not act courteous and respectfully, we have no one to blame but ourselves. I don’t think my son will ever forget to hold the door open again.