Twitter Facebook Pin It Email Article
Prev How to Immunize Your Kids From the Insanity of Election Year Next Should a Babysitter Just Babysit or Do More? 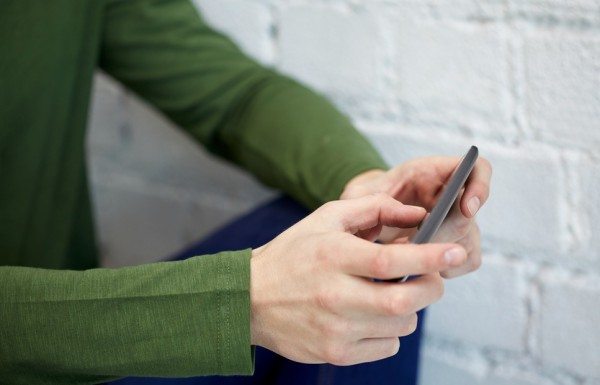 Help! How Do I Handle These Disturbing Teenage Texts?

My almost-16-year-old son has had a smartphone for only about 6 months (yes, we’re mean). He is a late bloomer and struggles socially. One of the rules we established was that at least at first, mom and dad had the right to spot check his phone for texts, inappropriate apps, etc. So far I haven’t found much of concern. Because said son’s acquaintances and friends know we have this rule, they have left him off of most of their group texts (which is interesting in itself). Last night, however, someone accidentally added him to a group text. My son was off doing something else but I checked his phone because I noticed all of the incessant “new message” pinging. What I saw was: vulgar sex jokes; gossiping about a classmate’s alleged sexual exploits; mocking a member (supposed friend) of the group text with what, in a workplace situation, I would call sexual harassment (bestiality jokes, using words like “retard” and “autistic” as epithets); and while no overt pornography, some just… gross… pornographic “cartoons.” The tenor of the conversation among the other boys made it clear that this was an ongoing thread that they frequently participated in. My son had seen some of the texts but hadn’t really responded to anything.

I told my son that he needed to remove himself from the group text immediately and if he didn’t, I would personally send texts to these boys and ask them to stop texting my son. My question is two-fold:
​1) He thinks I’m overreacting about asking him to leave the group text. What say you?
2) I don’t know any of these boys terribly well, but I am close to one of their moms. Should I say something to her? I know she would be mortified if she knew what her son was talking about and being exposed to, and I know that I would want someone to tell me if I were in that position. On the other hand, if I do, there will be HELL TO PAY with and for my son socially.

Oof. I think I’m about to take an unpopular position, here, and it may surprise you because I’m a pretty protective parent. But: I do think there’s a good chance you’re overreacting.

I have a 16-year-old late bloomer, myself, so hear me out. I don’t know if times are different now or if I’m just not remembering my teenage years clearly, but the level of profanity and offhand cruelty and obnoxiousness I see among the general teenage population now when they are just passing time amongst themselves is mind-boggling, to me. It’s pervasive and—like you—I don’t like it, but… that’s how it is. Even “good” kids say things to each other that make me want to wash their mouths out with soap. They’re pushing boundaries and their brains aren’t yet fully formed and most teens, away from teachers, parents, and other adults, are talking to each other in a way that’ll make your hair stand on end. Do I want my kids talking like that? Of course not. Do I want them hanging out with kids who do? Again no, but at the same time, our kids are reaching an age where we can’t police everything, nor should we try if we want to continue to have influence over them in the ways which really matter.

I can tell you that my 16-year-old is very bothered when other kids talk this way, and he doesn’t participate when things get super-crass. (On the other hand, I don’t kid myself; both my kids are capable of swearing like sailors, but we’ve had lots of discussions about there being a time and a place for these sorts of things.) But I can also tell you that even he, as a non-neurotypical, socially awkward young adult, knows that this is what happens and sometimes the best move is to just tune it out.

My position on stuff like this is about 1) understanding and 2) self-management. The answer to your first question is that I personally feel you should not be demanding that he leave the conversation given that his conduct is not at fault here—this is something he’s going to have to learn to navigate on his own. What you can demand (or, you know, politely request/discuss), is what sort of expectations you have in your family for his own language and behavior, and what is “good fun” and what is truly demeaning, when “idle chatter” crosses the line into bullying and/or harassment, and what his options are in a situation like this. Have you asked him how he feels about what the other boys are saying? My guess is that he doesn’t like it much, but knows it’s standard and also that leaving the conversation may make him a target. Does he feel that the target of the epithets/harassment feels harassed, or is that other kid taking it in stride (I’m assuming all of the kids are friends)? If there is truly bullying happening—and you’ll need to have a conversation with him to determine if there is—then absolutely talk about how it is both a moral obligation and also a good defensive move (e.g., think about what would happen if this convo fell into the hands of school officials if a bullying complaint was made, and his name appeared in there) to speak up, and be prepared to leave if it doesn’t stop.

Let me clarify here, too, that in my experience, there is a lot of peacock-strutting that happens in private conversations among high schoolers that never goes anywhere else. If I saw this on my middle-schooler’s phone I would likely be more cautious, but given what you’ve outlined here, I am assuming this is private posturing and nothing more.

Have you ever discussed how to call out a comment from a peer in a way that doesn’t make him sound like Debbie Downer? You or I might say, “Hey, that’s really insulting to those who have delayed development or are on the autism spectrum,” but that’s not going to fly in a group of teens, obviously. Maybe he says, “Dude. Not cool.” Or maybe he says nothing, but you’re making sure he understands why that’s offensive. Some kids are making truly poor decisions and likely your son will make the choice not to associate with them, but a lot of kids are all hot air—hot air that makes you cringe, but still, they could be decent kids underneath all that. As I mentioned above, as a parent I think it’s important to be realistic—like, understand that most kids are going to use some foul language, sometimes what sounds like bullying from the outside is banter (I know, I know; it’s horrible), and often a teen brave enough to make a sexual slur in private would never dream of saying the same thing out loud or letting the target of his remark know such a thing was said. Make sure you discuss what/when it’s acceptable (swearing with your friends, if you must, but name-calling is never okay) and when it’s not (in class), and also, sometimes kids are going to hear awful, offensive things on occasion, and it’s not always going to be the right time to stand up for righteousness. You are well within your rights to have expectations of his behavior, but telling him who he can and can’t be around, absent true danger, is a slippery slope that will lead to him hiding things from you.

Finally, DO have a discussion with your son (if you haven’t already) about what constitutes pornography and the very grave importance of making sure he never has anything like that on his phone, even if sent by someone else. This is a legal issue he needs to be aware of, if he isn’t already. Crass cartoons aren’t a big deal, but true pornography? Make sure he understands that’s a deal-breaker, where he deletes those images and leaves the conversation immediately.

The answer to your second question is trickier. I have learned the hard way over the years that often other parents have no interest in hearing what Junior is up to, and a substantial portion of those parents also believe that Junior would never and… well, it goes downhill from there. That said, I would want to alert a friend if I felt she didn’t know what was up. In this particular case, I would probably do it this way: “Hey, I feel like I should tell you that I checked [my son]’s phone and saw some pretty colorful texts flying around. I don’t know if you ever check [your son]’s phone but… you might want to. But if you do, please don’t mention it had anything to do with me or [my son], I’m sure you understand.” If that’s not something you can see yourself saying to your friend, you may not be as close as you think. But prompting her to take her own look may get you (and your son) off the hook.

Good luck, D. These are tricky waters, and at the end of the day, I think this is actually a great opportunity for some frank discussion about a wide variety of important topics.

Update from Editor (Isabel):  This may be the trickiest of all the posts that Mir and I have worked on together, and there was much back and forth between us before publication. With her blessing, I feel compelled to share that as a mom, to an almost teen-boy, I would personally take a more conservative approach because the “gossip about the alleged sexual exploits” is concerning to me. By staying in the group text and being a passive bystander, her son could be guilty by association. Also, Mir and I would like you to read all the very smart comments from others below.  The bottom line is that this is all opinion and a sticky situation for sure and an important discussion to have; thank you all.