Twitter Facebook Pin It Email Article
Prev How to Prep for College Without Losing Your Mind Next Help! How Do I Handle These Disturbing Teenage Texts? 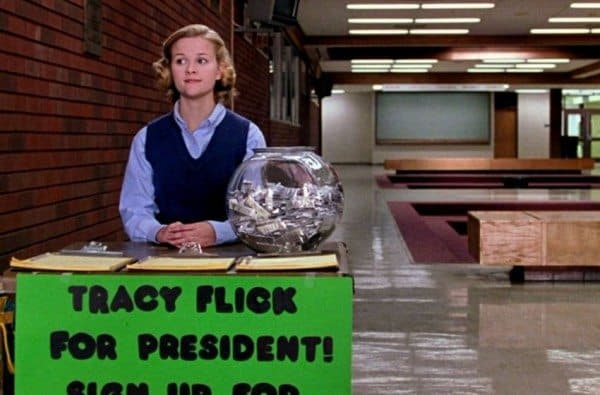 How to Immunize Your Kids From the Insanity of Election Year

One of the biggest responsibilities of parenting is teaching your children the proper way to behave and get along with others. From the time babies can sit up on their own, we’re already chirping, “Say thank you, Lola!” “Tell the nice man ‘please,’ Evan!” It doesn’t matter that they’re basically blobs of drool and poop that can’t yet speak, much less exhibit social graces, almost every mom and dad still has a natural instinct to instill the values of kindness, respect and manners into their kids.

Unfortunately, the parents of most politicians didn’t do a very good job of it. Or at least that’s how it seems lately.

As of this writing, it’s election season of 2016, and the men and women running for President have not only taken their gloves off, they’ve taken their dignity, decorum and common sense off, too. It’s been a wild few months to say the least, with the vitriol and nastiness reaching levels that I’ve never before seen. But not only has this mudslinging unsettled me as an American, as a voter, as a nice person, I’m also worried that their pernicious words and actions are undermining everything my husband and I have taught our kids about decent behavior.

Our boys are 12 and 14, old enough to watch the morning shows, read the headlines, and sorta kinda understand what they hear on our 24 hour news cycle. Most of it they ignore, but I strongly suspect that the political rants they’re exposed to must stick in their heads at least a little because they’re so shockingly opposite the basic Kindergarten lessons they’ve been taught their entire lives. Lessons like: Share, Play Fair, Listen, Be Kind, Be Honest. Kids don’t pay any attention to the boring nice guy on the playground, they pay attention to the mean guy throwing rocks at everyone.

Our country’s Presidential candidates have recently accused each other of lying, slandered our current President, called each other rude names, mocked the handicapped, and have openly spewed hatred toward an entire group of the population based on skin color and religious views. (And received great support for that hatred, too.) Local candidates haven’t been much better with their morality, and I still remember the awed look on my son’s face when he overheard the news reporting that a Virginia politician was reelected after serving time in prison for fraud. How are we, as parents, supposed to keep our kids believing they should do the right thing when they see how rewarded the bad things are?

I stay diligent and tell my boys that the politicians they hear about are rude, that they’re acting uncivil, that they don’t represent the good people in the world, but my words are just words. The boys see the positive results of bad behavior: thousands of people cheering for these politicians at rallies, so-and-so surging ahead in popularity despite his/her latest inflammatory words, and nobody ever once being taken to task very seriously. The bullies are not only thriving, but prevailing.

Last month, my 14-year-old son came home from school one day and told me he ran for Secretary of the National Junior Honor Society at his middle school that morning. Four girls had signed up weeks beforehand, prepared speeches, and put in the work to win votes. In contrast, my son made a last minute decision to get up on stage mid-election and yell into the microphone, “I’m good at taking notes. And—I’m a baller. Vote for me, peeps! Whoo!”

He won in a landslide.

Of course this victory of his immediately caused all kinds of angst in me. Why did he take a shortcut? Why didn’t he put in the work? Did he learn this lesson from the presidential candidates? All style, no substance? Could I have stopped it? Did I do something wrong? Was he going to grow up and become the type of man who abolishes the EPA and runs over puppies in his $100,000 car? Was he destined for Fox News?

But later that night when I was turning off his light, he said something in his sleepy, young voice to me. Something that completely reassured my worrying, perhaps overly earnest mind. And while I know what he said seems a little pat, a little “After School Special,” believe me when I say it’s 100% true. We don’t get these moments often.

“Mom,” he said, “I know I didn’t win the election in the right way. And I know those girls were upset that they lost and I feel bad about that, and I’ll tell them tomorrow. But I’m going to work as hard as I can to do a good job, okay?”

“Okay,” I answered, then I shut his door, went to my computer and cancelled my plans to relocate us to Canada.

As hard as it may be to teach our children well, as daunting as it may seem with all of the noise and the nastiness out there, I have to believe that no matter what our kids see and hear on the news, no matter what bad examples are set by our leaders, a parent’s lessons on kindness and decency will always win out in the end. They must.

Photo: from the movie Election sourced from Netflixlife