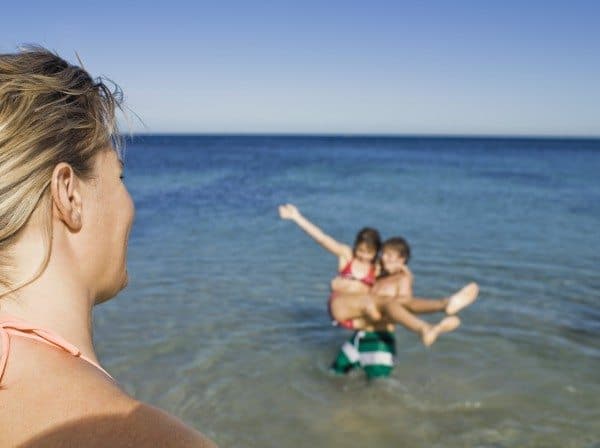 Five Mistakes Every Kid Should be Allowed to Make

As parents our first inclination is to rush in and save our children when something goes wrong in their lives, or to shield them and prevent whatever the “bad” thing is from happening in the first place. Sadly, we all learn better through making our own mistakes.  Sometimes watching the inevitable really does hurt us as parents more than it hurts them.

My frienemy was named Elizabeth. Fact about Elizabeth, today, August 25th, is her birthday. If you are reading Happy Birthday, Elizabeth. Also, you were a bitch! Glad I got that off my chest thirty years later.

Elizabeth would do things like invite me over to her house and then cancel at the last minute because she decided to have a different friend over. She would steal things from my house and when I would confront her about it she would make up some ridiculous lie. She would be my best friend one day and then the next completely exclude me. My mother constantly told me that I shouldn’t be her friend and pointed out all of her faults. But for some reason it just made me want to be friends with her even more. I mean, how dare my mother presume to know what is best for me. Sure, I was at an age where my mother still provided clothing, food, shelter, but my preteen self just wanted her to leave me alone.  She just didn’t understand me.

The thing was that when Elizabeth was your friend, she was so much fun. She had the exciting ideas– that usually ended up with me getting into trouble. She would say the things to people that you always wished you could say, but your common sense and manners prevented you from doing. I can’t pinpoint the exact day my friendship with her ended, but I do know I eventually realized she wasn’t a friend at all. However, that day would have come a lot sooner had my mother not been waiting there in the wings to say, “I told you so.”

The lesson I learned from my relationship with Elizabeth is one that I pass on to my children. If someone is talking about other friends behind their backs and saying not so nice things about them, you can be rest assured that when you aren’t around, the same thing is happening.

Of course, they have all had to learn this themselves.

2) Not doing their homework assignments

I will admit that this one is difficult for me. I used to nag and nag and nag my kids to do their homework. But you know what I discovered? The more I nagged, the more I HAD to nag. It’s like the nagging became the foreplay of the homework experience.

I learned to step away. I ask about homework. I ask if they need any help. But then my job is done. If they choose not to do their homework or study for their test, they are the ones who deal with the consequences.

The most difficult part about this one? Worrying about what the teachers think of me if my child does poorly. But it isn’t about me, it is about them developing good study habits and discipline that will carry them through the rest of their life.  I just pray they will learn this lesson before they flunk out of high school.

3) Disappointing someone they care about

I think the younger the better this one is learned. That your actions carry consequences. That you need to think of other people aside from yourself. If someone is important to you, then you make them a priority. I know so many adults who still have not learned this, probably because their own parents saved them or shielded them from the disappointments of others.

Last year I reminded my older children to call their grandmother on her birthday. They are old enough to have their own cell phones. They certainly never forget to call their friends or to call me to chauffeur them around town. One of them kept saying that he would do it later. Well, later never came. I could have stepped in, dialed the phone and handed it to him, but what lesson would he have learned.

When I confronted this child the following day, he had a bevy of excuses. I reminded him that his grandmother is 85 years old. She doesn’t have that many birthdays left. I may have thrown in some phrases like inconsiderate and think of other people sometimes. And some other choice things that probably better belong on a list of mistakes every parent should be allowed to make.

He called. He apologized. But most importantly, he learned his lesson. His future wife will thank me one day.

Every time I consider telling one of my children my opinion of these things I think back to my own pre-teen and teenage years. Seventh grade was the year I decided to feather my hair. Every day I would use my curling iron to try and force my hair into submission. Then I would spray it stiff with hairspray. I’m not even sure I made it out the door to the bus stop before it drooped into a flat sticky mess. But, no one can ever say I was a quitter, I kept up that hairdo for almost an entire year.

Eighth grade was the year of the wispy bangs and more curling iron abuse. Also I wore lots of black concert shirts for bands I thought were cool, but i didn’t necessarily listen to or even like. Thankfully I had to wear a uniform to school so this fashion choice was confined to weekends.

Ninth grade I decided I wanted to look like some kind of half-assed punk rocker. I shaved the underneath part of my bob haircut and did this odd spiked thing with my bangs. I also pierced my own ear multiple times and took to wearing my crucifix from one of those holes.

Tenth grade saw me fully embracing the neon clothing, over-sized shirts that hung off my shoulder, and leggings. I scrunched my socks down into my Capezios. In fact, I seem to recall layering my socks. My memory is a little fuzzy. I probably have blocked it out, because who in their right mind wants to make their ankles appear twice as large and dwarf your feet.

Those things are just the tip of the iceberg, a large unfortunate iceberg. So really, how can I complain about any sort of choices my kids make, whether it is my 9yr old drawing tattoos on himself with permanent markers or my teenagers wearing shorts so long and baggy they look like they have no legs.

In the grand scheme of life, these things don’t really matter. Just make sure you take lots of photos. They will be useful later.

5) Quitting something they will regret later

Who stopped taking some sort of lesson as a child and has regretted it ever since? Raise your hand.

It just gives your kid a hobby to take up again in adulthood. I am looking into buying a piano. You know, for the “kids.”

How about you? What mistakes do you think every kid should be allowed to make. I’m sure you have some opinions.

************
This post was inspired by Real Simple’s “The five mistakes everyone should make” article in its September 2010 issue.