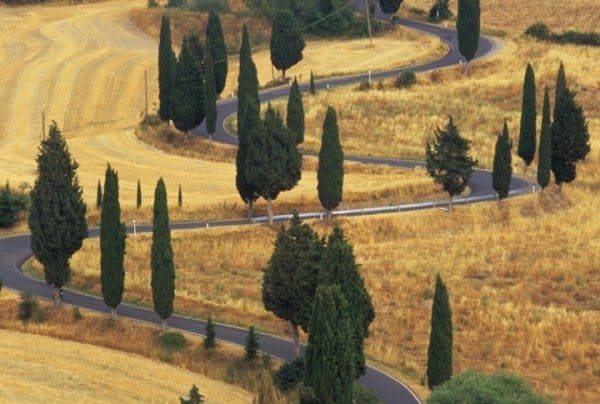 I am sitting here crying because I don’t know what to do right now. I have a three year old son who was a late talker, and has also been aggressive/defiant. I figured a lot of his behaviors were tied into the fact that he couldn’t communicate properly. He started with early intervention when he was two and was diagnosed with a phonological speech disorder. It wasn’t helping at all, so we decided to go through a private pediatric speech therapist. We have been going for about a month and he hates it. Today after about 15 minutes he just lost it. He was kicking, hitting, throwing things, and nothing any of us did could make him calm down. He does this a lot at home as well, mostly when he doesn’t get what he wants. We have tried every form of discipline and nothing even makes a dent in his behavior. The woman who runs the speech clinic is an OT and she strongly recommended he start seeing a behavioral therapist. At this point his speech therapy is useless unless his behavior changes.

My little guy is already in preschool twice a week, speech twice a week, and they want this too. I have a 17 month and another baby due in four months. I feel like adding anything else is just cruel. My daughter already has to wait in the waiting room with me for so much of this and I don’t think my son can take any more. That gives us no room for the things he likes to do. I thought about replacing one speech session with a behavioral specialist, but they say he really needs to be in speech twice a week. I used to be a high school special education teacher and I know how important it is to work on these things while they are young, but I just don’t know if it will be too much.

Oh, I’m so sorry. Reading your email was like opening up a time capsule to the sort of desperate emails and blog entries I remember writing just a couple years ago. I have been exactly where you are now. The absolutely disastrous therapy sessions. The lack of definitive answers from the “experts.” The seemingly endless about-faces and course corrections that keep you from feeling like you’re making any progress at all. You just want somebody — anybody — to FIX IT, and with each new person who fails to FIX IT, you almost stop believing that the problems even CAN be fixed.

But despite having been where you are emotionally, all the crucial details about my child were different, so I unfortunately can’t say that “oh, your solution is to drop therapist W and see therapist X two times a week instead and buy book about Y and Google Z. Oh, and cut out Red 40 and Yellow 5 food dyes. Ta-da! Problem solved!”

I can say that this frustrating zig-zag path through developmental delays and behavioral problems is usually just that: a zig zag. Trial and error. The first diagnosis and therapist and treatment plan rarely seems to work out perfectly — stuff gets added and taken away, new options are proposed and personalities clash and some approaches work and others are useless and some seem to actively add on to the carnage and make things worse.

But I know this much is true: The path only dead-ends if you let it. If you give up or stop trying or stop fighting. That’s the only sure-fire way to ensure that you will never find the solution or see improvement. No matter how overwhelmed you feel right now, no matter how unqualified you may think you are to parent this question-mark of a child, no matter how tempting it might be to just throw up your hands and quit everything and keep your son at home all the time or let the damn wolves raise him already…you don’t. You have your cry and your anxiety attack and your third glass of wine and then you sack up and call that behavioral specialist tomorrow and you just. Keep. Going.

That doesn’t mean, of course, that you can’t hit the pause button every now and then and reassess everything. If the speech therapy is “useless” given his current behavioral problems, STOP IT. Or cut back! I’m a bit confused by that…his therapists seem to recognize that the behavior stuff needs to be addressed before speech therapy can really make an impact, but they’re still insisting he show up twice a week for what sounds like little more than expensive one-on-one meltdowns? It sounds like MAYBE it would be worth pausing or cutting back on the speech therapy for now and focusing on one thing at a time. If the aggression is inhibiting the success of therapy, then by all means focus on the aggression. Give him a break from the speech sessions that obviously have negative connotations for him right now and see if the behavioral specialist has any specific recommendations about which problem is your chicken and which one is the egg and which one should get the Big Guns right now.

We had the same thing happen — with a terribly misguided attempt at a Lunch Bunch feeding therapy-slash-social-skills group that seriously made me HATE LIFE FOR MONTHS. Even though his eating/texture issues persisted, we tabled the problem for awhile because Noah clearly wasn’t ready to work through those issues, at least in that environment that triggered so many other anxieties and sensory quirks at the same time. Your son might not be ready to work on his communication skills just yet, or at least not so intensively. Perhaps a specialized social skills group that has SOME speech activities involved but mostly focuses on behavior and interaction would better set the stage for him, so to speak.

And yet, I know. You just read that sentence and groaned, because did I not read the part about how much stuff you have to send the poor little guy to? And the siblings in the waiting rooms and how overloaded the schedule is? Yes. I totally did. And you are totally right. I think some therapists DO sometimes forget that not every kid is an only child with a full-time stay-at-home parent to shuttle them from therapeutic activity to activity. And that not all of us are down with the modern take on overscheduling our kids to death. Making sure your son has time to be a kid is important, and making sure that his siblings are not short-changed is equally important, and unfortunately YOU, the parent, will likely be the only one to advocate for that position. But that doesn’t mean you shouldn’t.

I’ve felt guilty too — Ezra has spent more of his life in his car seat than I would have liked as I chauffeured his older brother back and forth to camps and private preschools, and every Thursday he amuses himself in an OT waiting room, looking at every child who comes in hopes that maybe one of them will stay and play with him, instead of going down that mysterious hallway where he’s not allowed to go. Last September I had to make a call to send Noah to TWO preschools everyday, knowing that it meant eliminating his afternoon nap almost overnight, and saying goodbye to regular afternoon playdates with his typically-developing friends (and MY friends, the moms). For us, it ended up being more than worth it. But sometimes it’s not, and it sucks being the grown-up who has to make the decision in the first place. “Trusting your gut” becomes both a tired, frustrating cliche…and also the best and only advice I can possibly give you.

Personally, I’d give the behavioral specialist path a try. I’m sure it will lead to other diagnoses and recommendations instead of being an end point in and of itself, but it might be worth it. In the meantime, I’d say you are completely justified in your concerns over your son’s schedule, and cutting BACK on a therapy that is “useless” right now is NOT the same as giving up. Yes, these things do tend to be very interconnected and overlappy and his behavior problems may stem from his communication issues…but it’s possible you’ve been putting the cart ahead of the horse all this time and just didn’t know it, and a new, drastically different therapy path will be the right one.

And yes, now is the time to address his needs head-on and get to the bottom of things. You know this. But cutting out one speech therapy session a week — or even both, if you really feel he’s just not at a point for them to be effective yet — can still be doing just that. Addressing what he needs most right now, and figuring out how to get those needs met in the context of your WHOLE FAMILY, and what’s best for them — AND YOU — too.