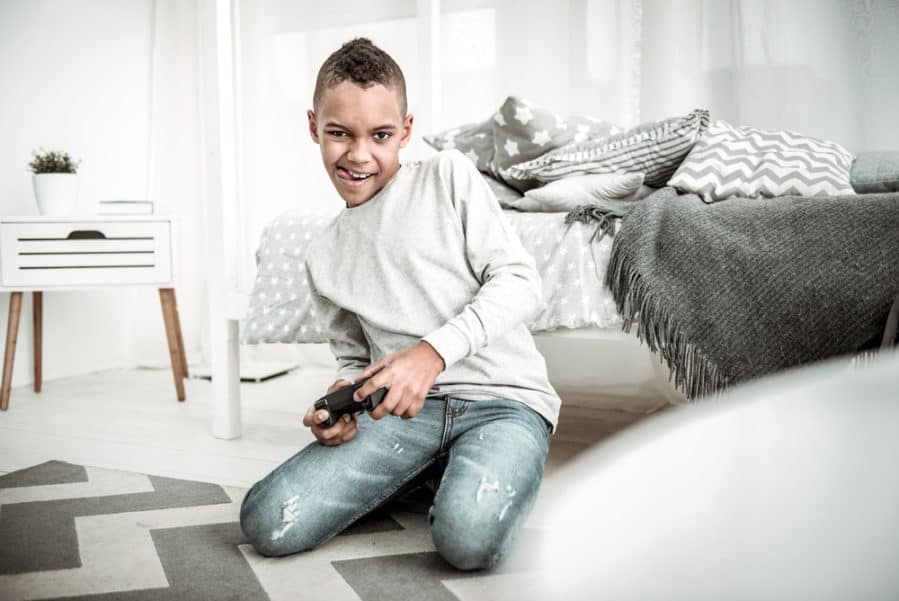 Learning for Fun (and Not Just Gaming) During Coronavirus

I received a question from inside the Alpha Mom family… from Amalah.

I’m not trying to be a perfect homeschooler here during our COVID Stay-at-Home orders, but I haven’t come across a lot of stuff aimed at teens. (And an autistic teen at that, who is absolutely loving all this time alone with low social asks.) My son is starting high school next year and his transition planning meeting got canceled and the school district isn’t offering much help and ahhhhhhh this could be really bad for him. But I don’t want to torture him (or me) and paying for remote tutoring isn’t doable right now either.

I feel like I went through all the various stages of watching a familiar action movie while reading your dilemma, because I’ve been through similar with my own hyperfocused, ASD kid, and also because–having seen this movie before–even though my heart rate accelerated here and there, on a basic level I know it works out okay. It really does.

Let me start by assuring you that a large (really, very large) segment of your teen’s neurotypical peers are right now doing exactly the same “become one with the gaming chair” routine in their own homes, and while you have the extra baggage of worrying about social skills and ability to adapt and all of that, retreating from his family to play video games may be the most neurotypical thing your son has ever done. They are all doing this, and while I agree it’s not ideal, it’s also not unusual. So allow yourself to shed a layer of worry there, at least, in knowing that this is the goal of most teenage boys, with a social distancing or shelter-in-place directive only serving to make endless hours of gaming seem downright patriotic.

Backing up, let’s start with actual school-assigned work. Is he completing what’s been assigned and you’re worried he needs to be doing more? Or if he refusing to do what’s assigned? If it’s the former, that’s workable but shouldn’t be cause for panic. If it’s the latter, well, time to be Big Bad Mom and disappear the game controllers until the work is done, obviously. You know that, so I suspect we’re talking grudging work compliance that you’re worried is not enough. (The exception: If it’s truly too much work for him, time to talk to his teachers. Remember that the advantage of having a 504 or IEP is that you’re allowed to ask for customization for your child, and if it’s the case that doing 50 math problems is causing arguments and angst when he can very well demonstrate mastery by doing only 10, then you can ask for 10. Again, this is stuff I’m sure you know.)

On the one hand, these are not normal times and I hesitate to encourage anyone to be worried about “when things get back to normal” because… frankly, I think that’s a long way off, for one thing, and also I think it’s going to be a big adjustment for everyone. We’re all going to need space and grace and will find ourselves blinking rapidly in front of other people trying to remember how to interact with someone who doesn’t live in our house or appear on a screen. (Do I shake hands? Ask how they are? Yell at the dog to get away from the camera? How do I people right??)

On the other hand, I think a lot of the panic people are feeling over suddenly homeschooling right now is unnecessary but highlights an important truth: Kids are supposed to be learning how to learn, and obviously we as parents want to support that however we can. In my very scientific poll of “talking to people who have kids in school” I am hearing only two refrains, and those are either that the teachers are giving too much work or they’re not giving enough. Neither situation is great. Too much work and you have anxious, overworked, and probably exhausted kids; too little work, and you’re potentially looking at skill regression that makes summer slide look like skipping a grade. So what’s a parent to do?

Let your teen pick what they want to learn

I think one slight adjustment may make you feel a lot better without making your son feel like he’s being overloaded, and the nice thing about it is that you can have all three boys do it, too. When my son was not in college and just working a menial job and coming home and doing nothing but gaming and watching YouTube in the evenings, I felt like I was watching his world shrink and his brain rot. Worse, because he was over 18, it wasn’t even like I could take the computer away or ground him or anything. So we worked out a compromise: I asked him to commit to spending one hour a day learning something new. Just one hour! And it could be anything at all, in any manner he chose, but it had to be something he didn’t already know a ton about.

We started with a list of suggestions from me because starting is the hardest part, of course. I directed him to Khan Academy–which we hadn’t used since our homeschool days–and also our Netflix queue, and I gave him a bunch of books related to the history of gaming. Watching Khan videos counts, I told him. So does watching documentaries! Pick a few things. Add some stuff to the queue, grab a video on something you’re curious about, and voila–you are still blissfully staring at a screen, but with significantly less brain rot.

In your son’s case, because he is younger, I might even go more specific, starting from a point that appeals to him. So, for example, I know your teen has a special interest in the Titanic, so maybe you point him at this piece about the largest cruise ship ever built or suggest he poke around the physics section of Khan Academy until he can explain to you how shipbuilders make sure their ships will actually float. Maybe you suggest he create a board game for his younger brothers to play. Maybe you get out the art kit one day and ask him to spent a solid hour doing something creative, even if he thinks it’s dumb, even if he hates it, even if you’re the literal worst because painting is for babies.

Whatever. Just mix it up, is what you’re trying to do. Keeping the brain elastic and open to new things is the goal. Learn new things, do new things, use your hands. Those are the mantras to guide that one hour a day. (Did my 19-year-old have a resurgence of interest in origami during his learn-and-do-for-at-least-an-hour-a-day time, and did tiny paper penguins appear all over the house for a while? Yep. Fine motor skills for the win, baby.)

This was also when my kid started teaching himself to code, which eventually led to him going back to school. But coding is a natural fit for any kid who loves gaming, so between Khan and sites like Codecademy and Code Avengers, there are plenty of places to check out that will have any kid immersed in learning pretty quickly.

A quick note here about reading, too.

This isn’t a time when we can go to the library whenever we feel like, though many of us have access to e-book lending, which is great. I used to regularly find free or cheap books I thought my son would enjoy and just purchase them and send them directly to his reader, so they appeared in his library. I hesitate to mandate reading time (it can turn even avid readers into reluctant ones), but making a wide variety of material available and reminding them that reading a new book counts as learning time usually was enough to make reading a frequent choice.

I also think our older kids forget about going outside, and that’s good for them, too. Have him walk the dogs or even just sit outside while he’s reading, weather permitting (and physical-distancing, of course). That’s good for him too, and gets him out of his room long enough for you to Febreze everything and for the teen-shaped imprint on his favorite lounging spot to loosen up a little.

Everyone feels like their kid is going to be behind at the end of this weird time, and everyone is both a little right and a little wrong, and simply asking for compliance with an hour a day of something new is enough of a counterbalance for now. We have extra fears/concerns for our special needs kids, but the basic rules still apply. Learning happens in all kinds of ways. What’s happening today is not going to be our reality for forever. A little extra gaming isn’t going to kill any of our kids.

1. Learning to Homeschool in the Time of COVID-19
2. Helping Kids Cope With Coronavirus Cancellations
3. Speech Delays in the Age of Coronavirus