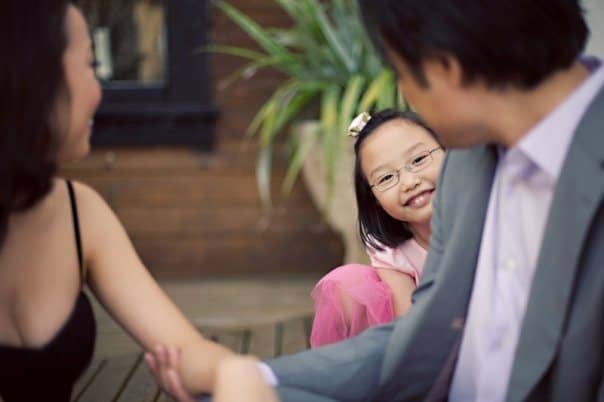 Modeling Healthy Relationships (Without Ever Seeing One)

I still haven’t figured out the mechanics of a good hug. When someone leans in to give me a hug, I’m not sure what to do with myself. Do I keep my arms by my side? If I raise them, do they stay low or go high? What’s an acceptable amount of squeeze? My hugs are usually followed by an apology because I inadvertently hit a cheek or brush against a body part I should not be touching. It seems like such a simple act, but there’s a whole science behind it. Since science was my 6th favorite subject in school, it’s really no surprise that every hug is a debacle.

The whole concept of affection mystified me because I didn’t experience it often as a child. My parents rarely showed affection to me or to each other. I didn’t even know what I was missing until I became a parent. Holding another person that close felt foreign. Each time I rocked my daughter, the love that flooded my insides was so intense that it made me feel queasy.

But it was delicious.

For a long time, it was just the two of us, a mother and her daughter. Then, when my Cal was almost eight, I got married.

Romantic affection was not my specialty either. The first few I love you’s caught in my throat as I said them to my husband. Everything I knew about love came from movies and TV shows, and I wanted less Dynasty and more The Cosby Show. Except for the part about Mrs. Huxtable being a lawyer. I think you have to study a lot for that career, and that’s not really my style.

I didn’t want to repeat the pattern I witnessed as a child: passive-aggressive jabs, heated arguments, then long periods of silence. I preferred the noise of their disagreements. Silence can be so overwhelming. After witnessing this cycle for years, I didn’t have an optimistic opinion about marriage. Love seemed like a lot of work with very little reward. There was no happily ever after. Even love had an expiration date.

A small part of me used to think that we all grow up to be exactly who we are meant to be, despite bad parenting and difficult life situations. Eventually, we all blossom into functional, happy adults. I needed to believe this because it made it easier to tell myself that I had made it through to the other side, and there I was, an adult with a family of my own. And in this way, no matter how many mistakes I made with Cal or however many bad examples of toxic love she witnessed, she would still be fine.

I know now that not one part of this belief is true. Actually, what I want to say is that I was stupid and What the hell was I thinking?!, but I’m being kinder these days, not only to others but to myself. It’s important for children to see healthy examples of love and commitment and teamwork and forgiveness as they are growing up. I hope that my daughter will understand as a grown woman what kind of behavior is acceptable and what counts as a “deal breaker.” She will know how to respect herself by setting boundaries and her strength will allow her to walk away from unhealthy relationships.

Cal would know all of these important lessons about love because I would model them for her in my own marriage. Exactly how, I did not know, but I’m not one of those people that gets discouraged just because I’ve never done something. In my mind, I’m already extremely good at it, and I just wait for my subconscious to formulate a plan and catch up with my conscious belief.

Luckily, my husband is the product of a happy marriage. My father-in-law is a stoic man, but he has, not even once, talked about his wife without a smile on his face. Even when he complains about the 704th figurine she purchased for her angel collection, he does so with a chuckle. In my husband’s childhood home, he witnessed two people showing each other respect and consideration. He learned the art of reasonable disagreement. To him, two people disagreeing about an issue doesn’t signal divorce. It signals two people who….um, disagree about an issue. Not everything has to be cataclysmic.

We can give our children lectures about right and wrong, but sometimes there are no words for the most important lessons about good and bad. They learn from watching and absorbing. But I’m not opposed to using words either. I love you. You are special to me. Thank you for being in my life.

It’s hard to move away from everything I know, but in the place I know, those words do not exist. I have never told my parents that I love them.  In this new life, I can choose to create a place where peace is the norm. And, for no particular reason at all, we might hug in a totally non-awkward way and say I love you. You are special to me. Thank you for being in my life. And we mean it. 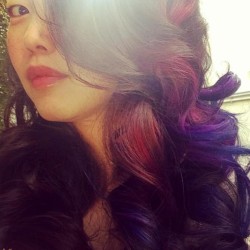