Twitter Facebook Pin It Email Article
Prev Teen to Teen: How to Support a Friend Who’s Away in Treatment Next Kid Going to Sleepaway Camp? Here’s What They’ll Need 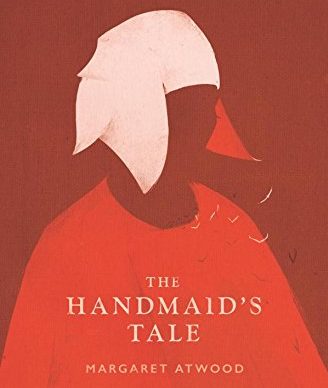 Welcome to yet another riveting episode of I Read And Watch Upsetting Things So That You Don’t Have to (Or So That You Can Have Some Groundwork Before You Do).

This past weekend I was feeling pretty okay about life in general, so I chose to reread The Handmaid’s Tale by Margaret Atwood. Much like when I recently reread 1984, this is a book I haven’t picked up since high school, and my memory of it was fuzzy. (Also, just as with 1984, if you have Amazon Prime, you can read The Handmaid’s Tale for free on your choice Kindle device or app.) This time, I was driven by recent chatter about the new Hulu series, and I wanted to have the book fresh in my mind before I started watching it.

My memory of this book, as I read it in high school: Oh, right, this is the story about how the government somehow assigns stations to everyone and women who can bear children are basically reduced to rented incubators. Ugh, depressing.

My experience of this book, as I read it this time: Oh, right, this is the story about how a government falls and turns into something twisted and horrible while people keep insisting that everything is fine, and we get to experience the horror and desperation through the eyes of a woman whose real name we never even learn, never mind that her ultimate fate also remains a complete mystery, except not really, because what does it matter when she is doomed no matter what? Uh, am I having a panic attack?

Soooooo. You know: proceed with caution, especially if recent political events are making you feel a little twitchy.

It’s not an easy read, no matter how ready you think you might be. I think my automatic defense, as a kid, was, “Oh but this is fiction and totally impossible.”

I’m torn, because there are actors in the Hulu series whose work I love, and I suspect they do a masterful job of bringing this story to life. On the other hand, I don’t know that I can bring myself to watch it. The layers of meaning in the book that may have eluded me in my teens—whether due to my immaturity or simply complacency—are making me deeply uncomfortable, now. I may not be ready to watch it all happening on-screen. On the other hand, as always, if you feel your teen is up to a challenging and uncomfortable read, I think tackling the book together is well worth doing.

What to know before reading The Handmaid’s Tale

If this book contained trigger warnings, those warnings might be a whole page long. Points for capturing a whole lot of trigger-worthy topics, I guess. Know that if you read this book, you’re going to be reading about rape, kidnapping, torture (both psychological and physical), police brutality, a totalitarian government, institutionalized misogyny, murder, infant mortality of all kinds, and suicide. It’s not an easy read, no matter how ready you think you might be. I think my automatic defense, as a kid, was, “Oh but this is fiction and totally impossible.” I don’t know about you, but a lot of things that used to feel impossible about the world just… don’t… anymore, so please be aware that what you may not have found triggering in the past—or might not find difficult in a story with a different backdrop—may really hit home here, in an unpleasant way.

As with 1984, I’d say this book is appropriate for high schoolers and above, with the caveat that very mature and not-easily-rattled middle schoolers might be okay with it, and some sensitive older students may still struggle. Please use your best judgment.

Ways to open discussion while you read

If you decide to read this book alongside your teen, I’d encourage a Socratic (question-asking) way of opening conversation all throughout the process, rather than waiting until you’ve both finished to discuss. You can use this strategy both to gauge where they are emotionally (and then talk through issues as needed) and to sort of prime them to be looking for certain revelations (or, conversely, to notice that which is not revealed). Some suggestions, in no particular order:

In the first third of the book

In the middle third of the book

In the last third of the book

I came away from my reading marveling at the human capacity for both survival and denial/repression. Also—and I don’t think this happened when I read it years ago—I am really, really irritated that we never find out her actual name. I realize that’s because she’s supposed to be “everywoman” in this new world, but I’m still annoyed.