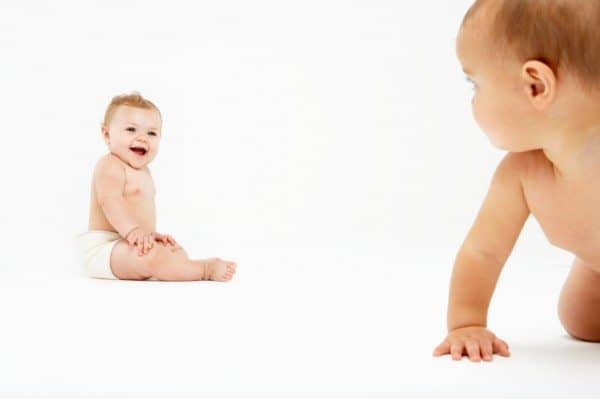 To Crawl Or Not To Crawl

I’m hoping this’ll be a really quick question. I’m a first-time mama to a beautiful 9-month-old girly that is awesome as can be. Today during her 9-month checkup the doc asked if she’d started to crawl yet. The little one has not yet started to crawl, or put herself in a “froggy” crawling position, or any of those things other than flail and whine and cry when she’s put on her tummy. The doctor showed concern at this and gave us the number to get her checked out for a developmental delay. He wants to do it sooner rather than later, because if she is, in fact, delayed, he wants her to be able to go to therapy for it before she gets frustrated that there’s things she can’t do, or places she can’t reach, etc.

My whole family has always been convinced she’d walk before she could crawl, and I thought that was a normal thing, too. That she could skip the crawling stage entirely. Now I’m sitting here staring at the card for the developmental delay place and fretting. Should I call? Should I wait, increase the tummy time she gets, and see how it goes? She stood all by herself while holding on to the coffee table for a few minutes yesterday, but she had to be brought up to her feet. She won’t pull herself up on her own.

Do I have reason to worry? Should I call the Early Intervention facility? (Gah, that just sounds so serious.)

Yes, you should call Early Intervention.

Now, I’m saying that to completely freak you out or imply that OH NOES THIS IS THE MOST SERIOUS WORRISOME THING EVER. Your daughter could absolutely be fine and going at her own pace and all that. Abso-freaking-lutely. But you should call for two reasons:

1) Because your doctor thinks you should. I am not your doctor, nor is anybody else in your family who may be downplaying your doctor’s concerns. Trust me, when you’re talking about developmental delays there will always, ALWAYS be naysayers ready with stories about kids who didn’t talk until they were four or walk until they were five and “turned out fine” blah blah blah. Take comfort in their words…while ignoring their recommendations.

The thing is, you’ve stumbled into controversial territory here. Many experts in the realm of developmental delays believe that crawling is an incredibly critical milestone, and that children who “skip it” and go right to walking are at risk of a myriad of problems later on. Sensory issues, fine and gross motor delays, low muscle tone, etc. However, other experts claim that’s all a bunch of nonsense and there’s a lack of definitive proof, and that the SIDS-related “Back To Sleep” campaign has simply led to more babies that hate being on their tummies and are more likely to skip crawling and walk instead. Here’s an article that covers both sides of the debate.

For the record, Noah crawled right on schedule. It’s a question I’ve answered about a bajillion times, every time we’ve had his sensory issues and delays evaluated. Yes, he crawled just fine. The first milestones he “missed” were gestures like pointing, clapping, playing “soo big”-type mimicry games, etc. From there he fell farther behind in communication skills, while developing a host of sensory quirks. But he absolutely crawled before he could walk. Meanwhile, I know at least one other child Noah’s age who skipped crawling, and who is still considered absolutely 100% typically-developing.

That said, Noah’s occupational therapist falls in the “crawling is super-duper important” camp, and always implored me to make sure Ezra and Ike got their tummy time and scooted/crawled first. (LIKE I HAD SO MUCH CONTROL OVER IT.) She knows a much larger pool of anecdotes than I do, obviously, so I admit I was pretty relieved when both of my younger boys got up on their hands and knees and crawled. (Both of them did their own weird tummy-scoot for awhile first, then the rocking back and forth thing, then finally crawling regulation-style around the same time they learned to pull up. Then cruising happened like, 24 hours after that. BAMBAMBAM.) I can honestly see and understand both sides of the debate. Better safe than sorry, get things checked out…yet also, let’s all not lose our collective heads over every kid who skips crawling and sentence them to developmental doooooom.

I am sure the comment section will be flooded with comforting stories about babies who crawled late, or not at all. And I’m certainly guilty of publicly worrying about a late milestone, only to have the kid DO THE VERY THING I WAS WORRIED ABOUT precisely three hours after I hit the publish button.

I still think you should call. Just to be sure, and safe, and to do what your doctor thinks you should do. I can’t tell you how many experts and therapists and teachers I’ve spoken with who read over Noah’s file and JUMP FOR JOY at the fact that our pediatrician referred him to Early Intervention when he did. Which was: Early, and at the very first sign of a red flag. And you know, he no longer has any trace of that original problem (speech delay). The stuff we’re still dealing with is — to be brutally honest — the stuff that I allowed Other People to tell me was no big deal and that he’d probably work out on his own. And we lost a lot of precious, early time and had to address it later, when the delays were even more pronounced and undeniable.

Too many people dither over the milestone charts and don’t want to upset/offend/raise-a-false-alarm and seriously: Nothing good comes of that, for a child that does need some help. And that’s all we’re talking about here: Help. It’s a good thing, even though it’s scary to admit that you need it, or your child needs it. If she doesn’t need it? Fantastic, but I promise you won’t regret going through the process of finding out, as nerve-wracking as it feels right now, staring at the number on the card.