Twitter Facebook Pin It Email Article
Prev Redshirting, from the Other Side Next Take Pictures that Really Capture Your Kids 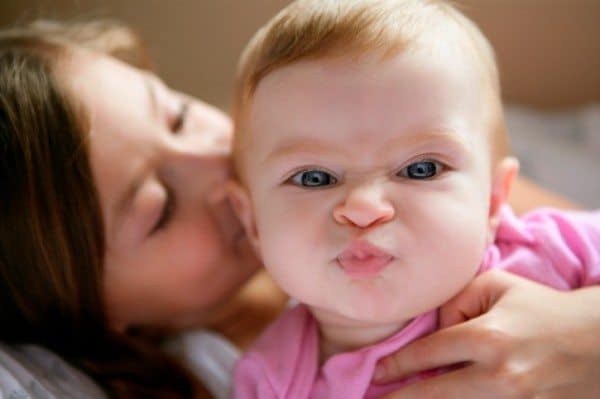 First off, we love your blog! My wife and I will be welcoming our first baby into the world this July and we have been researching cloth diapers for her. My MIL who is eminently crafty offered to make us cloth diapers, but as yet we have not seen any completed (though she has knitted some cute covers). I’m trying to prep for buying some diapers and I think we’d like to try GMD fitteds and/or prefolds. Did you find the workhorse fitteds to be worth the extra cost over the prefolds? I noticed you recommended the Thirsties Duo PUL covers. The Bumgenius Flip covers also look nice. Do you have any experience with them? I wish Rebel Baby Co would start making some as their fitteds look freaking adorable. Since your last posts on cloth diapering have you had any new products/tips you could give me?

Thanks so much for your help and time!

So, first of all: Green Mountain Diapers, the site many of you may have stumbled upon in your cloth diaper research, usually in the form of someone mentioning “GMD prefolds.” And talking about how WORTH IT they are, and how much better they are than other prefolds, and blah blah blah.

Well, I’m certainly not going to reinvent the wheel today either: GMD prefolds are the best best bestest prefolds out there. Do not bother buying anything else. Step away from the Amazon Prime membership and the inferior options sold elsewhere and get the GMDs.

And I have similar levels of hysterical love for the GMD Workhorse Fitteds. They’re fantastic, especially if you compare the price to other, fancier fitted diapers, ESPECIALLY in the newborn size. Five dollars! Five!! They aren’t quite as snazzy/fancy as a lot of the options out there, but…I dunno. I think they’re plenty adorable. I love basic, old-school white diapers!

I did not necessarily do everything “right” while trying to cloth diaper Ike as a newborn, and so the most frequently-asked question I get these days is usually a variation on: If you had to do it over again, what would you buy?

Well, I’d have bought some newborn fitteds, right from the start. Probably the Workhorses. And preemie-sized covers. No, you won’t use them for very long, but 99.9999% of my frustrations in the beginning had to do with poorly-fitting diapers and covers. Ike was 7 pounds, 9 ounces and everything I had for him was comically oversized. I had some preemie prefolds — but they weren’t GMD, and sucked — but if the cover is too big you’ll get leaks out the leg holes, no matter what you do with the diaper or how you fold/Snappi/pin. The whole “one-size” thing is a TOTAL LIE, and I don’t care how adjustable the rise and/or leg holes are. They aren’t going to fit properly until at least 10 pounds, maybe 12, and will drive you insane in the meantime. Buy diapers that FIT, and save the one-size versions for later. Trust me, you’ll still get your money’s worth out of them, even if you wait a couple months.

(On the other hand, if I’d been cloth diapering the 9 pound, 15 ounce Noah as a newborn, I probably would have declared myself a genius for skipping the tiny-sized diapers and covers. So. GAH WHO KNOWS.)

Jason loves prefolds — he doesn’t usually bother with fastening them, but just lays them in a cover and velcros it up. But I love the extra protection from leaks and blow-outs that fitteds give you, with the waist and leg elastic. I also find them to be easier to double and triple stuff, especially if you plan to Snappi or pin and are dealing with a wriggly, squirmy baby. Like you, I very much wanted to replace my outgrown Rebel Baby Co. fitteds with bigger ones — by that point Ike was ready for one-sized diapers — but alas, life happens and Leanne is unable to take on many orders. So I went looking for the most economical replacement, and tried a few different styles and Etsy sellers (with not much success, alas) and got completely overwhelmed by Hyena Cart…and then placed an order at GMD for some medium prefolds and tossed a couple medium Workhorse diapers in, just for the hell of it.

My stash these days is now almost exclusively GMD products: Two dozen medium prefolds, six medium Workhorses, six large Workhorses (Ike’s 20 pounds so we’re gradually sizing up, spreading the cost out as much as possible), and about a half dozen Workhorse doublers. I’ll also double up with our small/infant prefolds, or OCCASIONALLY stuff them into our much-maligned, leaking pocket diapers. Although the Rebel Baby Co. fitteds are too small, I still use the snap-in doublers from them. They’re very long and a thin combo of bamboo velour and hemp, and I add them to the GMD offerings for nighttime or long car rides, outings, etc.

I went doubler-crazy for awhile when Ike was soaking through EVERYTHING at night, so I have a ton of hemp/bamboo/velour/whatever doubler options. Then the heavy wetter stage passed and Ike now longer requires so much fabric at night. Which I didn’t know was something that…you know, happened. Oh well. I have enough doublers and extra inserts to cobble together extra whole diapers, if I had to.

We still use all Thirsties Duo Wraps (though I agree — the bumGenius Flip covers look awesome as well), and some wool covers. Bummis fleece and flushable liners. Snappis, cloth-diaper-safe ointment (GroVia Magic Stick, Grandma El’s, Earth Mama Angel Baby, etc.). Charlie’s Soap, plus a little OxyClean every once in awhile to fight staining.

And that’s about everything in the exciting, thrilling world of cloth diapering. Except for the part about how oh! Our utility sink is hopelessly clogged and the washing machine drains to the utility sink so GUESS WHO CAN’T WASH ANY DIAPERS until the plumber comes out later today? Blech.