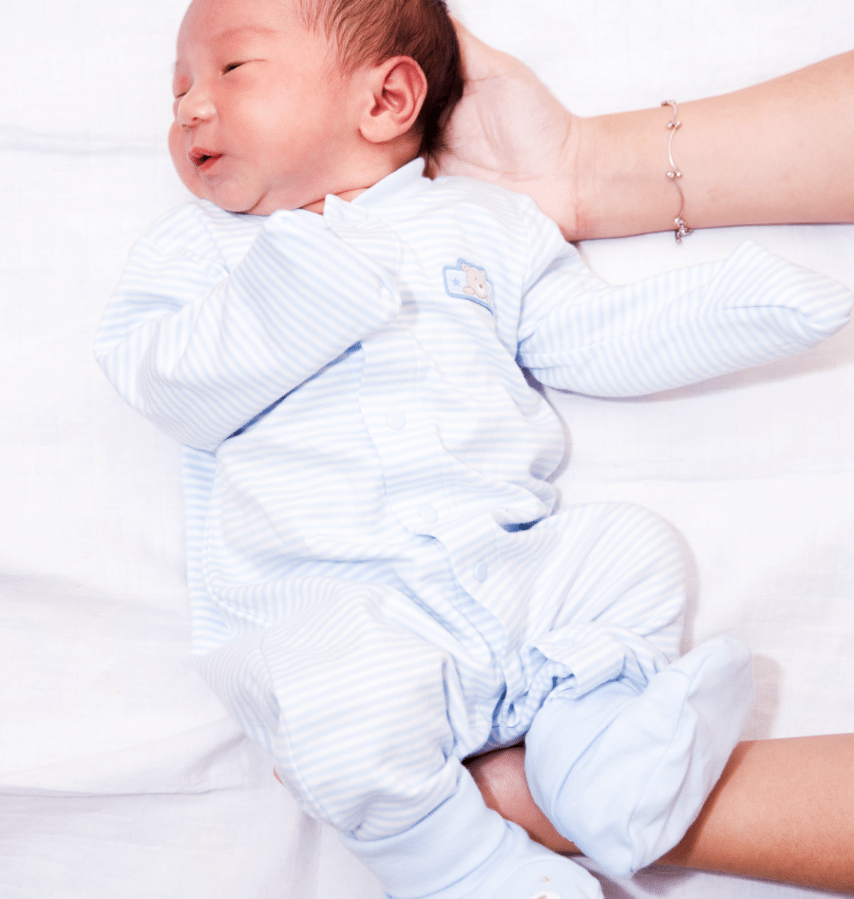 Mastering the Delicate Art of Drowsy-But-Awake

First of all, thank you for your blog! It’s the first I’ve heard of the 2-3-4 sleep schedule and I’m excited to try it. It seems like my son is right on the cusp of this. Sometimes his naps are too short for that, but I have noticed a short morning nap and longer middle nap and trouble with that third nap, so maybe this will help.

I have a question about night feedings. My 4.5 month old son has started having trouble going back to sleep after his 3, 4, or 5am feeding when I put him back in his bassinet. He falls asleep in my arms after eating, but once I put him in the bassinet he starts thrashing around and wakes himself up. Last night it took 2 hours and another feeding before I could get him back asleep in his bassinet. Could this be related to growth spurts? He is able to nap in his bassinet- sometimes going down drowsy and other times nursed to sleep. I am so frustrated. I can’t sit in a chair with him all night, but I don’t want to wake him up!

It’s entirely possible that this is your son’s particular flavor of the four-month sleep regression, which yes! Is very much tied to growth spurts, both in his physical and cognitive development. He’s going from sleepy dreamy boob wonderfulness to his bassinet and is now aware of the world enough to go HEY WAIT COME BACK BOOB WONDERFULNESS! Hence all the exhausting protests and fighting sleep for hours.

I have two main points to make about the four-month sleep regression:

It’s all easier said than done, of course, especially at this young age when most of us are loathe to tolerate any extended crying or fussing in the crib. But one of best (while also frustrating) strategies is to get him in that bassinet while drowsy, but before he’s been able to fully fall asleep in your arms or on the boob. It’s an admittedly tiny and easy-to-miss window (and you’ll absolutely miss it some nights; not your fault), but it’s really the best advice I can give you to curb the post-nursing thrashing without the sitting-up-all-night-with-him or forming other less-than-ideal boob-dependent sleep habits. You’ll want to do this at nap time too, if possible, to further support the routine that milk time ends before sleep time begins, and give him additional practice falling asleep independently.

It’s tempting to just zone the hell out during a middle-of-the-night feeding and maybe even doze off yourself a bit, but once you notice his sucking is slowing (or that milk isn’t flowing and he’s basically using you as a pacifier), use your finger to slowly unlatch him. Don’t IMMEDIATELY try to make the transfer — go for a slower transition. Once he’s off the boob and not protesting (and he might! sometimes I would do a couple false starts of unlatching/relatching before my baby was really done and sleepy enough), just hold him for a bit, but shift him in your arms to prevent him from nodding off completely. Go ahead and annoy him a touch, if you can, with the movement and shifting. Then move him to the bassinet and keep your hands on his body for a minute or two. Turn on a sleep soother, musical toy, white noise machine or other sleep cue. Then exit.

If he wakes up and it’s more than a tension-release fussing/wiggling (aka actual crying that is ready to escalate), repeat the last two steps of hand pressure and restart the music/mobile/whatever. Try this a couple times before caving and picking him back up, if at all possible. (It might not work, honestly, if he’s the sort of waker who goes zero to 60 with the crying. I’ve written a lot about tension escalators as well; they are admittedly much more difficult!) It you have to pick him up and nurse him again, repeat the whole process over again.

Good luck! I wish you a short regression and lots and lots of glorious, soul-saving sleep.