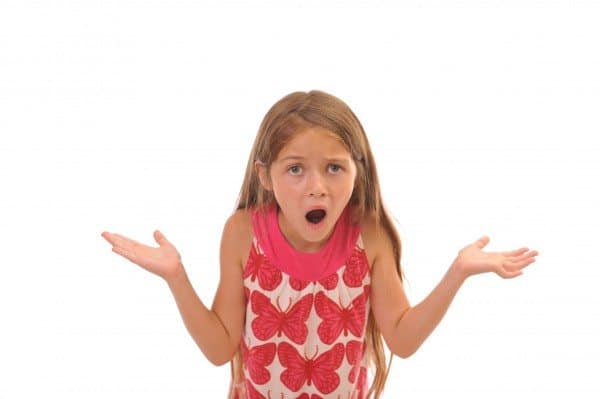 Every now and again, I find myself in a pickle of what to appropriately say to an inappropriate question, and I figured you could help. I assume you’re like me and think your babies are wonderful and the most perfect beings on Earth…and they are, right?

Yep, my baby is wonderful and perfect. And he has a birthmark.

Evan was born with a small stork bite on his forehead, and while most of the time it is hard to see, it shows up glaringly red when he’s upset. It doesn’t bother me a bit, and I know that it will fade more and more as he grows. Most of what I can tell, this type of birthmark is gone by the time the baby is two (or so) but might still show up from time to time into adulthood when he’s really good and angry. I can deal with that.

What I can’t deal with is the amount of people, particularly adults who say “Why does your baby have that red mark on his face?” Or you know, “What’s wrong with your baby?” My own mother went so far to offend me by saying “Are you sure we can’t put some scar cream on it and make it go away? Then he’d be really perfect…”

It really infuriates me that people who *should* know better don’t. I generally say “It’s just a birthmark that should be gone by the time he’s two”…however, is there a way to maybe clue some clueless people in that they’re being complete horse’s rumps about it?

Loving my baby boy (birthmark or not),
E

Ugh, I’m sorry you’re dealing with stupid people being stupid about something that is really, really common. And harmless, and like you said — something that will fade away on its own, with time, no scar creams (!) (and also, ?!!) or lasers required.

My little niece was born with a hemangioma on her forehead, right around her (hypothetical, at the time) hairline. It wasn’t large or disfiguring by any means, but was very red, raised and noticeable for the first year or so of her life. Then, like clockwork, it stopped growing and began to shrink and fade.

But you can only imagine the comments her parents got, because it honestly looked like an injury, or something indeed “wrong” with her head. It was the first hemangioma I’d ever seen up close (though I’ve seen the port-wine stains and stork bites), but my sister-in-law approached it in the very best way: short, sweet, to the point. Like I’ve said before to people looking for “witty” put-downs when someone says something stupid: THEY AREN’T WORTH THE EFFORT.

When I first met my niece at a few months old, my SIL brought her into the room and very matter-of-factly explained that she had a birthmark called a strawberry hemangioma on her head. “It’s noticeable now and will grow for a year, and then it will mostly go away on its own.” She even went ahead and pre-emptively answered a couple of boneheaded possible questions/comments about hats (not a good idea, just yet, because it was still growing and sensitive) and touching it (no, please don’t). She took the same approach when asked about it in public, with just a shorter script: It’s a birthmark, it’s harmless, it will go away on its own sooner rather than later. Usually the busybody would just nod, not really knowing what else to say. Sometimes they’d change the subject back to her gorgeous eyes or chubby fingers. I never heard anyone go on to say something awful after my SIL’s 10-second hemangioma lesson (like “oh, what a shame, she’s so beautiful OTHERWISE”) but I don’t doubt that someone did, at some point. You just can’t help some people.

But from what I witnessed, I do think my SIL had it right: prepare people at family or friends gatherings ahead of time, so you’re only explaining it once. Stick to the facts with the strangers. “It’s a birthmark. It’s called a stork bite or angel kiss, because they are very common in little babies and fade away as children get older. Who knows, YOU might have had one too.” The end. Most people really just want to know 1) if it’s harmless, or 2) if it will go away. Answer these questions and you’ll likely get them to back off. (Though this is harder for parents dealing with a port-wine stain or disfiguring hemangioma that may require medical treatment.) If someone insists on being really rude or stupid, answer them on a case by case basis — knowing though, that the more you engage with stupidity, the 1) longer the conversation will go on, and 2) the more upset/worked up you’ll be by the end of it, if you’re not naturally confrontational or mouthy. (“He is SO perfect. It’s a BIRTHMARK. Nice MOLES, jackass.”) I don’t see anything wrong with simply walking away from a stranger in the grocery store with a curt “you’re being really inappropriate, sir” though.

As for family members, like your mom: Yeah. Well. Families are the epitome of MEANING WELL, but often fall short. I think that’s why my SIL was already preemptively killing the “why don’t you just keep a hat on her?” debate by the time we went up to visit.

Birthmarks CAN be very jarring — even a lot of new parents, upon hearing the “it will go away on its own” prediction still want to get second or third opinions from dermatologists to see if anything can be “done” about it. But for the child’s sake — if say, the mark remains noticeable at two or four or seven — treating it like you’ve been doing so far, in a matter-of-fact and straightforward way instead of getting all YOU ASSHOLE about every unsolicited comment, could already be teaching your son to deal with it the right way too.