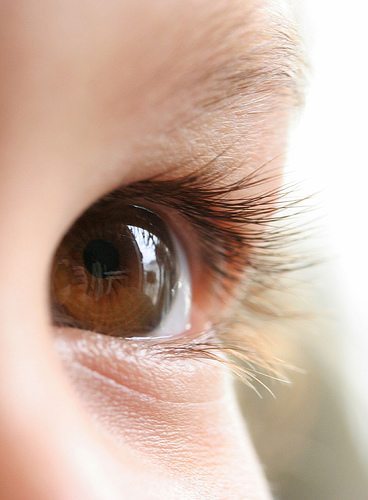 I am pretty confident that you are REALLY uniquely qualified to answer this one: It’s about the name “Noah.” Sort of. See, I have a Noah too. He’s 15 months old and walking and oh my gosh, I am expecting our first ER visit any day now. The kid is a TORNADO of destruction and zero common sense.

So I’m finding myself saying “NO!” to him a lot. Really, really a lot. Which probably isn’t a good thing anyway, but it’s the only thing my brain can come up with during the split second before he drops my cell phone in the toilet.

But…did you have problems with your Noah getting confused between his name and the word no? I think that’s what happening a lot of the time. I can only get my Noah’s attention if I really raise my voice and I don’t want to that mom who yells but I also don’t want a child who doesn’t recognize boundaries and rules and oh, I don’t know, basic safety precautions against killing himself. (I’m joking, sort of. We have babyproofed our house as well as we can but I still feel like the word “NO” is coming out of my mouth constantly these days.) I also don’t want him to hear his name and automatically assume he’s being scolded.

Is there something else I could be saying that’s further away from his name? Am I imagining this and it’s really that he’s just ignoring me?

Mom to Yet Another Noah

P.S. I realize the appeal of this question could be a little too narrow, though Noah IS a pretty popular name these days. But I figure I’m not the only broken record out there in search of an alternative to the endless “no’s.”

Yes, yes, yes. I remember this stage! I remember it so well and we’re just starting to go through it again with my second son, Ezra. No! No! Nobabynononooooo!

And while Selective Toddler Hearing Especially In Regards To Mama is a very real and true phenomenon, I definitely noticed that Noah would sometimes get confused when his name was called. Like he’d yank his hand back from a toy because what? What did I do now? And yet when it really MATTERED, he ignored the word “no” completely.
But no matter what your child’s name is, it’s always a good idea to use the word judiciously. You’re going to hear it parroted back to you A LOT in the toddler years, so it’s best not to give them a head start on learning to overuse it.

Even at this non-verbal stage, your son can understand a lot of what you say, so rephrasing (especially when it’s NOT a dangerous situation, but one about boundaries and rules) is a better habit to get into. Instead of “NO! Don’t throw balls inside!” you say something like, “Let’s take the ball OUTSIDE” or “Let’s ROLL the ball instead.” Emphasizing one simple key word helps. Even if he doesn’t understand all of it, you’ll feel better as a mother if you find yourself TALKING to him instead of barking out reprimands.

When it IS a dangerous situation, like touching the stove or scissors or running out in the street, try using words like STOP, FREEZE, DANGER, SAFETY, HOT, etc. (Freeze is a super-useful one for later, especially if you can get him to mimic a “frozen” stance or practice it as a green-light-red-light game.) And this is the time to break out the Mama Means Business tone of voice, not when you’re simply frustrated because he keeps trying to stick toys in your coffee cup.

All easier said than done, I KNOW. It’s a hard habit to break, because sometimes that word is just always the first one on the tip of your tongue. I’m particularly bad at picking my battles, too. Like…Ezra wants to feed some of his macaroni and cheese to the dog. While I would really rather he not throw food on the floor on principle, is it really the end of the world when the dog will probably snarf it all down before it even hits the ground? Eh, probably not, so I should just keep my mouth shut and try to redirect him instead, like getting him to feed it to me, or making macaroni airplanes fly into his mouth. Sometimes it’s waaaay more about my patience level than his actual behavior, you know?

To help Noah pay attention to the distinction between his name and “no,” we added a “thank you” to the phrase and emphasized that with our voices. “No THANK YOU, Noah.” Pretty soon “no THANK YOU” became our default phrase. Don’t get me wrong, we still probably overuse it with both of the boys and should do the rephrasing thing more, but at least it 1) gets Noah’s attention faster, and 2) makes me feel like at least I’m a POLITE broken record.

(I wish I could add 3) Noah always says “no thank you” as well, but haaaaaaa. No. Oddly, he’ll tell his brother “no thank you” when trying to wrestle back a stolen toy, which I think is pretty cute. But we still get the fire-y toddler-and-preschooler NOOOOOO’s of rage and indignation more often than not.)