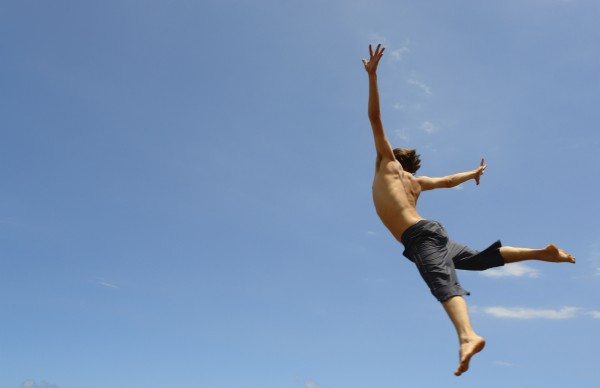 Advice for a Lifetime

This is the first summer that my oldest two teenagers have friends who are driving. This means that they are frequently away from me and I have NO IDEA what they are up to. Oh sure, they tell me what they plan on doing but then plans change. Suddenly one of them walks in the house leaving puddles on the floor having decided to go swimming rather than the mall and all I can think of is drowning.

I remind them to please let me know where they are going to be. And when they apologize and roll their eyes at me, in the way that tells me I am overreacting, because my god they are just so grown up and responsible. I usually say that I need to know where to tell the police to look for their bodies.

And they laugh. Because they are teenagers and they are invincible. And that makes me worry all the more.

I know this thinking sounds morbid, but honestly not since the earliest days of their lives when I lost sleep over the possibility of SIDS, of waking up to find them not breathing in their little beds, have their lives seems so fragile. Death is just waiting for them to do something stupid.

I have been thinking about the sort of things I want them to know before they head off into the world, to college, and beyond. The things I wish I had realized before I was much older.

1. Don’t do anything that you would be ashamed to tell your mother

This one has a wide berth. I mean, there are varying degrees of causing your mother shame. From mugging an old lady to posting a photo of yourself half naked on the Internet. Before you do things in life, pause for a second and ask yourself, would I want my mother to find out about this? If the answer is no, then don’t do it! Don’t delude yourself into thinking that your mother won’t find out, she will. Remember how you used to look in her hair for that other set of eyes she told you was hidden there? Those eyes on the back of her head are real.

2. The world does not revolve around you

I know. This one might be shocking since most of your life up until this point you have felt as though you were the sun and the rest of us danced around you, basking in your pure awesomeness.   The truth is that most of us felt that way when we were young.  Sometimes even as a long-grown-up adult you will find yourself back in that mindset.  Letting go of being self-centered will open you up to more beautiful and rich life experiences.

3. You are legally considered an adult

Oh, not for any of the fun things… like voting, drinking a beer, or serving on jury duty. No, just for accepting responsibility and going-to-jail parts of adulthood. So if you chose to do something stupid just remember the police aren’t going to take your phone away for a week as punishment. There are very real consequences for your behavior. Also, no one who is grown wants to serve on a jury. It isn’t as exciting as it is on television. Don’t believe me? Remember how much you wanted to mow the lawn or wash the dishes when you were five years old? Do you still beg to do those things? Exactly.

That first day when you are dropped off at college, don’t accept any of the credit card offers. There is this little thing called “compound interest” that you probably don’t fully grasp. That $5 coffee you just charged is going to end up costing you $30 bajillion dollars after interest. No really, there is math behind it that supports this assertion. And let me ask you, is that cup of coffee really worth it? Pay cash or don’t buy it.

Oh I know, it takes so much time. Who has 90 seconds to spare when there are text messages to read and Facebook statuses to update. Find the time. Because if you don’t one day you are going to need gum surgery or root canals and you are are going to wish with every penny you are now handing over to your dentist that you had taken that 90 seconds.  Especially if every other penny is still going to pay off that 30 bajillion dollar cup of coffee.

Remember to put sunscreen on your neck and the back of your hands. Because one day you are going to be forty years old and look down and wonder how your mother’s hands got attached to your arms. And let’s not even discuss turkey neck. At that point it will be too late, though you will make valiant efforts.

7. An ordinary life is still extraordinary

You don’t have to scale the highest mountain peaks. Or have the most college degrees. Or the largest bank account. Or live in a house that graces the cover of a magazine. You don’t have to do any of those things unless they make you happy. Don’t let other people convince you otherwise. Your life is amazing simply because it is yours. And you are worthy of all the happiness life brings you.

Honestly would it kill you to let her know what you are up to?  And while you are at it, stop ignoring her friend requests on Facebook.

Have you thought about this for your children?  What would you include on your list?