Twitter Facebook Pin It Email Article
Prev “Be An Iguana” (a Pep Talk for Your College-Bound Kid) Next The Final College Reminder: Failure Is Human (and Temporary) 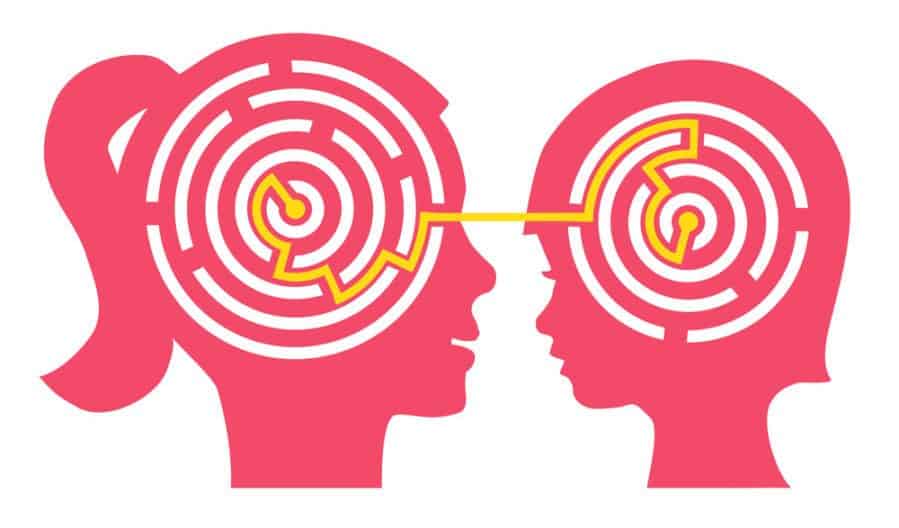 Preparing Without Scaring: Before ADHD Testing

Today’s question is a topic near and dear to my heart.

So we just finished what was a really tough school year for our 10-year-old daughter (and only child). The most difficult part was severe school refusal, complete with weeping and clinging to door frames rather than getting in the car to leave. We began seeing a family counselor, and the situation did get better, though it seems the improvement came more because our daughter made a choice to accept that school is inevitable rather than because of any particular change that we made. The other challenges relate to disorganization—not keeping up with homework, telling me at 10 p.m. the night before the class snack is needed, etc., and academic performance.

My daughter is a very bright girl—funny and clever with legit comedic timing. She loves to draw and adores dogs, and she can focus intently on activities that interest her (Pokemon, YouTube videos, swimming). But her grades do not reflect her intelligence, at all. She has gotten Cs in reading, for heaven’s sake, and she’s a great reader. She struggles in math and has not memorized her multiplication tables, which is something we’re tackling this summer. But I know she’s capable of making better grades in reading and English.

All of this said, we have an appointment with a child psychiatrist to have her evaluated for ADHD. I’ve done some reading about it, including poring over your blog posts about your daughter’s diagnosis, and it seems possible that Julie could have the inattentive type of ADHD. My question is: How do we explain to her that she’s being evaluated for ADHD? I don’t want her to think that we think there’s something wrong with her, or that she’s crazy or weird. I was thinking of saying something like, “There might be something going on in the way your brain works that makes certain aspects of school hard for you, and we’re trying to find out if that’s the case. If it is, then the doctor can help us find ways to make school work better for you.” I’m also not sure myself exactly what the ADHD evaluation will entail, so it’s hard for me to prepare her. Will there be a written test, or just a conversation with the psychiatrist?

As you can see, I’m really anxious about this appointment! My husband and I both have a hard time differentiating between what is “normal kid stuff” and what is “clinically diagnosable and unnecessarily impairing our child’s quality of life,” and we sometimes think that, if we had more than one kid, at least we would have more data from which to draw conclusions!

Well, if it makes you feel any better, having more than one kid doesn’t necessarily make “normal” any easier to spot. My kids are now 17 and 19 and I am still learning about stuff that’s totally normal (apparently) and not just another special-snowflake-feature. So let that part go, for sure. Your daughter is struggling and you want more information so you can support her, which is the right response!

The first thing I’m going to urge you to do is call the office where the testing is scheduled and just ask them. You want to know how long the appointment will be, whether there will be more than one appointment, and what sorts of activities said appointment(s) will entail. The last thing you want to do is tell your daughter, “Oh, it’s just half an hour of talking!” before you drop her off for three hours of tests. (More on length of tests and possibly what-to-expect below.)

The second thing I’ll tell you is that there are two schools of thought when it comes to testing for ADHD. One school says, “In order to diagnose any neurological difference, we need a complete picture.” That “complete picture” would then include a full-scale IQ test plus one or more targeted tasks designed to suss out specific deficits, as well as third-party observer questionnaires and either self-inventory questionnaires or—as will be your case, with your daughter still being a child—parent inventory questionnaires. This option is very thorough, but full-scale neurological assessment like this can also be quite costly. This leads to the second school of thought, which says, “If you suspect ADHD, test only for ADHD.” While this will also provide some information, I think you know which side I come down on—more information is always better. There are a number of reasons why limited testing can either miss or confuse relevant clues to what’s going on. (There is, for example, significant overlap between ADHD and Autism Spectrum Disorders and some learning disabilities.) I hope that your daughter is scheduled for a full evaluation, or at least a preliminary meeting intended to be the prelude to one. If you are seeing a professional who believes in a targeted approach, most likely they will be utilizing the Conners Rating Scale (rating scales for you and her teachers to fill out) and some version of a Conners Continuous Performance Test (a test on the computer which requires her to push the spacebar according to directions). (I have a lot more opinions on the divergence of these approaches, but will try to stick to answering your question for now!)

Explaining Testing To Your Child

Either way, you’re definitely on the right track with the explanation you’ve crafted thus far. I would suggest adding something about how “Everyone’s brains work differently, and that’s awesome! But sometimes the way your brain works isn’t the way school expects it to work, and while that’s still totally okay, if we have a better understanding of how your brain works, we can help make school less stressful for you.” If you think it’s the kind of thing she’d be receptive to, tell her that back in the “olden days,” kids weren’t allowed to be left-handed. Lefties would literally be punished and corrected until they learned to write with their right hands. Crazy, right? Nowadays we just accept that some people are left-handed and sometimes we have special desks or notebooks for them and sometimes we just accept that their homework might be kind of smudged from where their left hand went across it while writing. No biggie at all. Similarly, if you can do the testing and learn more about your daughter’s brain, you may learn that… she learns better while walking around. Or that she learns better by hearing things over seeing them, or vice versa. And whatever you learn, all of you can use those findings to make her life work better for her. School is supposed to be fun. It’s not sounding like it’s much fun for her, right now, and she’s at an age where she’s likely starting to internalize those struggles as “I’m dumb.” Reiterate that you know she’s smart and capable; testing is about figuring how to make it easier for everyone to see that. You can even add that any difference testing may uncover would be something so common, it has a name and lots of other people have it, too.

What To Expect During Testing

If she’s having a complete neuropsychological assessment, she will likely have two separate sessions (beyond an initial consultation, which would be a short meeting) of 2-3 hours apiece, and she will probably love it, because it’s made up almost entirely of games (well, they’ll feel like games). Some of it will be on paper, some on a computer or tablet (ask the provider, if you want to know for sure), and some may even be with actual manipulatives (blocks, tangram squares, etc.). I’ve never known a bright kid who didn’t find the testing fun. Bill it as brainteasers rather than tests. Also—if she’s the type to worry about such things—tell her that the doctor has to put everything together and come up with a report, after, and that can take as much as a month, depending.

If she’s just having a targeted (and thus shorter) ADHD assessment, she’ll spend about 15 minutes doing the aforementioned “hit the spacebar when you see the X” test on a computer, and possibly a single talk session of observation. Easy-peasy. (Conclusions will likely be available a lot sooner, too.)

J, your daughter sounds delightful. Think of this as the first step in helping her to be more comfortable in her own skin. If you’re excited/hopeful about the impending testing, chances are she will be, too. Good luck!