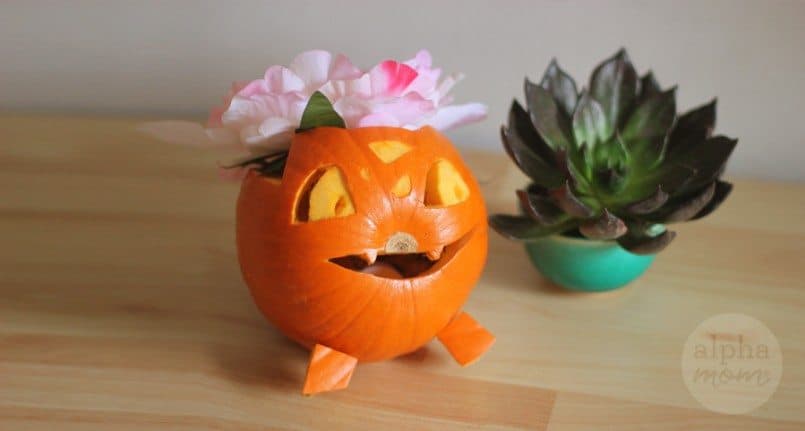 Pokemon Go hunters will probably be out in force this Halloween night so we thought it would be really fun to make a Bulbasaur and Ivysaur jack-o’-lanterns and join in on the Pokemon Go hunting fun!

Ever since I first spied the cute frog-like creature (Bulbasaur) with a bulb growing out of it’s back I’ve been thinking I needed to make a succulent planter in its honor. What could be more like a planter than a small pumpkin that I see everywhere when out shopping, right now? It was a no brainer. 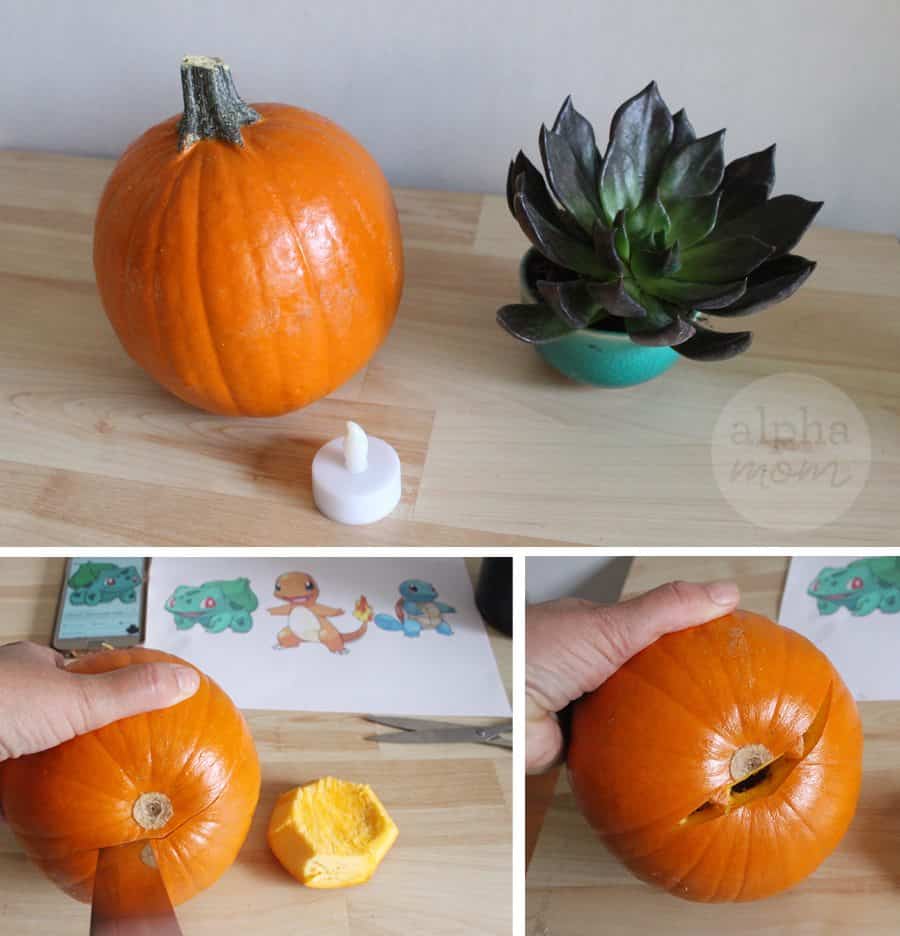 Supplies for your Bulbasaur & Ivysaur Jack-O’-Lanterns

How to make Bulbasaur & Ivysaur Jack-O’-Lanterns

Now let’s get started! Place your pumpkin on its side as if the stem was the Bulbasaur’s tail. Bulbasaurs don’t really have tails but we’ll just overlook that for now. Feel free to cut off the stem if you have any purists in your house. Now that your pumpkin is on its side, cut a flat spot on the bottom where it will rest on the ground so it doesn’t roll around.  Then cut a large hole into the top, big enough to fit your succulent into with a little room to spare. Use a spoon to scoop out all the pumpkin’s seeds and pulp, and hollow out our pumpkin.

Turning your pumpkin so that the opposite side from the stem is towards you, cut a large wide mouth in the middle, adding “little tiny fangs” on each side. It’s almost as if the Bulbasaur always dreamed of becoming a scary jack-o’-lantern with his cute little fangs. (If you need a template to help guide your cuts, we made one for you here!) Then cut your Bulbasaur eyes on each side of the wide mouth. We cut little slivers to the left so that we could leave in the big pupils looking right. 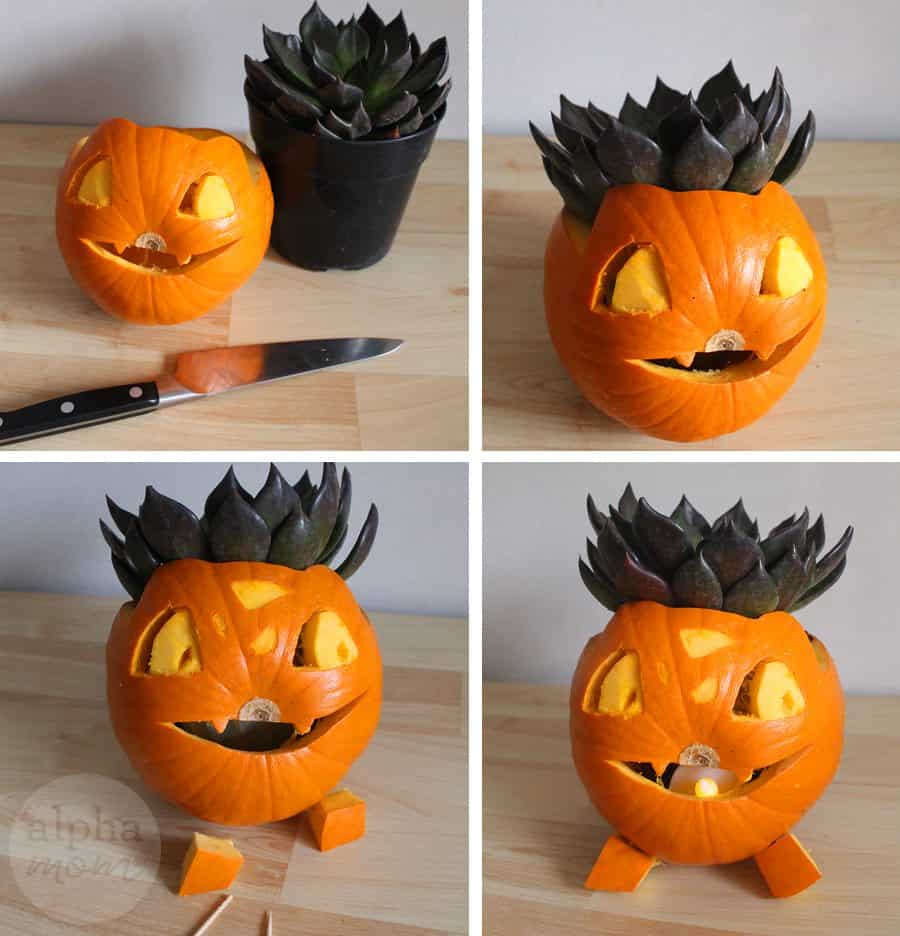 Instead of cutting big rounded triangle eyes we shaved down the inside pupil by just barely taking off the pumpkin skin with the side of a knife. Then we cut in some triangle spots on the Bulbasaur’s forehead. We also added ears by cutting the succulent planter hole a little lower but leaving the ears sticking up. See the template (you can download it from above) if you have questions.

This is about when I discovered that the pot that my succulent came in was a little too big for the hole I cut. I didn’t want to just plant the succulent into the pumpkin without the pot because I wanted to be able to light up his face later and I didn’t want dirt spilling out of my Bulbasaur’s eyes and mouth (though that could be fun too) so I found a smaller pot for the succulent. You could also use a small paper cup or even fashion a cup out of tin foil if you like.

Next, I carefully let my tea light (battery-operated for safety) rest at the bottom of the pumpkin, towards the front and then inserted my succulent in after that. I also added some little Bulbasaur feet with leftover chunks of pumpkin and some toothpicks but you could easily skip this step.

Evolving into an Ivysaur Jack-O’-Lantern 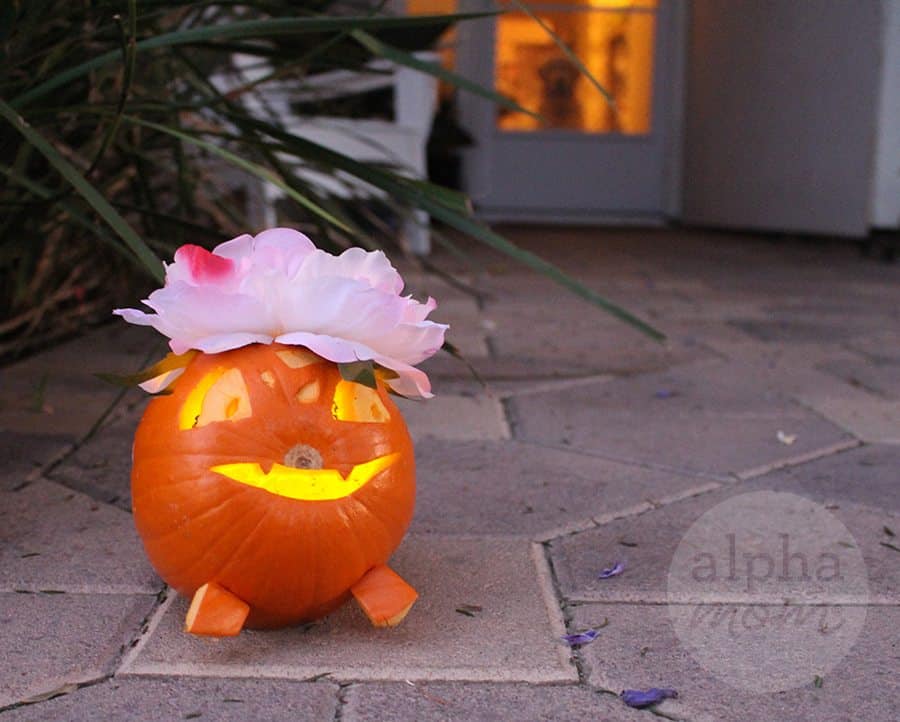 The flower idea actually turned out really cool when I set the Ivysaur jack-o’-lantern outside because the tea light illuminated the flower! But whether you choose to evolve your Bulbasaur jack-o’-lantern or not it’s sure to be a Trick-or-Treat hit this year we predict! 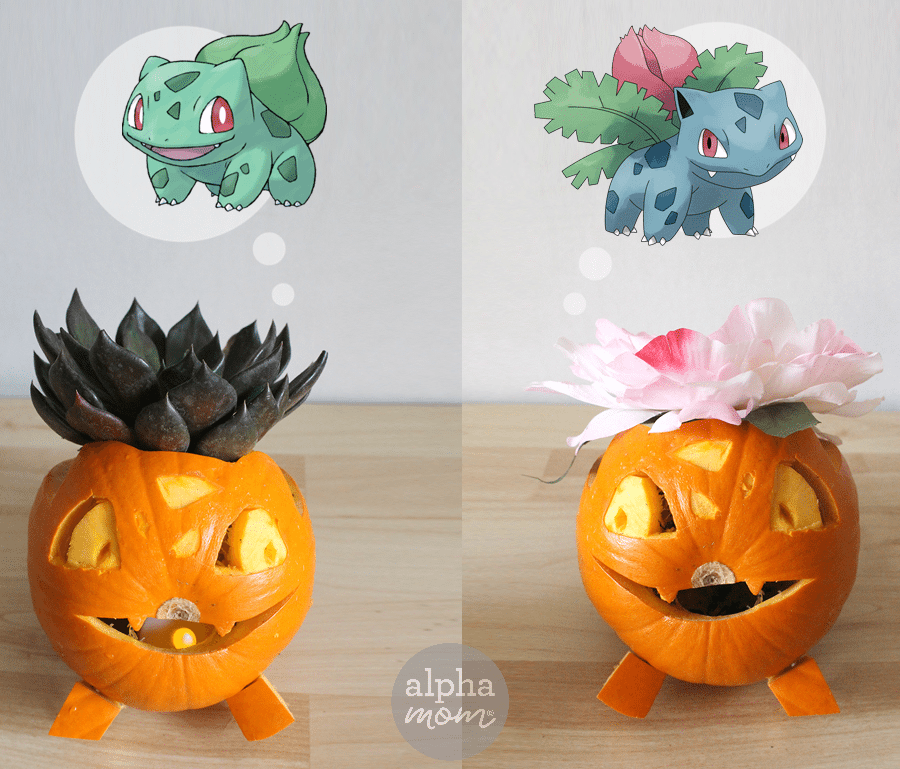