Wow, I wrote about Hat Month early in the week and thought to myself, ‘Wow, no one likes hats.’

And then the world opened up and my inbox is now pummeled with hats. Hats on everyone. Hats on cats and babies and kids and grown ups. I was wrong, people do love hats and a lot of you love hats on your kids for the same reason I do. They make you laugh, even when they make your kids cry. Some of you have even figured out how to overcome your child’s refusal to wear a hat.

You wear your own hats. We don’t need you babies! We can wear our own hats. (And the babies say, “Go right ahead you lunatics.”)

Antonia sent me a picture of her favorite hat. I don’t wear hats, but something about this hat tickles me enough that maybe I’ll have a few bad hair days and wear it. Antonia would like it noted that on the back of this hat it says, ‘DEPENDABLE – RELIABLE – SAFE’. Okay well that too but I mostly want it to keep my husband’s head from enlarging to mammoth proportions. 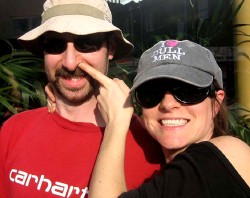 At first, when no one had any hats to send me, Isabel, queen of Alpha Mom, sent me many pictures of her own favorite hats, including this great picture of her wearing her favorite cowboy hat. You see Isabel lives in New York, I live outside Detroit. If I wore that hat the PTA would come after me with pitchforks and torches telling me to “be more normal”. In New York though, everyone’s personal sense of style is embraced and relished even. 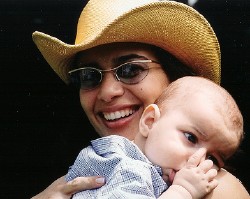 Some hats, like this one Christy sent in are a little like a Thudguard for grownups. Christy is very concerned about safety, she doesn’t want any “Heart Rendering Accidents” to happen to her when surrounded by life threatening hard surfaces. 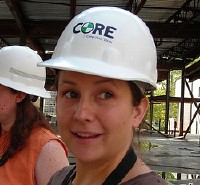 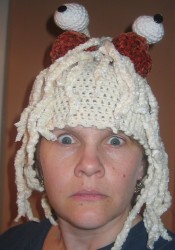 Amy has reclaimed the birthday hat with aplomb. Some people say Dora isn’t for the over 4 set, but I say you have until at least 40. 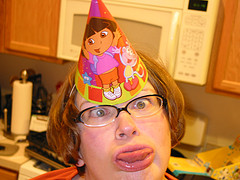 Some of you like hats with a lot of flair and I want to clap for you and your purple feathers. Melissa and her eight friends made hats for a float trip and, as she says, they “were very popular on the river that day”. Seeing this hat and hearing this is something eight friends did together I realize, I am way out of Hat Culture.

Serafina pointed me toward a really affordable and very useful architectural salvage warehouse near me and she doesn’t even have to have a hat picture to have my gratitude. But then, she still had a hat picture, because apparently that’s who she is. She goes above and beyond to bring me people wearing and enjoying hats. This hat is from her July wedding, her husband had a dream he’d wear a boater hat and so, he did. Serafina had a dream he’d show up at her wedding dressed as Colonel Sanders, but he surprised her. He found his hat at Miller Hats. 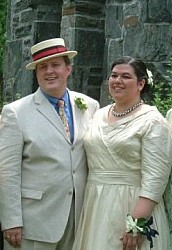 Stephanie sent me this picture of her husband, who is mostly like a robot with occasional monkey like moments, modeling the hat she made for her sister-in-law. I like monkeys and also robots (I married one!) so I am very fond of this picture. Even better? You can make this hat all by yourself at Knitty.com. 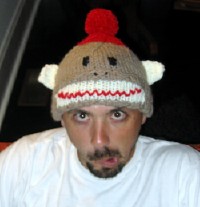 Sheila sent me this hat and it made me tear up and not because it showed the face of a child who really did not want to be wearing this hat and why are you such a jerk? Sheila sent me this picture of her Auntie Flora wearing her hat. In her email Sheila said, “It’s quite hideous.” But then she went on to say, “I love it though….” Then I finished reading her email when I wasn’t boiling pasta and emptying the dishwasher and correcting homework and realized this is the most beautiful hat anyone ever gave to anyone else. As Sheila says, “Cancer patients often lose their hair when going through chemotherapy, as my auntie did, so her daughter threw her a hat party. Everyone brought her a hat so she would always have something to wear on her head to cover the baldiness. I was amazed at the variety of hats, scarves, and hat & scarf combinations. Not one single style was duplicated. It was great fun! My auntie is doing well in remission so far.” 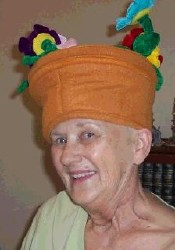 I know! And I still have more hats to share.